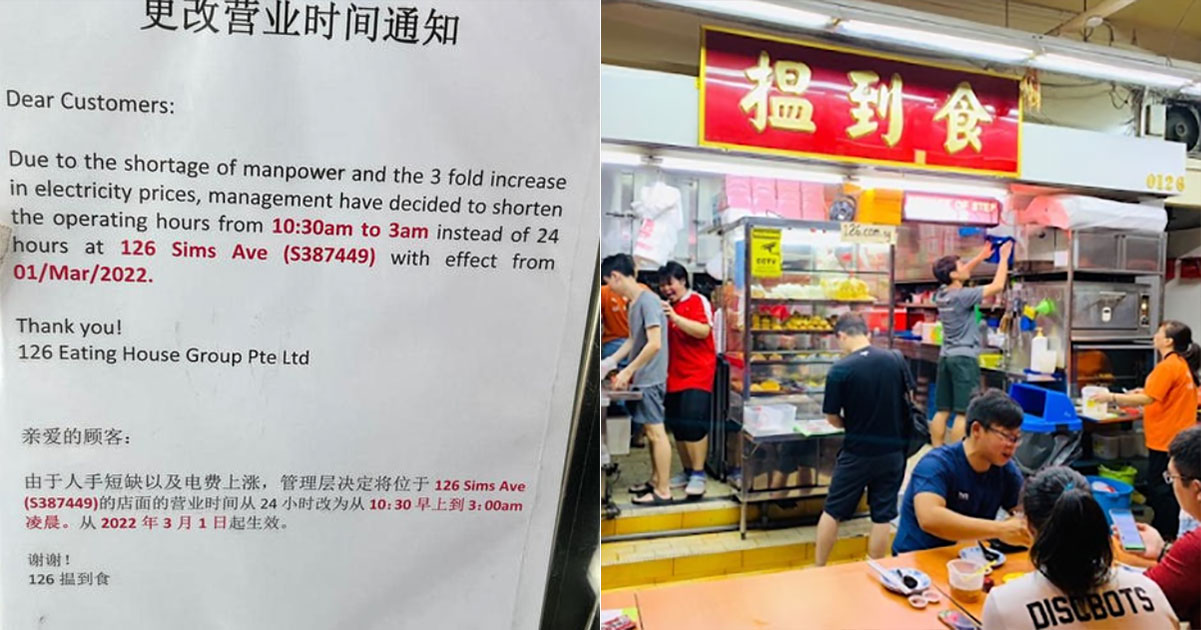 Supper and dim sum institution 126 Wen Dao Shi in Geylang is no longer operating for 24 hours a day.

Since March 1, 2022, the dim sum place, a perennial favourite hangout spot for night owls and those who like to steal chicken and touch dogs, will be open from 10:30am to 3am daily.

In a notice put up on Facebook on March 8, Wen Dao Shi attributed the shortened operating hours to the three-fold increase in electricity prices and manpower shortage.

The other outlet at Boon Keng has always operated between 5pm and 2am daily.

The surge in electricity costs was previously reported in the media.

A fast food restaurant in Bugis Village was charged S$10,654 for its power bill for December 2021.

This was more than double the bill in November and almost five times of October’s.

The shock bill in December reportedly wiped out the eatery’s profits despite good year-end takings.

At this rate, it appears that closing Wen Dao Shi during lull periods in the early mornings will help the business incur less costs.

SINGAPORE: World No. 3 Loh Kean Yew has another accolade to his name after becoming…