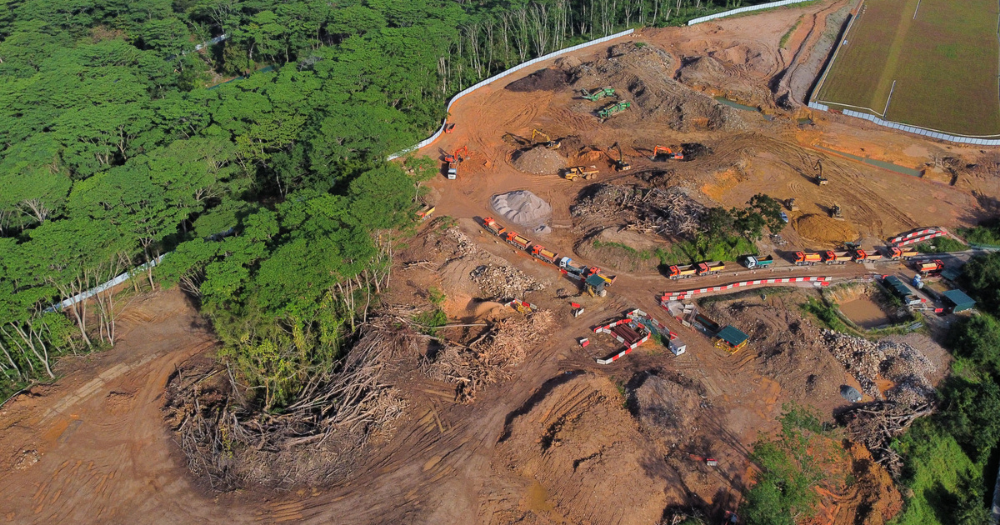 A year after the saga surrounding the unauthorised clearance of patches of forest in Kranji, investigations have found that two JTC staff provided “inaccurate information” to their superiors.

Chan admitted that some of the information he presented in Parliament was thus, inaccurate.

NParks’ investigation into the unauthorised clearance began on Feb. 21, 2021. A few months later, the agency uncovered discrepancies in the information provided by the two JTC officers.

To rule out any possibility of corruption, the Corrupt Practices Investigation Bureau (CPIB) was brought in. They subsequently ruled out corruption.

The case was then referred to the police to establish what happened and identify if there was any criminal conduct.

As police investigations into the matter have just concluded earlier in March, Chan elaborated further on the details of the inaccuracies during the Committee of Supply debates on Mar. 10.

This was inaccurate as investigations found that clearance had commenced without the National Parks Board’s (NParks) approval even before December 2020.

Additional plots of land of at least 2.8ha had also been cleared without NParks’ approval.

Last year, Chan had also said that JTC’s contractor, Hua Tiong, had not been paid for the over-clearance.

He corrected his past statement, saying that some payment was made for the unauthorised felling of trees.

JTC’s relevant department subsequently processed the payment without realising that the clearance of forest was not approved.

In this case, “there was no intent by JTC staff to mislead,” Chan said.

In 2021, Chan had also said that the unauthorised land clearing was discovered by JTC’s project manager on Jan. 13, 2021.

This is false — investigations found that the project manager already knew of the unauthorised clearance before that.

“It appears that they misrepresented the facts and gave inaccurate information to their superiors,” Chan said.

This case will be referred to the Attorney-General’s Chambers (AGC), which is now “considering the matter”.

“After discussing with AGC, I was satisfied that I could update Parliament now on what the police have found. But I emphasise to members that the above is the police’s views of the facts, and the matter could go to court.”

Chan said that questions such as “Why did the officers do this?” would arise.

However, people should be “very circumspect about speculating on [the officers’] motives”, and these motives will likely come to light and be dealt with in court.

Due processes should be followed: Chan

The Kranji woodland site was already earmarked for clearance and chosen for the development of an Agri-Food Innovation Park (AFIP) in 2019.

However, Chan said that processes should still be followed, which include receiving timely approvals from NParks.

NParks confirmed that if the due process had been followed, it would have given approval for the forest clearance, subject to the necessary conditions being met.

“However, regardless whether approvals would have been forthcoming, the JTC officers had a duty to give the correct information to their supervisors and MTI. Failure to do so is wrong, and cannot be excused.”

Currently, MTI is reviewing the investigation findings with JTC.

Apart from possible court proceedings, MTI and JTC will take the appropriate disciplinary and administrative actions against the individuals responsible, as necessary, Chan concluded.

In a statement posted after Chan’s clarification in Parliament, JTC said it “apologises unreservedly for the incident”.

Thus far, JTC said it has cooperated fully with NParks, CPIB and the police.

“As part of the Public Service, JTC expects all its officers to conduct themselves with professionalism and integrity. The conduct of the two JTC officers fell short of this expectation.”

Moving forward, a disciplinary panel will be convened to consider appropriate disciplinary actions against the officers involved, as well as their senior supervisors if they had been in breach of their duties.

The Kranji woodland used to be part of the former Keretapi Tanah Melayu (KTM) railway line.

Back then, most of the site comprised of disused scrubland, which eventually became overgrown by fast-growing non-native Albizia regrowth.

The proposal by JTC and NParks included retaining the railway line as a green corridor within the AFIP.

As the development site is not close to any sensitive nature areas, an environmental impact assessment is not required.

However, a survey by the Nature Society Singapore previously recorded 47 bird species from the larger 70ha area in Kranji, which includes the 25ha land allocated for the AFIP.

Members of the public became aware of the forest clearance after photos showing the “before” and “after” of the site went viral online on Feb. 15, 2021.