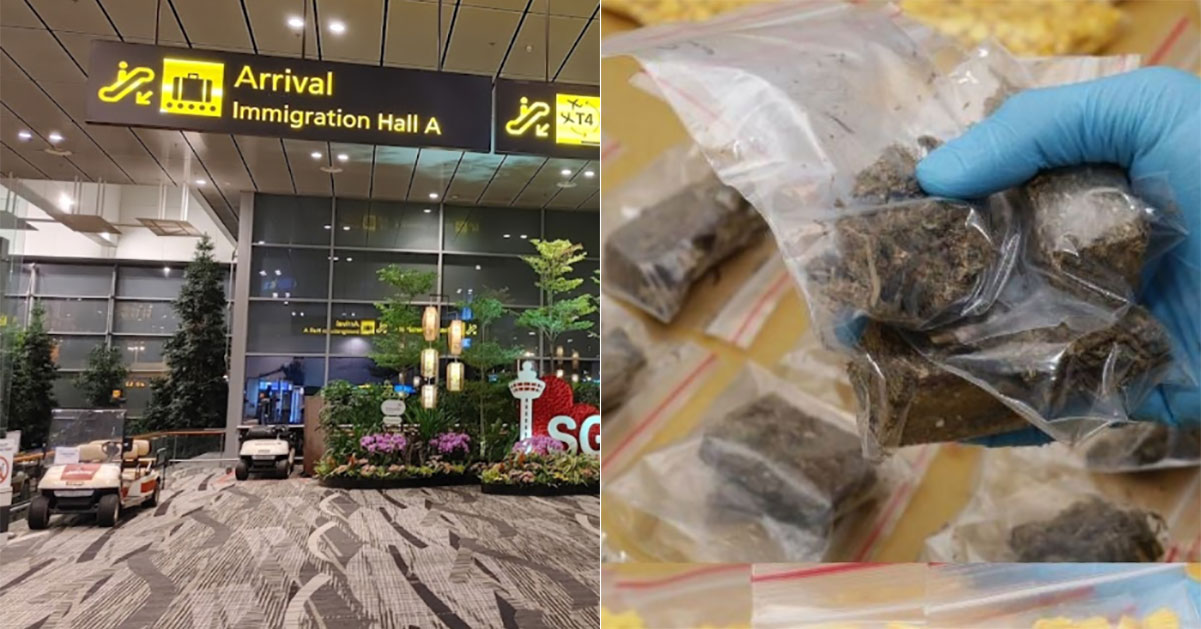 A total of 41 Singaporeans and permanent residents were arrested in the first eight months of this year for suspected drug abuse overseas.

They were arrested at immigration checkpoints upon returning to Singapore from January to August 2022.

The Central Narcotics Bureau (CNB) released this latest figure, which was reported by The Straits Times.

The majority of those caught who do not have existing criminal charges are channelled towards rehabilitation, CNB added.

The number of those caught is far fewer than during the pre-pandemic years owing to Covid-19 border controls, CNB added.

During the pandemic, there were 30 arrests in 2020 when travel grinded to a halt from March.

It is an offence for Singapore citizens and PRs to consume drugs overseas.

The offence may be dealt with as if it had been committed within Singapore under the Misuse of Drugs Act (MDA), CNB noted.

A first-time drug consumption offender faces a jail term of between a year and 10 years and may also be fined up to S$20,000.

But in most cases, drug abusers who do not face other criminal charges will not be jailed, said CNB.

Those not jailed may be placed on a direct supervision programme or committed to undergo treatment and rehabilitation at the drug rehabilitation centre, CNB said.

While those serving their NS with the SAF will be subject to the Singapore Armed Forces Act.

The MDA was amended in 1998 to allow for the law to be applied to those who consume controlled drugs overseas, CNA reported.

Then-Minister for Home Affairs Wong Kan Seng said in Parliament during the second reading of the Misuse of Drugs (Amendment) Bill on Jun 1, 1998, that the government needed to plug the “loophole”.

More Singaporeans were taking drugs overseas, with the number of people testing positive for drugs at checkpoints rising 26 per cent from 1994 to 1997, Wong said.

The Central Narcotics Bureau (CNB) were unable to charge those who used drugs overseas back then, even if they tested positive at immigration entry points.

It states that a person found to have smoked, administered to himself or consumed a controlled or specified drug – whether outside or within Singapore – through a urine test will be dealt with as if the offence had been committed in Singapore.