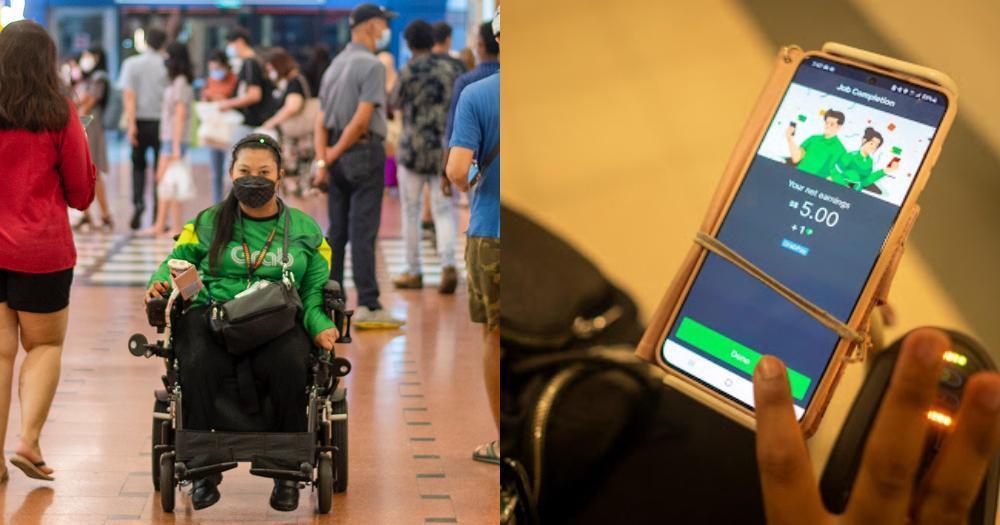 Born with cerebral palsy, Roszana Ali, 30, faced difficulties finding a job after completing her education in 2011.

Despite going for numerous interviews, all she encountered was rejections.

After close to four years of unsuccessful job-searching, her best friend Juni Syafiqah Jumat, who also suffers from cerebral palsy, recommended Roszana to try out being a GrabFood delivery-partner in 2018.

Despite some reservations due to her fear of interacting with strangers, Roszana decided to take the plunge, and today, four and a half years into the job, she says working as a GrabFood delivery-partner has changed her life for the better, helping her to achieve financial independence and a sense of purpose.

“Being a GrabFood delivery-partner allows me to get out of the house and meet people. Before this, I was very shy and afraid of strangers. I just stayed at home and helped my parents out with the chores. But now that I meet different people every day, I have become a more confident person.”

“It really means a lot to me, being able to work. It allows me to feel like I am a useful member of society. During the pandemic, when everyone was not allowed to go out. I was able to help out by sending people food.”

Roszana lives in Boon Lay so her deliveries are centered around Jurong Point with its many food outlets.

Because she makes deliveries using her electric wheelchair, she has learnt to be selective with the jobs that pop up on her app.

She shares that Grab’s delivery app has a “Manual Accept” feature which means riders have the flexibility to decide which jobs they want to take on and reject those that they do not.

She only takes on jobs with routes that are accessible to her wheelchair.

As such, sometimes it can take her up to 20 minutes to find a suitable order even though the orders do come in quite regularly. 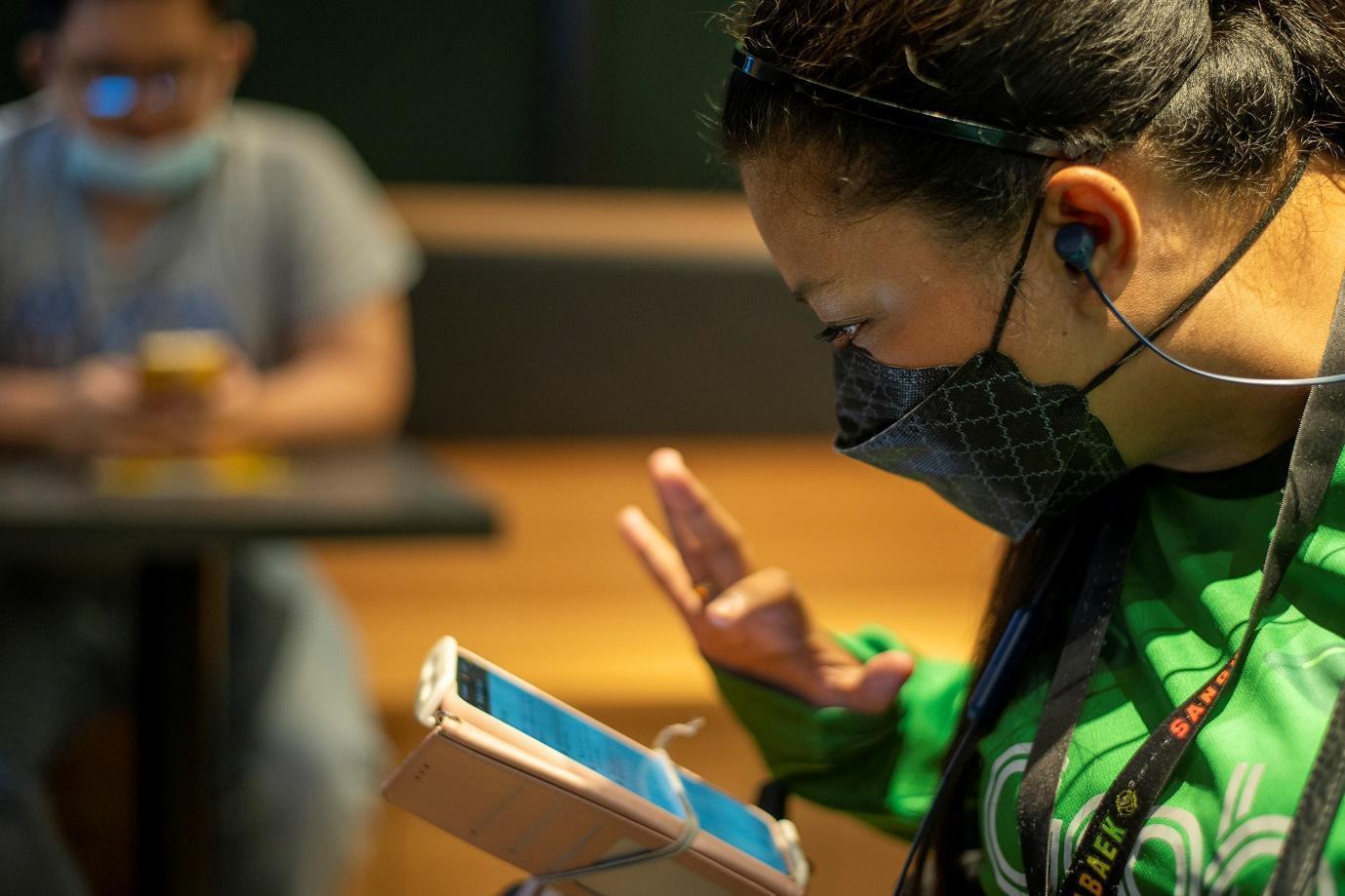 She shared an episode from when she was just starting out when she accepted an order to deliver to a block of old flats in the Taman Jurong area.

“When I got there, I realised that the lift did not stop at the floor I was supposed to deliver the food to. Fortunately, the customer was nice enough to come down to collect the food from me.”

With years of experience making deliveries around the Jurong-Boon Lay area, Roszana knows the area like the back of her hands.

She knows the areas to avoid, and most wheelchair accessible routes.

Even so, that doesn’t mean the commute is smooth-sailing all the time.

As I followed her around on her deliveries, I noticed little episodes such as cars which refused to give way to her at zebra crossings and along the way, there were road works which forced her to make detours.

However, these challenges could not deter Roszana.

She kept her head up and continued with her deliveries. 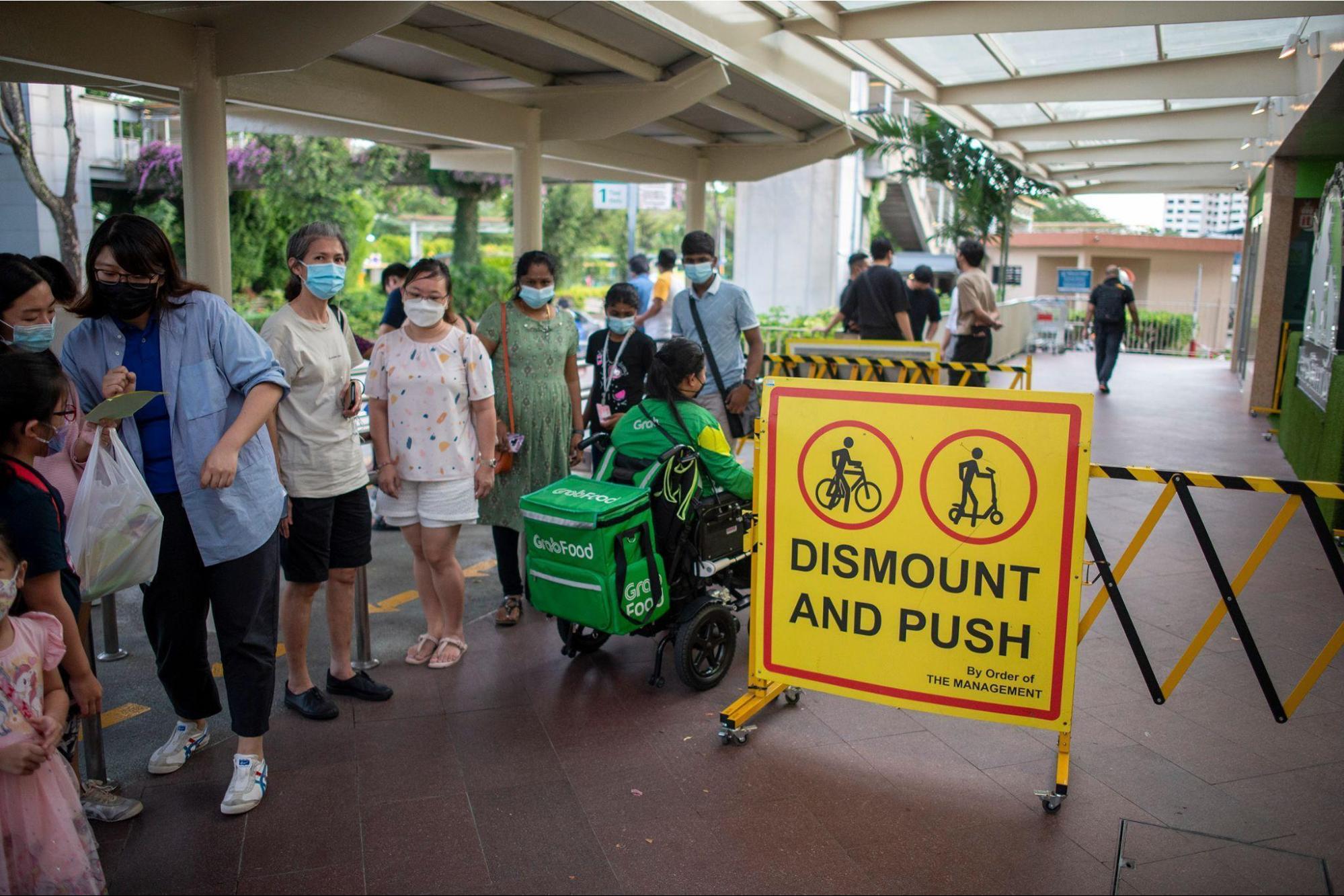 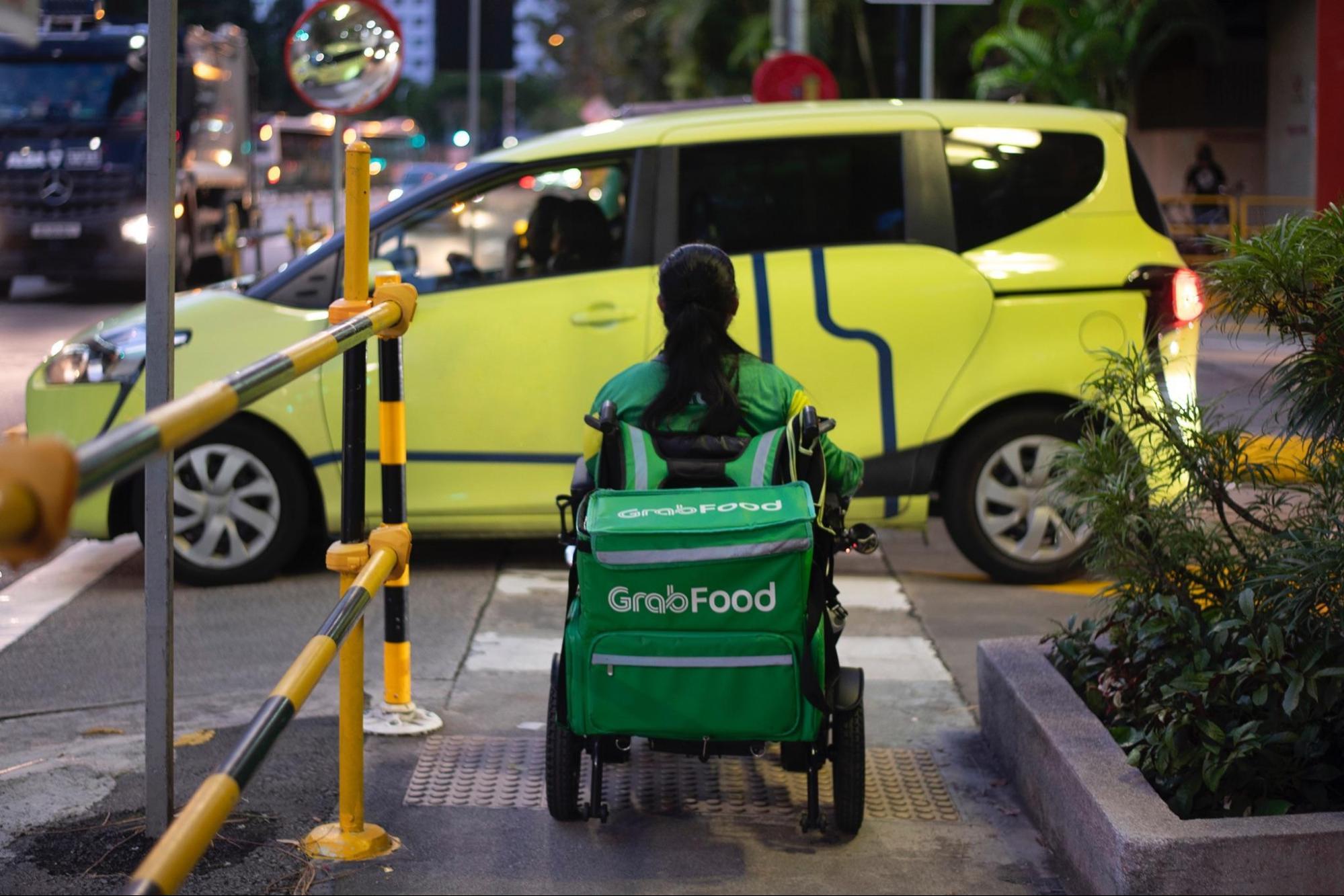 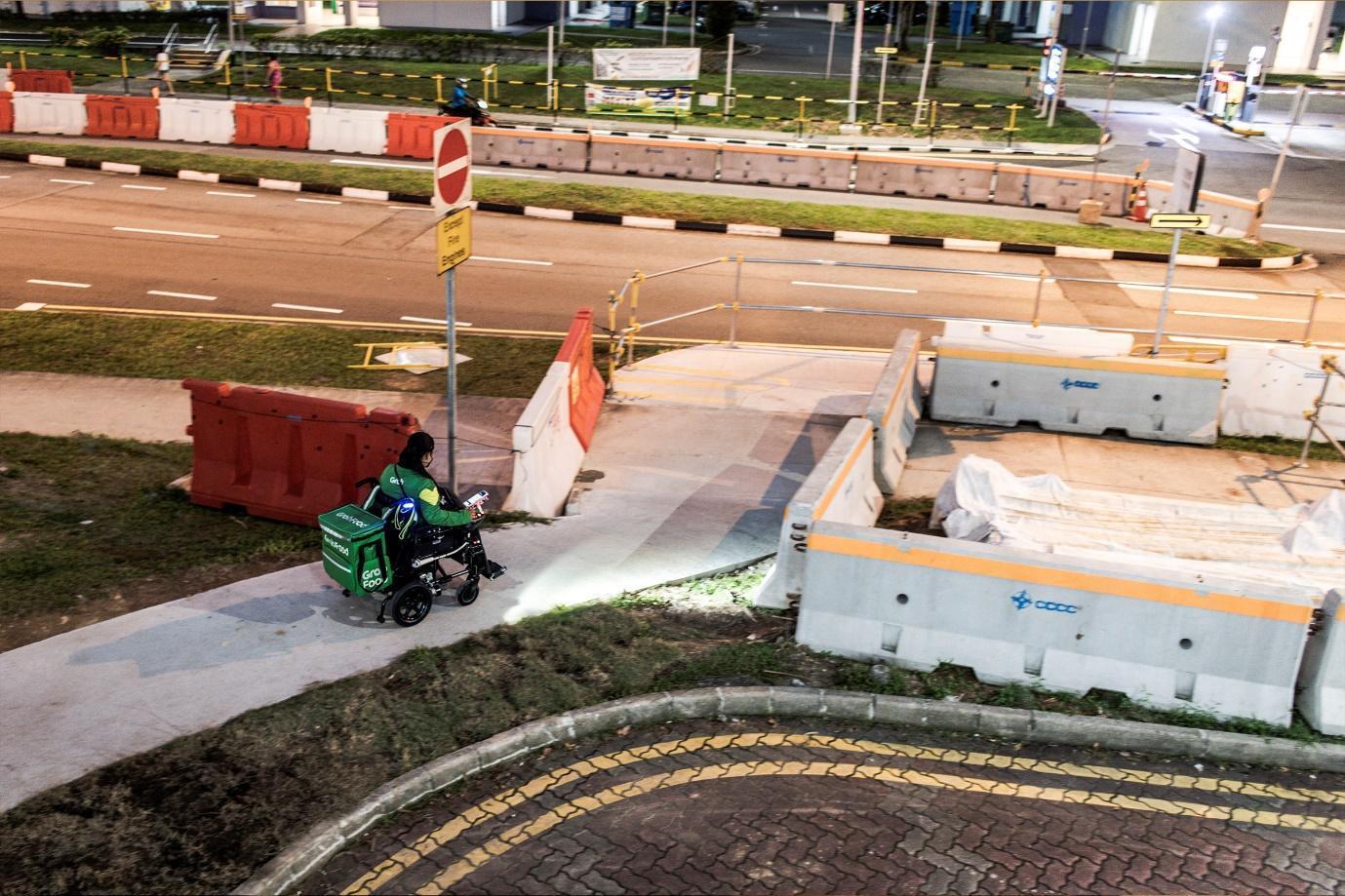 Roszana would avoid taking on jobs which require her to cross busy roads so she has not been involved in any accident while going about her deliveries. 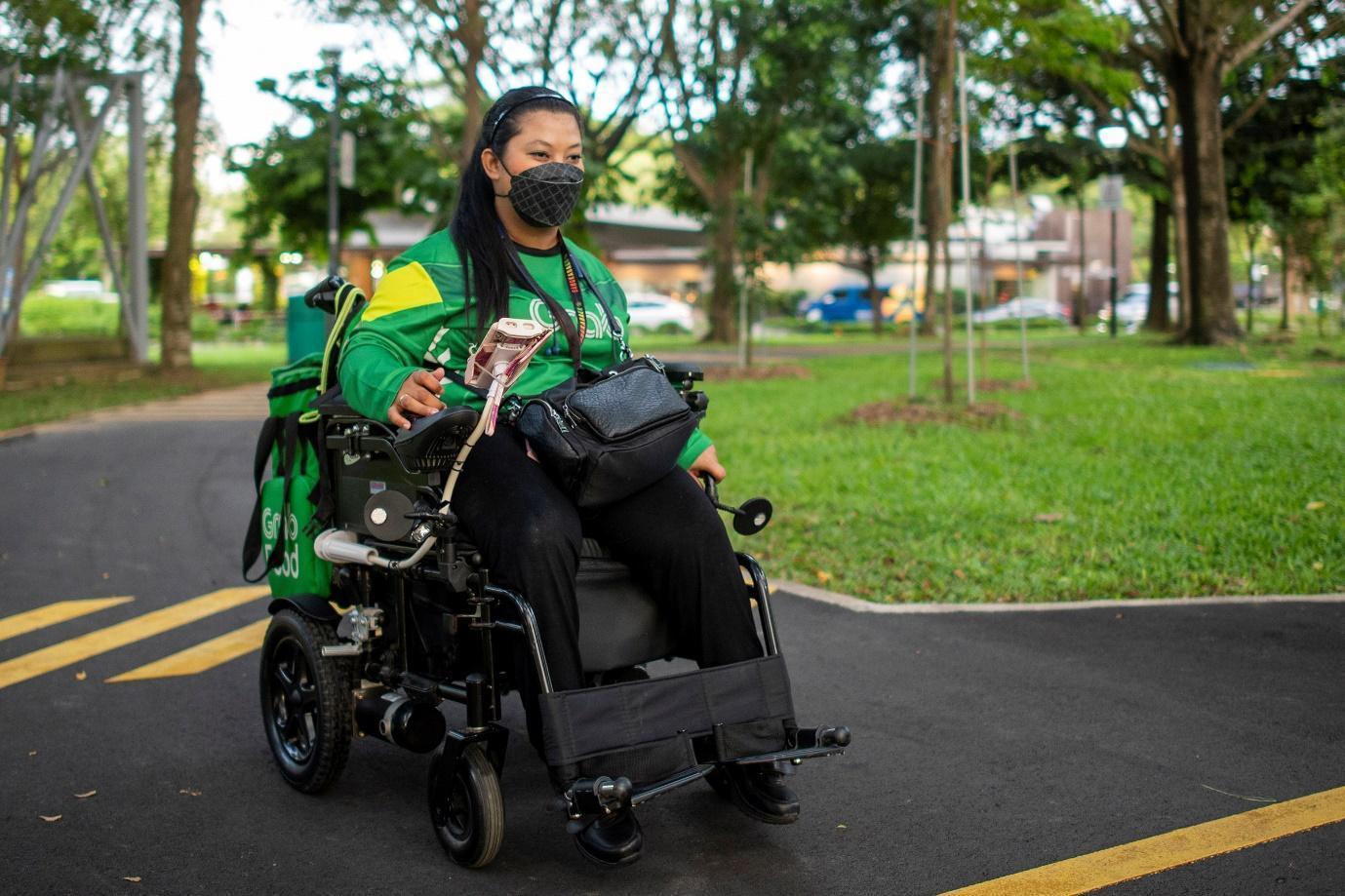 Roszana starts her shift a little past noon-time. 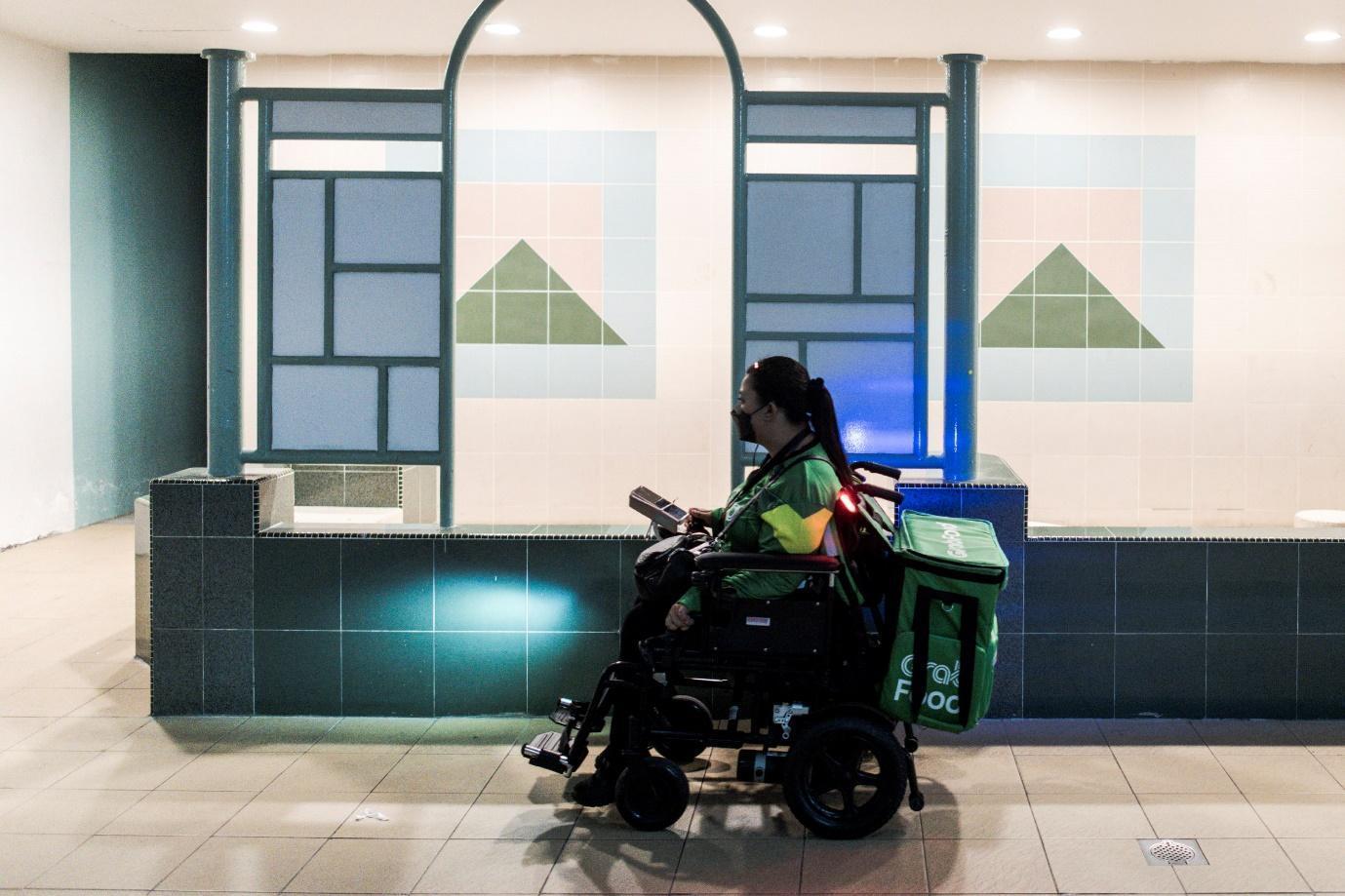 She finishes close to 7:30pm just as it turns dark.

Roszana works three to four times a week, usually on alternate days, delivering between 10 and 12 orders and taking home an average of $250 per week.

On the days that she does not work, she helps her parents out with the chores around home and says she appreciates the flexibility the job provides.

“Both of my parents are no longer working so the money that I earn is very helpful. I feel proud that I can support myself and contribute to the household expenses.”

I can see a twinkle in her eye as she completes the last order of the day.

It may not be a large sum of money to some of us, but Roszana says every completed job makes her happy. 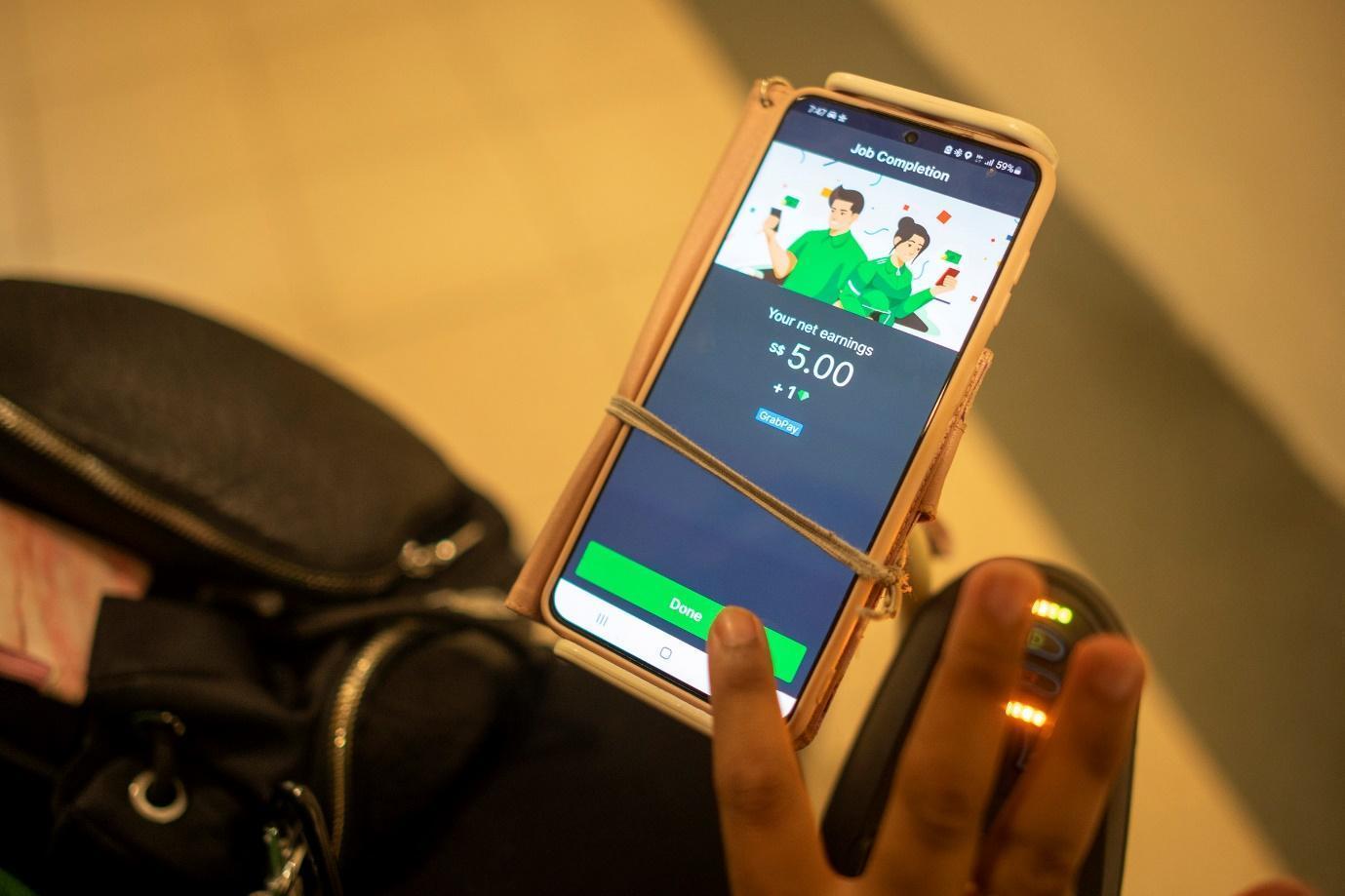 Roszana further shared that Grab has given her a lot of opportunities when the others closed their doors on her.

Her parents are ‘extremely proud’ of her and Roszana is ‘really very grateful’ to Grab for turning her life around.

Being part of the gig economy has empowered Roszana to foster her own purpose and create meaning for herself.

Knowing that her work matters and that she can play an active role in the community is fulfilling to her.

Inspired by Roszana’s resilience and tenacity

After interacting with Roszana and following her on her delivery journey, I came away inspired by her resilience and tenacity to survive in the face of such odds.

Roszana’s job search was made more challenging because of her physical disabilities.

She was courageous to give herself a chance to take on a completely new and unfamiliar job role.

It is also with the unwavering support of her family and friends, the community, and Grab that continues to motivate Roszana to keep on keeping on.

Interested to find out more about being a delivery-partner with Grab? Find out here.

This article is sponsored by Grab.

All photos by Lim WeiXiang.