Anchorvale otter family, down to 4 members, responsible for chewing up expensive pet fish in Seletar while looking for new home 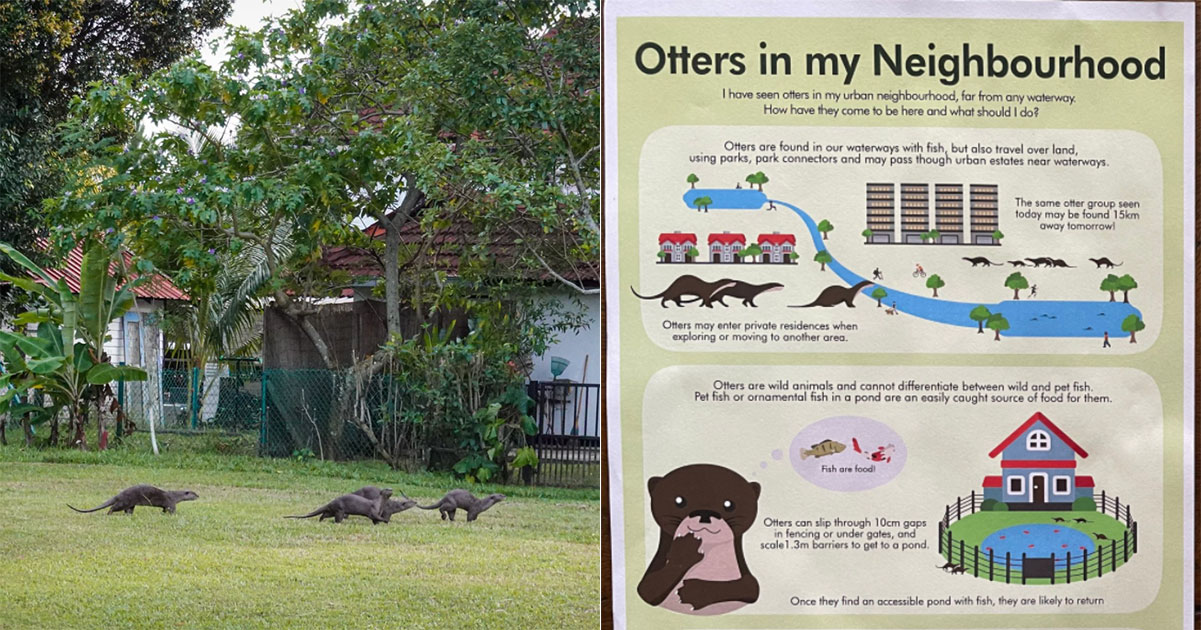 Otters are back in the news again lately for crossing roads while escorted and chewing up expensive pet fish.

But it was the latter incident, where one Seletar Hills resident lost 50 pet goldfishes and eight “award-winning” koi fish overnight to a group of otters on Mar. 16, that caught the public’s attention.

Looking for a new home

According to otter-watching page, Ottercity, the otters that recently ventured into the landed estates of Seletar and Jalan Kayu are known as the Anchorvale family.

The Anchorvale otters comprise two adults and two juveniles that have been looking for a new home following “a tussle for territory”.

Ottercity said the Anchorvale otters were once a family of 10, with five pups, but most did not survive.

The family used to hang out in a canal at Gerald Drive, but they have avoided Punggol River due to the presence of other otters.

The National Parks Board (NParks), Animal Concerns Research and Education Society (ACRES) and otter watchers have been engaging residents and condominium managers in the area to advise them on protecting their domesticated fish.

Otters eat fish as their main source of food.

They are attracted to water features and unable to differentiate the fish in the river from koi in private ponds, said Ottercity.

A handy infographic has been developed by NParks on how to keep otters out of homes:

Despite the real fear of otters invading one’s home, some have managed to make light of the situation.

One person, Trey Wei Zheng, shared in Facebook group Singapore Wildlife Sightings that he has since set up a “Fortress of Ottertude” after four known otter visits in the Seletar estate.

“Now, just have to train this black fella to be useful and not just stand there and watch if an invasion is imminent,” he joked in the post, while poking fun at his own dog.

Seeing that he wasn’t being serious, other users joined in on the fun. 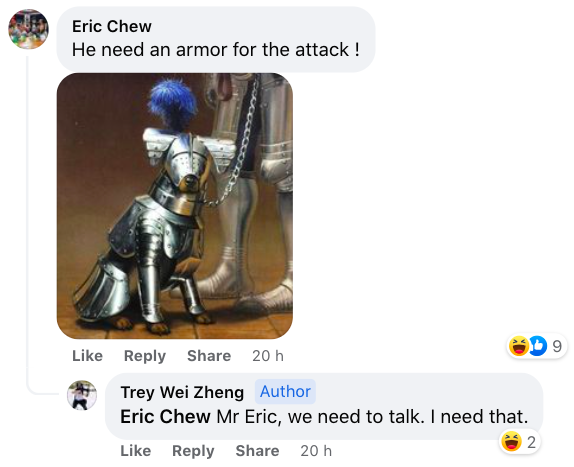 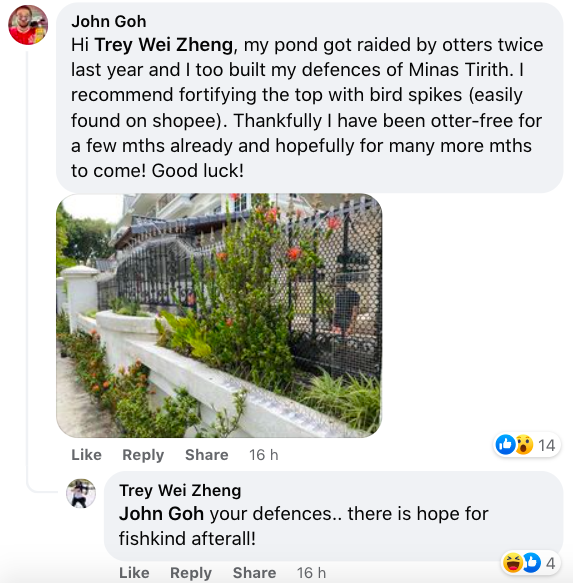 Some pointed out that his barriers should be at least 1.3m high, but he quipped in response that he will do more. 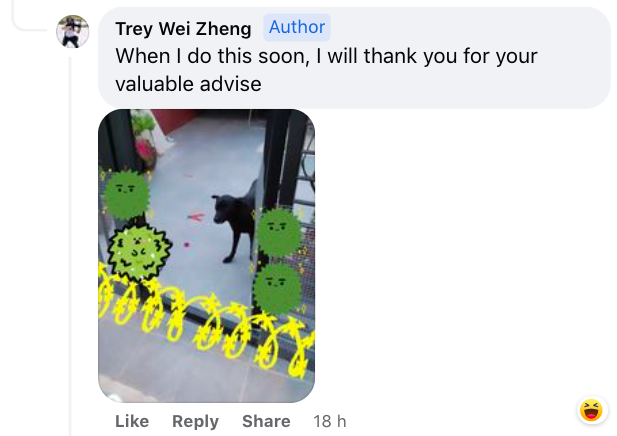 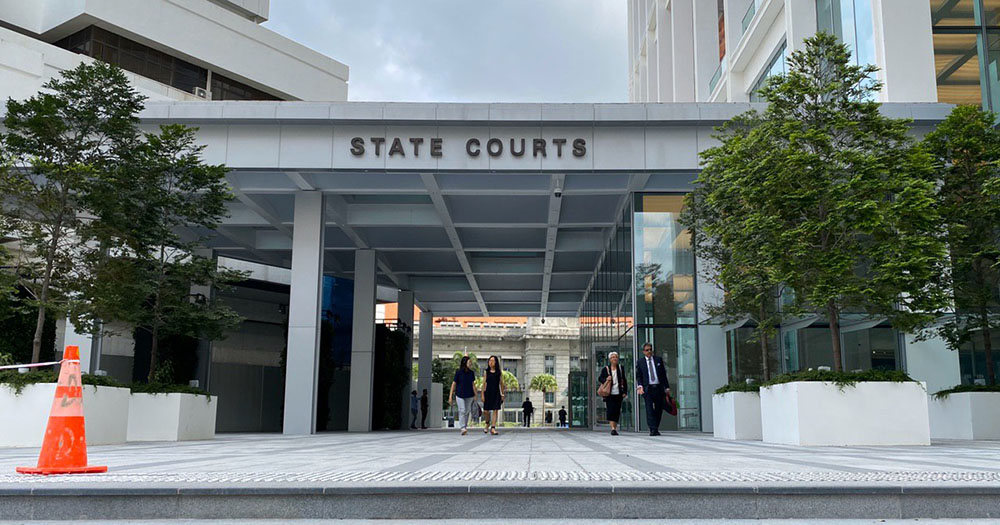 Puzzle Coffee has opened an outlet in Singapore. The Melbourne-based brand has four outlets, including…