The photos, showing the anglers surrounding a huge stingray, were posted to the Singapore Wildlife Sightings Facebook group by a user, Puji Charm.

Puji Charm observed that the anglers were cutting the stingray up and preparing it to be cooked.

It is uncertain what species of stingray this was.

The post has garnered over 600 shares in a day.

Comments on the post were divided between those who supported the actions of the anglers, and those who criticised them.

Some commenters congratulated them on their impressive catch, and made quips about having barbecue stingray for dinner. Another portion of commenters, however, lamented that the anglers should have left the stingray alone.

One commenter pointed out that the stingray does not appear to be one of the species listed under the Marine Stewards guidelines for sustainable fishing.

The guidelines include descriptions of around 50 fishes that are most commonly caught in Singapore, and data on each species’ maturity lengths.

In its guidelines, Marine Stewards advised anglers to release juveniles to let them grow and reproduce.

It also highly discouraged anglers from taking shovelnose rays, which are a critically endangered species.

Meanwhile, anglers are free to take hybrid groupers, which is an invasive species that could damage the marine ecosystem.

However, it should be noted that the guidelines are not comprehensive. 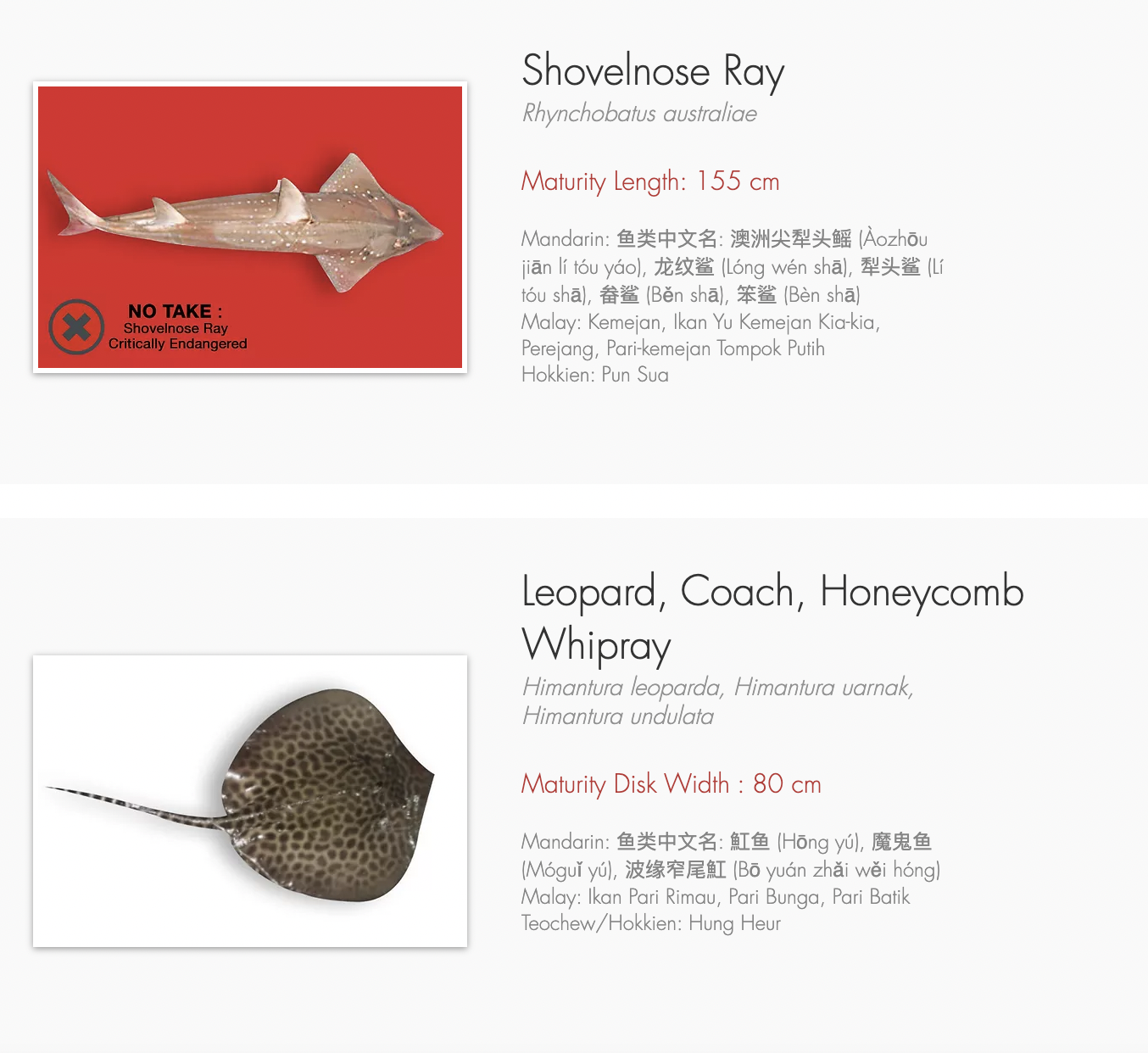 According to the National Parks Board (NParks), catch-and-release should apply to endangered species, juvenile fishes and brooding animals.

In addition, fish caught but which will not be eaten should also be released.

NParks and Marine Stewards have put up an information board at Bedok Jetty, which showcases the common fish species found there, as well as a catch-and-release list.

Previously in 2020, a huge honeycomb ray was caught at Bedok Jetty, causing outrage among nature lovers.

The species is classified as a vulnerable and threatened species under the International Union for Conservation of Nature.

Scuba diver, biologist, and writer Debby Ng noted that the individual that was caught was likely a nine-year-old female.

“Nine years may seem a long time for a wild animal, but these rays are known to live for at least a quarter of a century in the wild. At nine years old, the ray would have been sexually mature for around four years only. If the ray was a female, she could have had four litters at the most, or none at the very least. […]

Surviving for nine years is a great feat for an animal that lives in the shallow seas of the Pacific and Indian Ocean.”