Billie Eilish performs at ‘unbelievably beautiful’ Gardens by the Bay, says she fell in love with S’pore 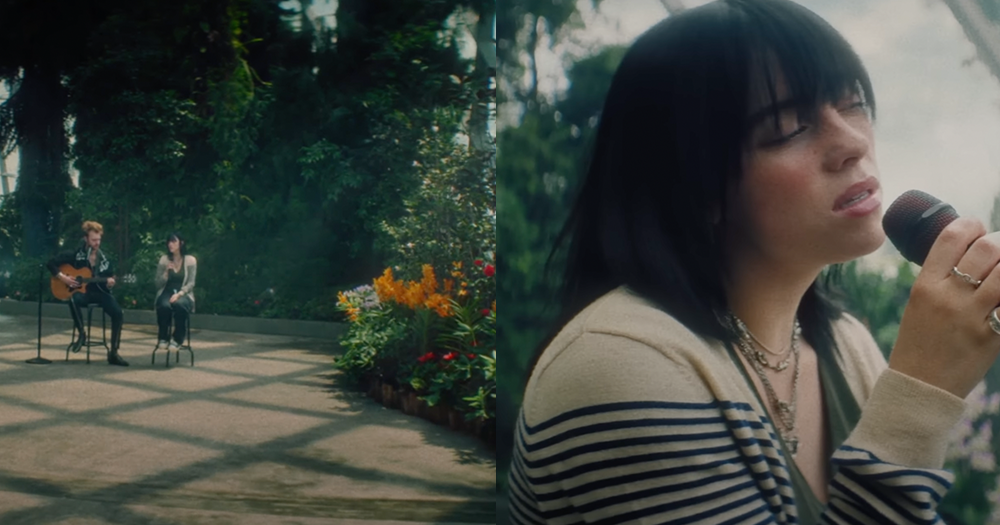 A month after her first-ever concert in Singapore, Billie Eilish is back — this time on our screens.

The singer-songwriter released two live performance videos on Sep. 22, both filmed at the “unbelievably beautiful” Cloud Forest at Gardens by the Bay.

Falling in love with Singapore

Part of a collaboration with the Singapore Tourism Board, the videos show Eilish singing the ballads in her trademark dreamy style while accompanied by her brother Finneas on guitar.

The songs, “TV” and “The 30th”, are from her recent Guitar Songs EP, her first release since Happier Than Ever in 2021.

Eilish shared in a statement that she “absolutely fell in love” with Singapore the first time she visited — for 2018’s St. Jerome’s Laneway Festival — despite having only stayed here for a day.

“These two songs really are just very important to me in a lot of ways. I feel really connected to them and very personally protective over them, and I wanted to have some sort of peace with the songs that felt really intimate and personal. It just felt really comfortable to do it in a place as beautiful as the Cloud Forest.”

The music videos were directed by local filmmaker Choānn, who has previously worked with Singaporean musicians Jasmine Sokko and Tabitha Nauser.

In an Instagram post, he shared his reasons for selecting the Cloud Forest as the filming location.

“I chose the Cloud Forest because these songs were so personal and intimate, and I wanted to bring out their themes of existential anxiety through the idea of isolating Billie and her brother in a giant snowglobe-like structure.”

Choānn added that the experience “still feels like a dream”.

“I even found an old interview where I said she was of the artists I’d dreamt of working with,” he said in the post.

SEOUL: North Korea fired an unidentified ballistic missile towards the sea off its east coast…