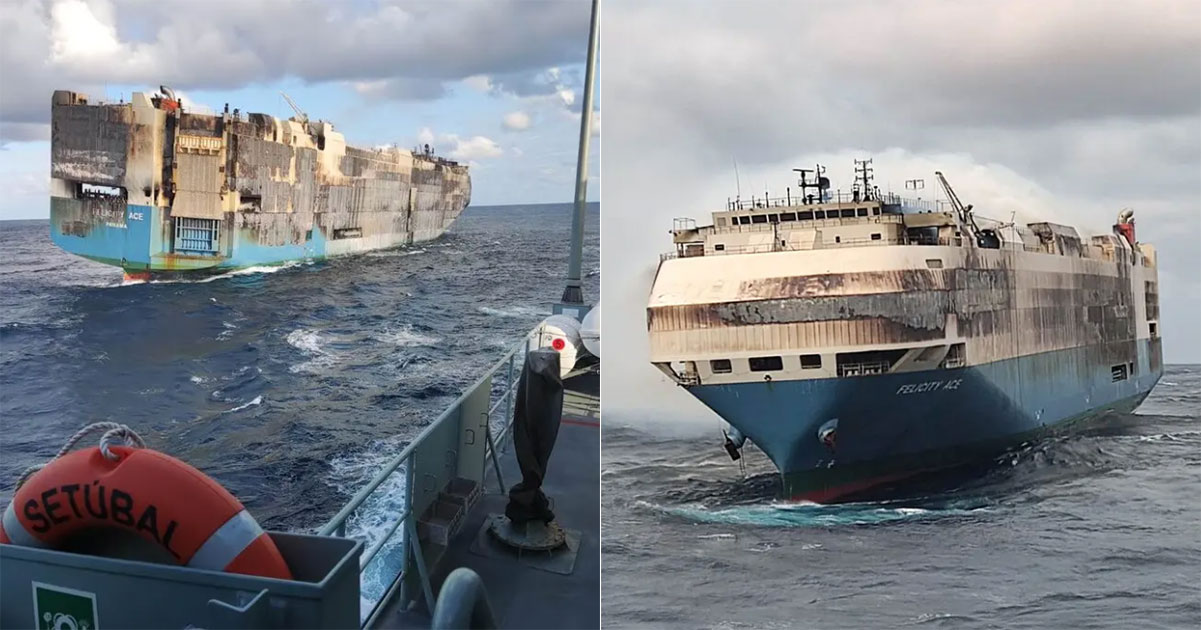 A cargo ship that was carrying thousands of luxury cars has sunk off the Portuguese Azores archipelago, nearly two weeks after a fire broke out on board.

The ship, Felicity Ace, went down on March 1 at about 9am local time, according to the company, MOL Ship Management, which has an office registered in Shenton Way, Singapore.

It was transporting Porsches and Bentleys, with a total cargo of around 4,000 luxury cars.

The vessel was en route from the German port of Emden to Rhode Island in the United States when the fire broke out on Feb. 16, on the sixth day of its journey.

All of its 22 crew members were evacuated.

Ship was towed but sunk

A large salvage tugboat had started towing the Felicity Ace to “a safe area” off the Azores on Feb. 25.

But on March 1, the ship “lost stability and sank” while being towed, according to the Portuguese Navy.

The ship was reportedly tilting starboard, which means leaning on its right side, before plunging into the ocean with its cargo.

The 650 feet long ship had remained burning on the water day and night for about two weeks.

Reuters reported that the damage to the vehicles was covered by insurance, which could cost around US$155 million.

Bentley confirmed that 189 of its cars were onboard the ship.

Porsche said it had about 1,100 of its cars onboard.

BBC reported that there were fears the fuel tanks of the sunken ship could be damaged while the vessel lies at the bottom of the Atlantic at a depth of around 3,500 metres.

This could lead to an oil spill and damage the unique seabed of the area covered with coral reefs, coral forests and sponges.

Such a cargo ship can hold more than three million liters of heavy fuel, as well as oil, The New York Times reported.

Portugal’s navy said no one was hurt by the fire and that the crew members were taken to a hotel after the navy, four merchant ships sailing in the area and the Portuguese Air Force completed the evacuation.