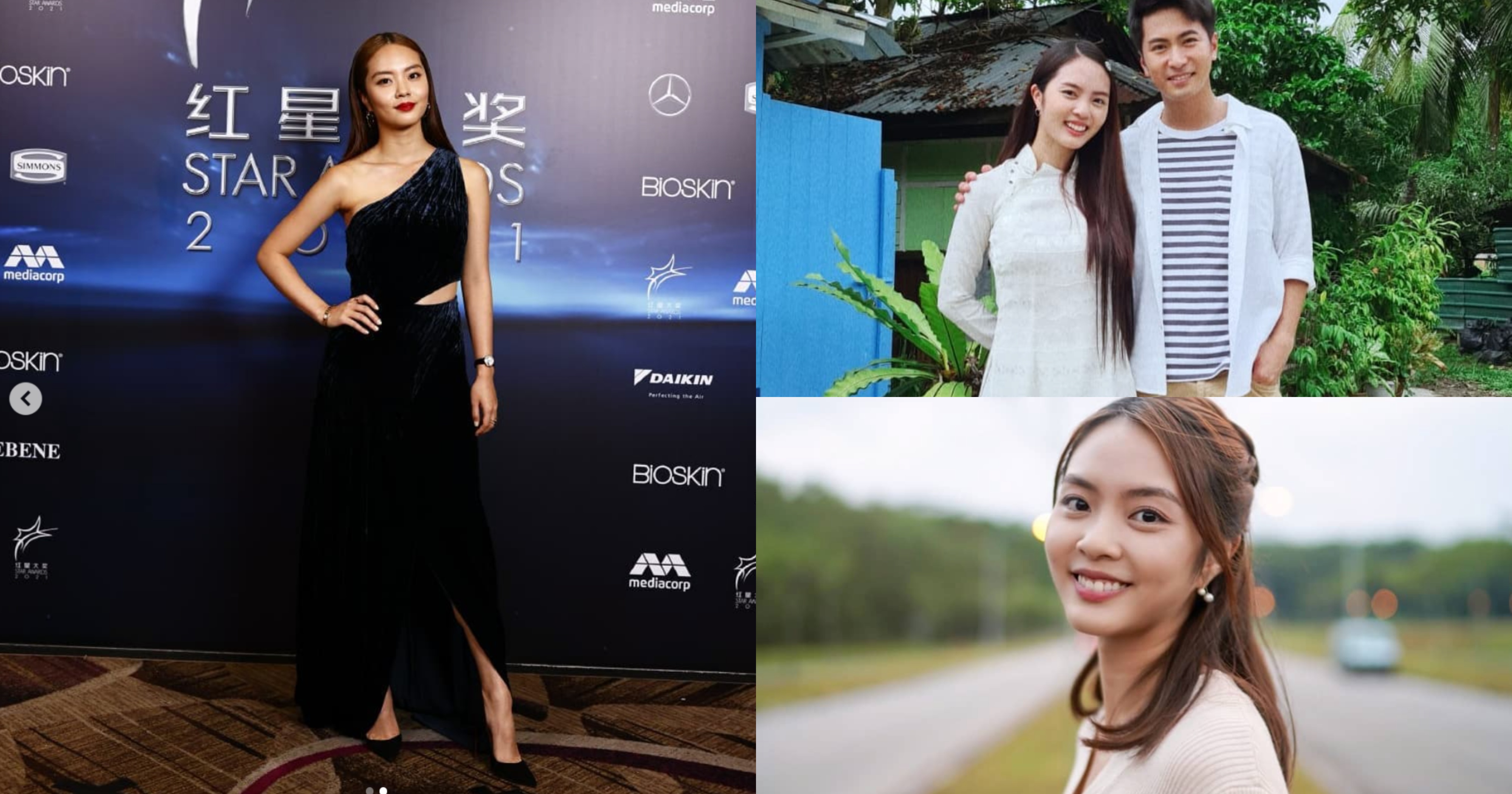 After a whirlwind 2021, plenty of eyes are on Chantalle Ng for the upcoming Star Awards 2022.

The 26-year-old actress gained recognition for her role in Channel 8 hit “My Star Bride”, which allowed audiences to know her beyond being veteran Lin Meijiao’s daughter.

In fact, Ng, who played a Vietnamese bride in the show, was even compared to Caldecott queen Zoe Tay.

Tay played a wealthy, half-Thai woman in “My Heartland Hero”, and both actresses had to incorporate an accent in their dialogues.

While Ng was lauded for her performance, reception towards Tay was mixed, as some viewers found her Thai pronunciation slightly unnatural.

It didn’t make things awkward between the two, thankfully.

When we subtly (we hope) asked how she felt about being compared with Tay, Ng told us,

“I was on a variety show when that happened and some friends on set were teasing me about it. I remember feeling very shy and paiseh because I was compared to such an experienced veteran like Ah Jie.

I bumped into Ah Jie shortly after in the makeup unit and shared that incident with her. We both had a good laugh about it.”

Vying for the Best Actress award with Ng are big names like Joanne Peh, Huang Biren, Jesseca Liu, and Ya Hui.

Ng relayed that she is “immensely grateful” for her first Best Actress nomination alongside such “outstanding” actresses.

She doesn’t expect to win, though.

Ng, who was also nominated for Best Supporting Actress last year, said that her mentality remains the same: “[…] I’m just happy to be involved 😂”

“As a relatively new actress last year, I didn’t feel I stood a chance at all. This year, getting nominated for best actress is already such a boost for me and that’s enough. […] I don’t think I stand a high chance of winning.”

The actress is also in the running for Top 10 Most Popular Female Artistes again, after being nominated for the first time last year.

While she is “not more confident” of snagging a spot, she does hope to be able to go on stage to thank her supporters (and say the speech she that didn’t get to say last year).

Besides improving her craft, the go-getter is bettering her chances of winning in another way: by voting for herself via MeWATCH.

Ng revealed this little nugget while on the topic of her Best CP (couple) nominations under the My Pick! segment.

The newly launched My Pick! awards will be held during Backstage Live this year, and Ng has earned herself two chances for her pairings with Xu Bin and Glenn Yong.

“To tell you the truth, I logged into my MeWATCH account to support and vote for myself when the votings opened. And when I got to this category, I didn’t know what to do.

Both actors are outstanding and professional. But I would think that Fang Cao and Gege are more popular among viewers since the fans are still actively talking about that pairing on social media.”

And if you’re voting as well, or even just a viewer, Ng has a message for you:

I am working hard to improve on my craft and hopefully bring more joy to your lives with my productions. Love y’all!”