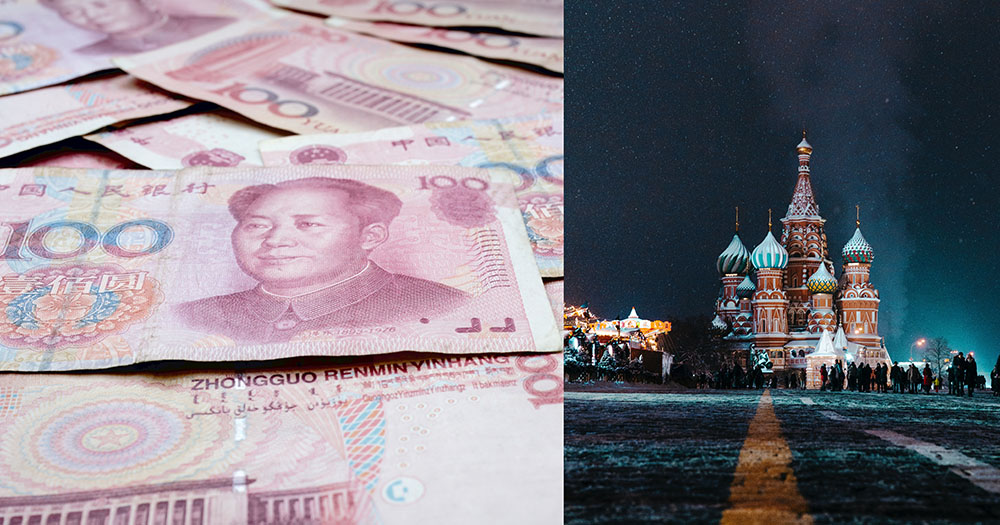 A Chinese bank has seen a surge in requests at its Moscow branch from Russian companies that are keen on opening accounts, following the imposition of international sanctions on the country, Reuters reported.

A source from the bank, who declined to be named or identified along with his bank, said that requests had come in from around 200-300 Russian firms.

Many of these companies conduct business in China, and the number of transactions in yuan is expected to increase, he added.

China: Trade with Russia will continue as per normal

Some Russian banks have been cut off from the global payments system, SWIFT, by the U.S., Canada and other European leaders.

In addition, the Russian central bank has been prevented from deploying its international reserves in ways that “undermine the impact” of the sanctions.

The bank has foreign exchange reserves of about US$640 billion (S$866 billion), mostly housed in cities like New York, Frankfurt and London.

Following the sanctions, the ruble plunged nearly 30 per cent against the U.S. dollar, CNBC reported.

China however, has stated that “normal trade co-operation” will continue with Russia, the BBC reported.

Both countries also have their homegrown alternatives to SWIFT, such as the System for Transfer of Financial Messages (STFM) for Russia and the Cross-Border Interbank Payment System (CIPS) for China.

These systems operate in the two countries’ own currencies.

However, they are unlikely to replace SWIFT given the current nature of transactions between China and Russia, both BBC and CNN highlighted:

The volume of trade between China and Russia stood at US$147 billion (S$200 billion) in 2021, accounting for about 18 per cent of Russia’s overall trade for the year.

However, the European Union is Russia’s largest trading partner and does twice that amount.

Bloomberg further reported that rich Russians have resorted to spending heavily on luxury goods in a bid to prevent the devaluation of their savings.

Amidst an exodus of firms from Russia, such as Apple, IKEA, Nike, H&M and Disney, luxury brands such as Bulgari and Swatch Group’s Omega are remaining in the country.

Bulgari’s Group CEO, Jean-Christophe Babin, said that business had been boosted in the short term and called Bulgari’s jewellery a “safe investment”.

It is unclear how long this boost will last, he added.

“…indeed with the SWIFT measures, fully implemented, it might make it difficult if not impossible to export to Russia,” Babin said.