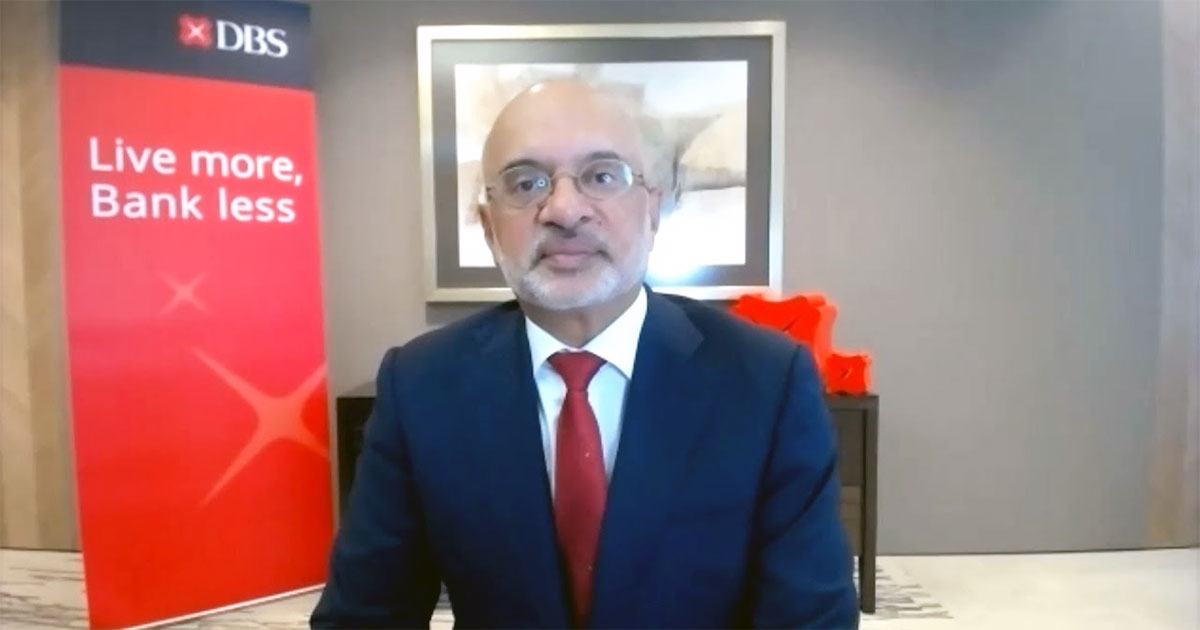 This was after he took a pay cut the year before.

The company’s annual report out on March 9 showed Gupta given a total package of S$13.58 million, of which, more than S$7.1 million was in shares.

The report called 2021 DBS’s “best year ever” in terms of financial performance.

“With Covid-19 in the second year, global interest rates remained at rock-bottom levels. China idiosyncratic risks also increased, following moves by the government to temper exuberance in the property market. Against this backdrop, DBS’ sterling financial performance underlined the strength of our broad-based franchise and the success of multi-year transformation efforts.”

Against the backdrop of rock-bottom interest rate levels and increased China “idiosyncratic” risks, following moves by its government to temper property market exuberance, this “achievement was all the more remarkable given ongoing challenges in the operating environment”, DBS added.

For the financial year that ended December, the bank reported record earnings of S$6.8 billion.

This was a 44 per cent increase year-on-year and 6 per cent above the previous high in 2019.

During the period, the bank saw a return on equity of 12.5 per cent, which is the second-highest in over a decade.

Performance was not great for the year before in financial year 2020.

Gupta also said in the annual report about how DBS needs to be more deeply embedded into the markets it already has a presence in, which include China, Taiwan, India and Indonesia, that are outside Singapore and Hong Kong.

DBS acquired Citigroup’s consumer banking business in Taiwan and bought a 13 per cent stake in Shenzhen Rural Commercial Bank in 2021, adding between $1.2 billion and $1.3 billion to its revenue base, Gupta said.

The amalgamation of Lakshmi Vilas Bank in India S$500 million to its bottom line, he added.

Gupta said DBS will continue to focus on technology transformation.

Technology transformation has enabled DBS to switch to remote working without any loss of productivity during the pandemic, he said.

He also noted that DBS’ early adoption of emerging technologies such as blockchain, artificial intelligence and the Internet of Things (IoT) has enabled them to help their customers navigate disruptions faced during the pandemic.