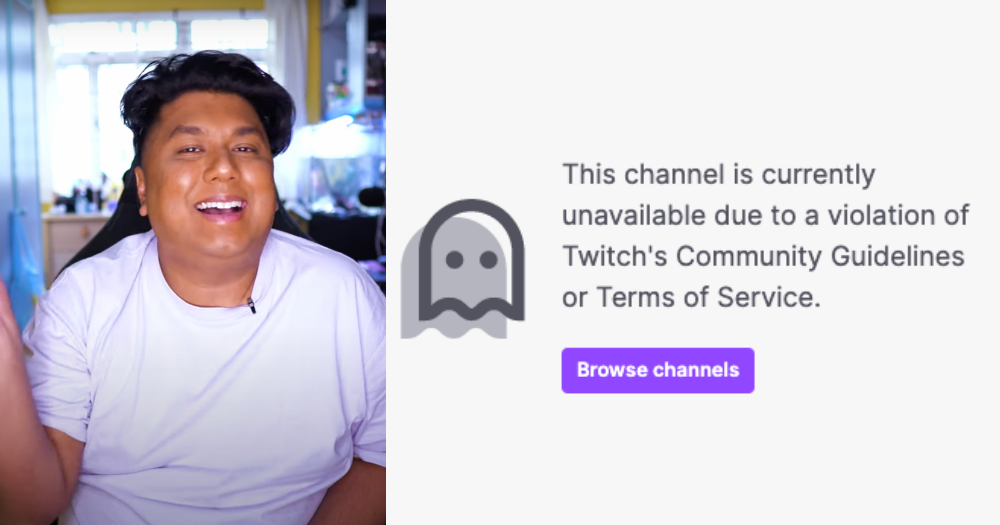 Former radio DJ and YouTuber Dee Kosh revealed that he is banned from streaming platform Twitch.

In Instagram Stories he uploaded on Mar. 16, the 33-year-old, whose real name is Darryl Ian Koshy, explained why he has been absent from the platform.

An Instagram user responded to one of Dee Kosh’s earlier stories, asking why he was no longer streaming, and added that they “miss watching [him] lose on Valorant”, a popular video game.

Dee Kosh then posted an Instagram Story explaining that he was no longer able to stream as Twitch had apparently “banned [him] for life”.

Dee Kosh said that he had lost all the money and followers he earned on the platform after he got banned.

He added that Twitch had banned him without telling him why.

Visiting Dee Kosh’s Twitch channel page will bring up a message saying that his channel was made unavailable for violating the platform’s community guidelines or terms of service.

Dee Kosh’s attempt to create a second account on the platform was unsuccessful as well.

He said his second account was banned just two days after setting it up. 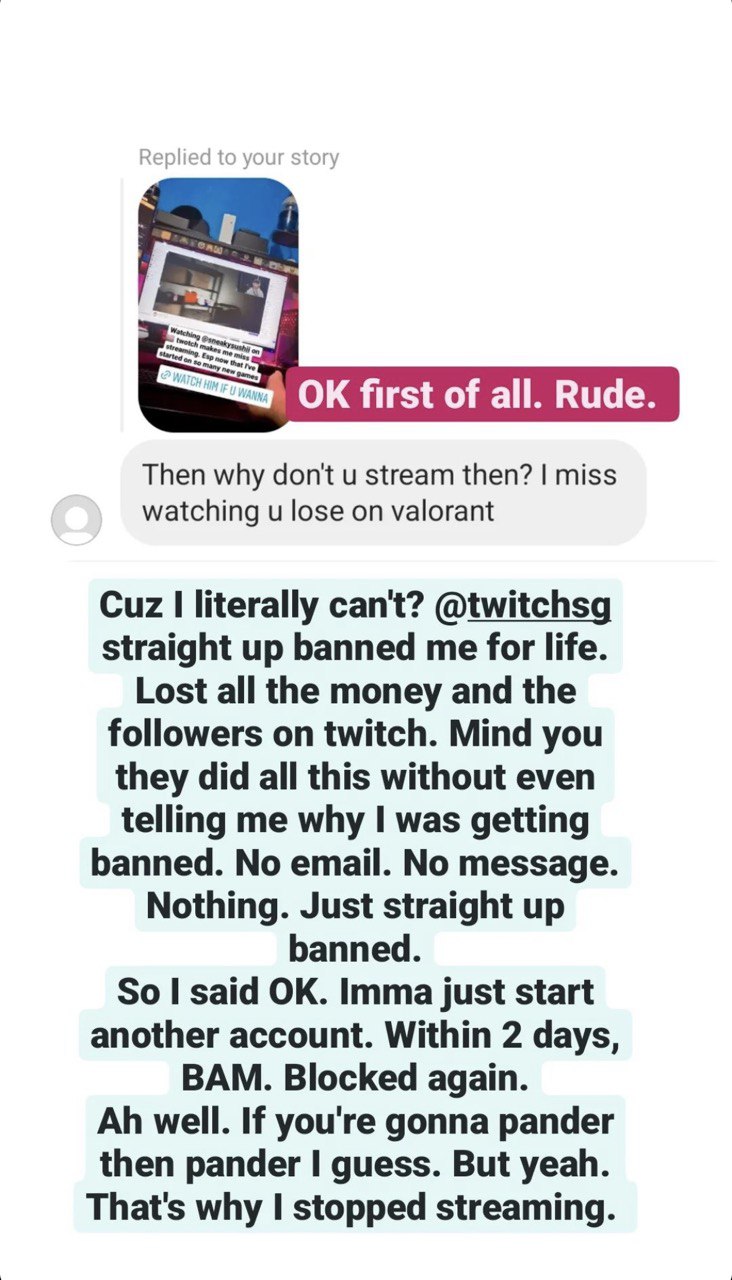 In another Instagram Story, he said he “just wished” that Twitch would tell him why he was banned from their platform.

He then sought suggestions for where he would be able to continue streaming. 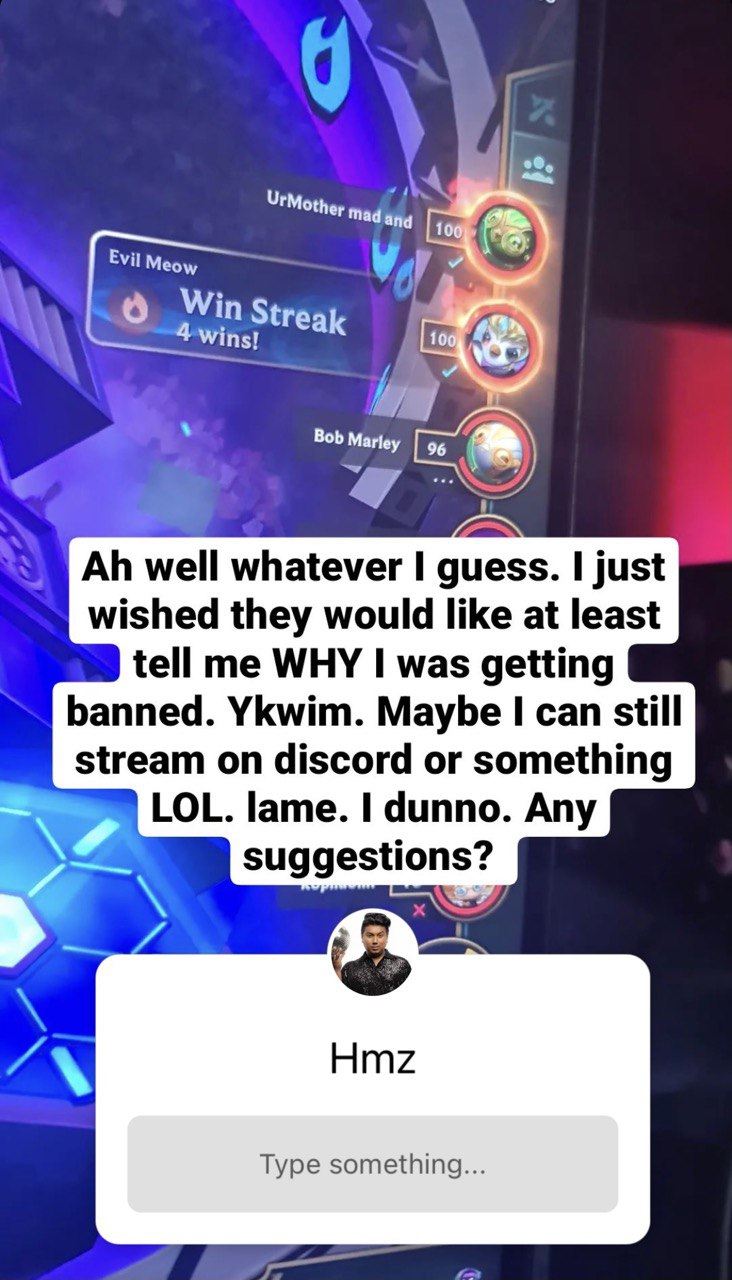 Dee Kosh was handed seven charges on Aug. 19, 2021 relating to sexual offences, a year after a scandal broke that he had allegedly offered victims below 18 years old money in exchange for sexual services.