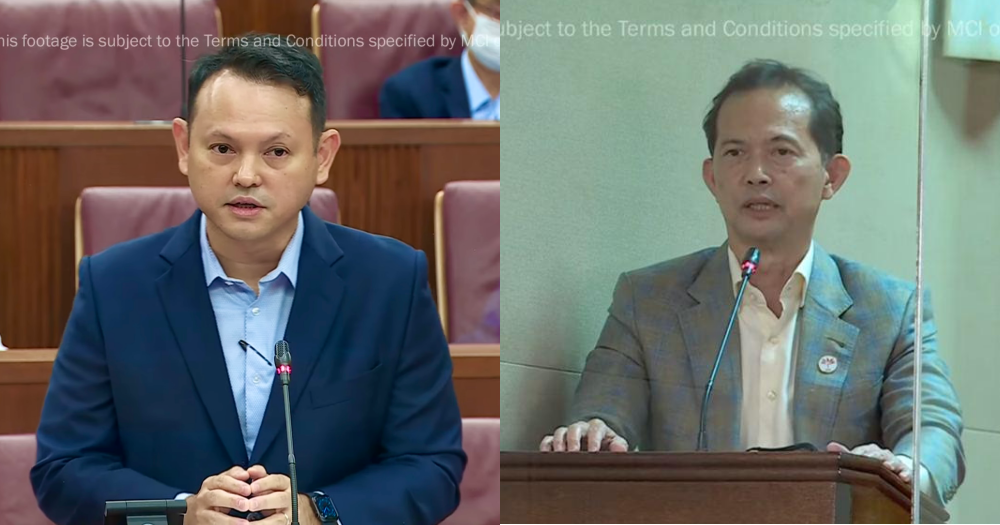 Speaking in Parliament on Tuesday (Mar. 8), Zaqy also requested that Leong make an apology before Parliament and via Facebook posts by the end of that day’s Parliament sitting.

Leong had posted some Facebook comments around 1pm on Mar. 7 after he was cut off from asking further questions towards the end of MOM’s budget.

On Monday afternoon, the Speaker addressed Leong’s comments in Parliament, where he reminded MPs on the parliamentary rules and processes when asking questions and seeking clarifications.

In his latest Facebook post published at 6:55pm yesterday (Mar. 7), Leong alleged that the Speaker had used the “cut-off time” as an excuse to prevent Leong from responding.

The post was accompanied by a video that captured the exchange between Leong and the Speaker over whether he was allowed to ask further clarification questions, while the Ministry of Manpower’s (MOM) Committee of Supply (COS) debates were concluding.

Speaker: Members informed ahead of guillotine time, his “duty” to end debates when time reached

He added that all members were informed in advance of the total time allocated to the debate for each ministry, and the start and end times of the debates.

He said that for MOM’s COS debate, members were informed of the guillotine time on Thursday, Mar. 3.

He also said that there were 10 MPs who made clarifications, which included four opposition MPs, one Nominated MP, and five government MPs.

Tan said Leong was not the only MP who could not ask for clarifications by the end of MOM’s debate, and there were six other MPs who sought clarifications as well.

“I do wish to emphasise that under the Standing Order 92 (7a), the Chair is under the duty to end the debate when the guillotine time for the ministry is reached. As the chair of the Committee of Supply, I will continue to ensure that the proceedings in the COS is undertaken in a fair and orderly manner.”

Requests Leong to apologise, take down Facebook posts and comments

Zaqy then said that despite the Mar. 7 clarification from the Speaker, Leong went ahead to post a video of the end of the COS with a caption: “This Is How The Speaker Prevents A Member From Speaking”.

“Mr Leong’s post and his video have impugned the Speaker and the process of Parliament and have misrepresented how the COS proceedings for MOM were ended yesterday. And this is by suggesting that you could have called on Mr Leong but deliberately did not do so for improper reasons.

Now this is dishonourable and a contempt of Parliament and breaches the Parliament (Privileges, Immunities and Powers) Act.”

Zaqy requested Leong to “do the proper thing” and:

He asked that Leong include the following statement in his apology:

I have taken the post down, I withdraw what I said in them and undertake not to repeat such words and actions again. I acknowledge that I had not set up all the facts in my posts, and thus gave a misleading impression.

In fact, many MPs file to speak both in the Budget debate and the Committee of Supply of the various ministries. Every MP is given the same amount of time and the guillotine time for each ministry is announced ahead of time and based on the MPs who have filed to speak. It is standard parliamentary procedure that when the time is allotted to the ministry ends, Speaker will require that the votes on that ministry be taken and the debate moved to the next ministry, even if some MPs questions have not been answered.

Zaqy acknowledged that Leong was not in the chamber when he spoke, and said he will formally notify Leong of his request.

Depending on how Leong responds to Zaqy’s request, he suggested that Parliament then decide whether or if any further steps are necessary.