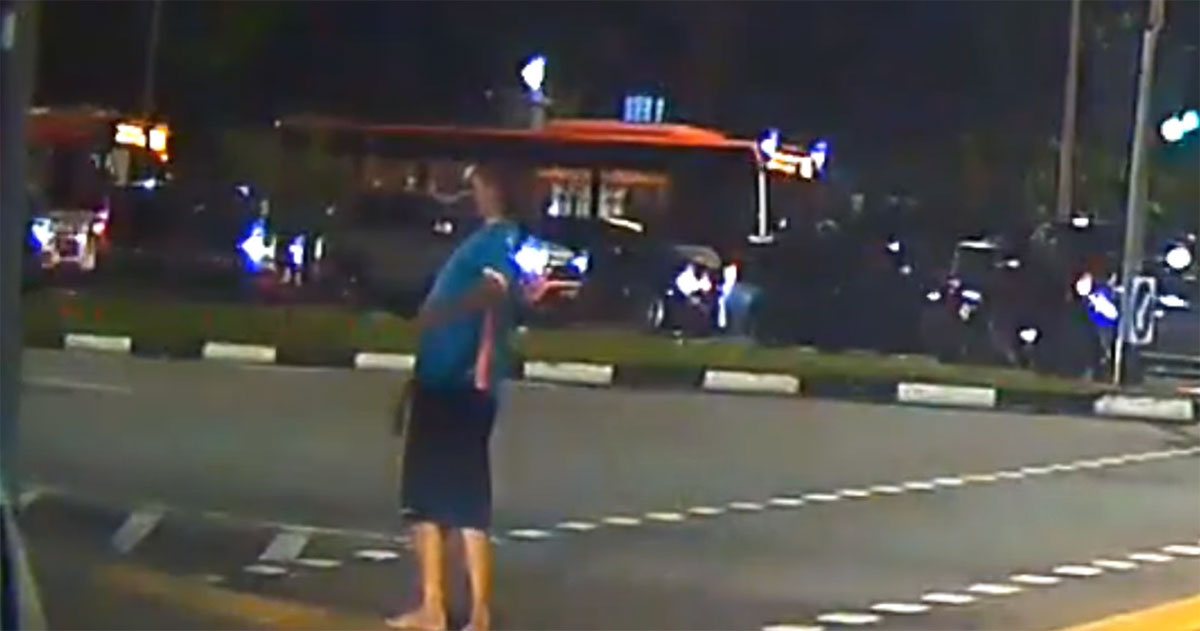 A man was seen crossing the road in Bukit Merah but never reaching the other side as he spent 30 seconds walking forward, while falling backwards — and taking about 40 steps in total.

If the above sentence did not make sense, this was what it looked like visually:

The bare-footed man was believed to have been drunk.

In the process of falling down, multiple vehicles dodged the man who was encroaching onto the left-most lane of a two-lane road, probably without even realising it.

The vehicles the man narrowly missed falling backwards in front of included a Nissan Juke, a double decker bus, a Mitsubishi Attrage, and a single-deck bus.

According to the Facebook post that accompanied the video, the incident occurred at the junction of Jalan Bukit Merah and Lower Delta Rd on March 12, 2022 at about 9:15pm.

Good Samaritans to the rescue

The man’s roly-poly toy antics caught the attention of a couple who was crossing the road at that time.

After a bus narrowly missed running the man over, the man who was with a woman crossing the road stepped up to assist the drunk man.

However, the moment the Good Samaritan stretched out his hand to grab the drunk man by the arm, he fell backwards onto the middle of the left-most lane.

All this while, the traffic light was green.

When it turned red, the woman stepped up and assisted the drunk man as well.

The couple then struggled to haul the man off the road.

At this point, a third Good Samaritan showed up to help.

The two men then grabbed an arm each, and brought the drunk man to safety by the side of the road.