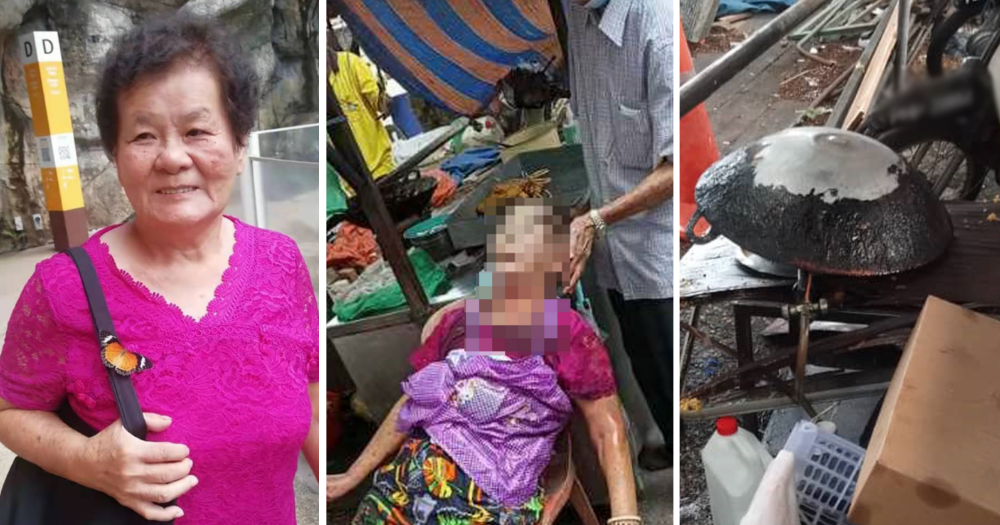 A 74-year-old fried banana seller in Penang fainted suddenly while cooking at her hawker stall on Sunday (Mar. 13).

As a result, she fell into the wok containing hot oil and suffered severe burns to her face and body, later succumbing to her injuries.

Pain was so intense she couldn’t speak

According to Malaysian Chinese daily Kwong Wah Yit Poh, the incident occurred around 3pm on Mar. 13.

The elderly woman — identified as Zhong Bixuan — was frying bananas when she suddenly fainted, falling into the wok of hot oil.

Her head and upper body were plunged into wok full of hot oil, resulting in severe burns on her face and body.

A resident described the elderly woman as feeling like her body was being stabbed by thousands of hot needles, and added that the pain was so intense that Zhong could not speak.

Zhong was then rushed to the hospital for emergency treatment, where she passed away later that night.

Had been in the business for over 30 years

Zhong had been selling fried bananas for more than 30 years, Kwong Wah reported.

Her second son, Chen Zhenping, told media that his mother had been working in the hawker stall with his 80-year-old father at the time of the incident.

When asked whether he would take over his mother’s stall, Chen explained that he is currently managing his own stall in Seremban. Thus, he will temporarily close his mother’s stall and then make plans in the future.