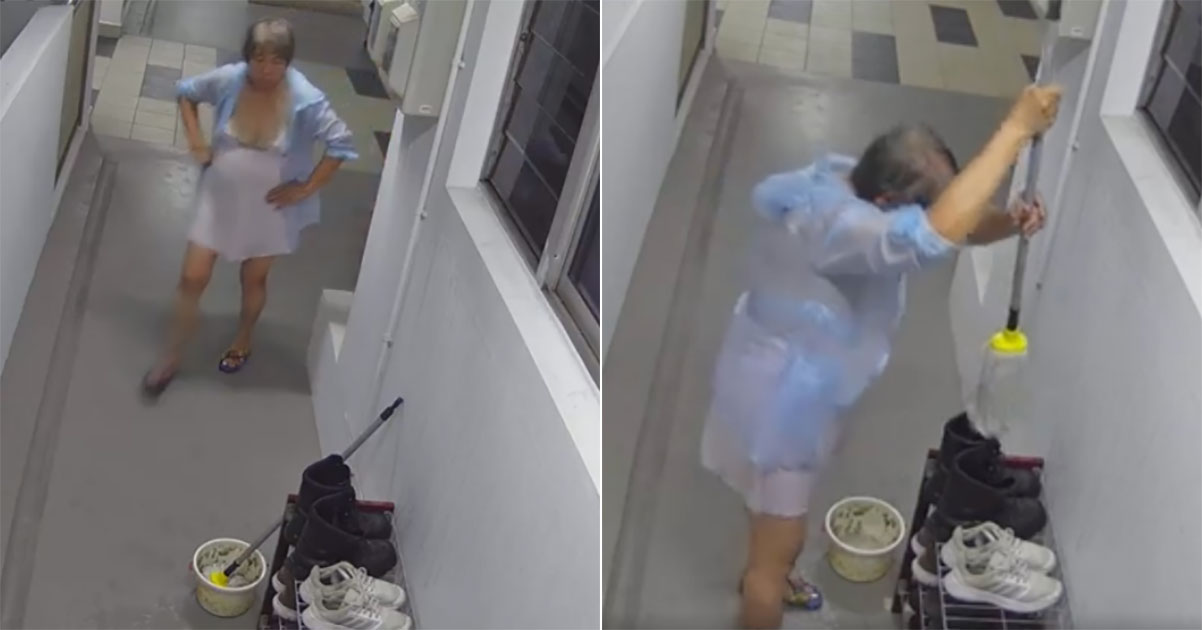 An elderly woman living in a HDB flat in Bukit Panjang has been accused of harassing her neighbour since 2021.

The victim, who wishes to remain anonymous, told Mothership.sg that it all began when he placed his late grandfather’s shoe rack outside his unit.

According to the victim, the woman did not allow him to do so, saying that it was “her territory”.

Threw his things away, dirtied the walkway

Since then, the woman would throw his things away and dirty the walkway.

The victim also provided two CCTV footage, one from July 2021 and another from September 2021.

The first footage showed the woman throwing a child’s bicycle right at the victim’s doorstep.

The second video showed her toppling over one of the victim’s items for no apparent reason.

The victim also shared with Mothership two additional CCTV footage, both from January 2022.

The woman was caught using a mop to wipe her own windows, and purposely wetting the victim’s shoes and shoe rack.

She can also be seen pouring the liquid all over the victim’s shoes.

The victim told Mothership that on one separate occasion, the woman had poured urine into his shoes.

The smell of the liquid clearly indicated it was urine, the victim explained.

The woman had also apparently admitted to the police that it was indeed urine.

Mothership understands that a police report was lodged, and that the case has been referred to HDB.

Top images courtesy of the victim.