GST hike not only option for raising revenue, WP will object to Budget 2022: Pritam Singh 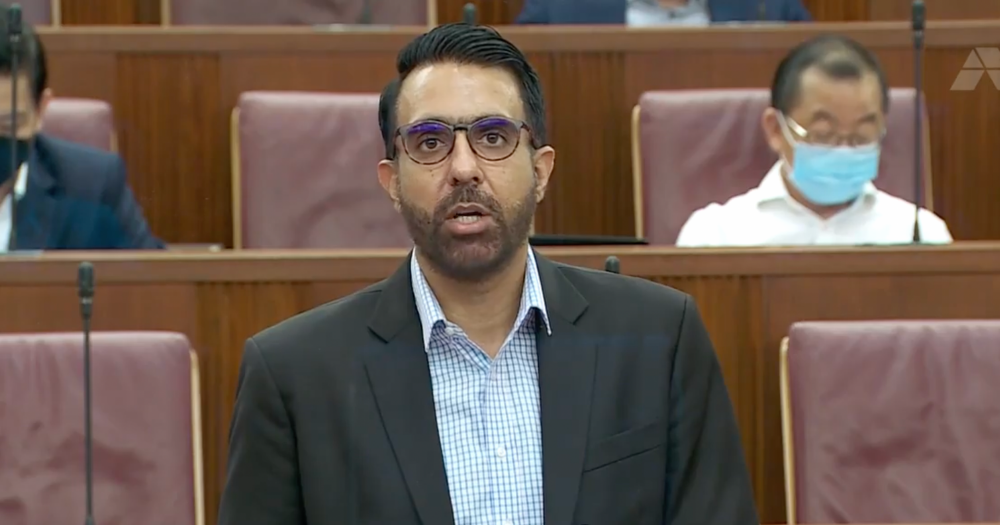 In Parliament on Monday (Feb. 28), Leader of the Opposition Pritam Singh said that the Workers’ Party (WP) supports the Budget’s call for moving toward a fairer, more sustainable, and more inclusive society.

However, he stated that the WP disagrees with the government’s decision to raise the Goods and Services Tax (GST), and thus will object to the Budget.

GST is not only viable option for increasing revenue

The WP disagrees that a GST hike is the only viable option for increasing revenue to finance support packages for people in need and healthcare, Singh said.

He said that the GST is a regressive tax that “hits lower-income earners harder”.

Singh said that with offset packages targeting “low and middle-income Singaporeans” it is the middle class that is the most anxious.

Despite the government’s offset package — they had added S$640 million to the S$6 billion Assurance Package in 2020 — Singh says there is “anxiety as to how much prices will rise in the future”.

“Should the aggregate of price rises be significant. The impact of the additional offsets may not be as optimistic” Singh said, adding that “no offset package lasts forever”.

While the WP supported the call for fiscal prudence as a principal of governance, they “also believe that the judicious use of progressive tax measures can achieve wider societal goals in Singapore”.

Singh said the WP had, within this term of Parliament, proposed a wealth tax, raised the prospect of more progressive corporate tax policies, and supported the carbon tax.

He said that as the government explores wealth taxes, a distinction must be made between different types of wealth taxes; for example, “legitimate accumulation of wealth through effort and tangible business activity” and wealth accumulated through capital appreciation should be treated differently and taxed accordingly “in the name of a fairer and more inclusive society”.

Grow “golden goose” of reserves, but at a slower rate

Singapore’s ageing population will likely mean higher needs for the healthcare and welfare system, Singh stated. He harkened back to the WP’s previous calls to tweak the reserves framework, such as a readjustment of the Net Investment Returns Contribution (NIRC) allowing for recurrent spending to be raised from the current 50 per cent to 60 per cent.

He advocated for continuing to build Singapore’s reserves but at a slower rate:

“In 2001, then Prime Minister Goh [Chok Tong] then referred to the reserves as a golden goose.The Workers’ Party remains of the mind that we can continue to grow the golden goose, but at a slower rate”

Singh also highlighted how Singapore’s population is getting older, and what that means for the future.

“For the very Singaporeans whose energies contributed to the reserves and who have played their part to fatten the golden goose, spending for them in their golden years and at their time of need should not even be a question.”

He noted that there had been moves to adjust the reserves schemes over the years. These moves have made the NIRC component the largest source of revenue for the yearly budget from around S$2 billion in 2006 to close to S$22 billion for the upcoming financial year.

Singh then asked the government “not rule out changes to our Budget framework”:

Singh reiterated his calls for the government to publish its revenue and expenditure projections.

Singh said Hong Kong had included a “medium-range forecast” of its “revenue and expenditure positions for each subsequent year until fiscal year 2026/2027 with assumptions laid out”.

Singh asked why this kind of medium-term forecasting is not part of Singapore’s public-facing budgetary process, and whether the ministry has such projections for at least five years in the future and what the hesitation is for publishing them.

“Doing so would allow the public to have an in-depth insight as to the need to raise GST and the sustainability of public finances in the years to come.”

Singh shared his support for the formation of a Committee against Profiteering to address concerns that some businesses might use the increase in GST as an excuse to raise prices.

Singh said that Minister of State Low Yen Ling has written to him to nominate one member from the opposition benches to sit on the committee.

“I have extended this invitation to our parliamentary colleagues from the Progress Singapore Party and NCMP Miss Hazel Paul has agreed to sit on the committee.”

In order for the committee to be effective, he said, members of the public should be clearly informed about what evidence is needed to file a complaint with the committee. Otherwise, it will end up being one person’s word against the word of a business.

He added that some businesses may have “good” or “legitimate” reasons to raise their prices that are unrelated to the GST hike, such as if the price of raw materials rises.

Singh advocated for the committee to look into businesses that raise prices before the GST hike is introduced, but added that SMEs, hawkers, and sole proprietors should be allowed to respond to the committee if they are falsely or unfairly accused of raising their prices.

Finally, he called for the committee to closely track price rises at heartland shops, as many Singaporeans get their food and essentials there.

Regarding the Budget’s measures to support lower-wage workers, Singh gave his feedback on the newly-announced Progressive Wage Credit Scheme (PWCS), under which the government will co-fund the wage increases of lower-wage workers between 2022 and 2026.

He said that he hopes the PWCS can raise the wages of workers taking home less than S$1,300 per month “immediately”.

Singh also touched on the new minimum income criteria of S$500 per month for the Workfare Income Supplement, which Wong said was introduced in order to encourage part-timers and casual workers to take up regular full-time work.

The new criteria will “penalise part-timers and casual workers significantly”, Singh said, and spoke of the various “legitimate reasons” Singaporeans may take up part-time or casual work, such as being caretakers who need a flexible schedule or being unable to find full-time work they are qualified for.

“I would urge the Minister for Finance to remove this criteria so that our most financially vulnerable workers can benefit from Workfare.”

He spoke about Singapore’s new adjustments to foreign employment policies; from Sep. 1, 2022, the minimum qualifying salary for new Employment Pass and S Pass applicants will be increased by S$500 respectively.

In his Budget speech on Feb. 18, Wong had said that the government will also refine how EP applications are assessed, “to improve the complementarity and diversity of our foreign workforce, and also to increase certainty and transparency for businesses”.

However, Singh noted that the details of what the refinements mean were not explained.

“Even while it is a given that Singapore will always be open to foreign talent, we must always prioritise Singaporean talent who represent the Singapore core.

If a Singaporean can do the job or be trained to do the job, the government should not inadvertently make it easier or more convenient to resort to hiring foreigners.”

He said that he hopes that Wong shares more details on the government’s thinking on the new EP framework in his wrap-up speech.

The government should review how it reports on previously-announced initiatives and whether they met their goals, Singh stated, giving the example of the Industry Transformation Maps (ITMs) where a transition is taking place to ITM 2025.

He asked if there was a report card of what ITM 1.0 has achieved since it was established, “especially for deliverables where Singaporean workers are supposed to benefit”.

“We do not have a detailed dataset, sector by sector, on how many jobs are generated by ITM 1.0 since its inception in 2016/2017., and how many of those jobs went to Singaporeans and at what wage levels?”

Singh said that the “overall picture may be rosy with rising wages and low unemployment maintained” but that “the precise deliverables of the ITM have to be followed up upon to know whether outcomes have been meaningful or whether alternative approaches to improve outcomes should be considered”.

Singh said having such information publicly available could “ameliorate the persistent angst surrounding competition between Singaporeans and foreigners over job opportunities”.

It could also help Singaporeans better understand the economic landscape and develop their skills in specific industries, such as those more reliant on S Pass holders, in light of the impending increase in minimum qualifying salary, Singh said.

“The outcomes of such initiatives should be a major feature of the new post-pandemic social compact that the government seeks to renew between citizens and the government.”