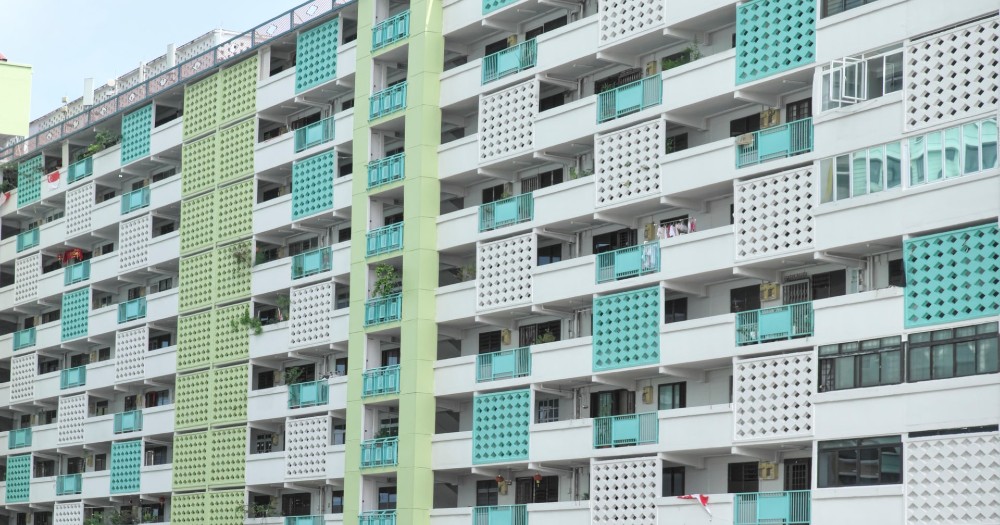 Home owners who face “genuine difficulties” in selling their flats due to the Ethnic Integration Policy (EIP) will be able to sell their flats to the Housing and Development Board (HDB), Minister for National Development Desmond Lee announced in Parliament today (Mar. 8) during the Committee of Supply debates.

Owners would have to fulfil certain criteria, such as having owned their flats for at least 10 years, and have made genuine attempts to sell their flats at reasonable prices over a six-month period, said the Ministry of National Development in a Mar. 8 statement.

In his speech, Lee recognised that some flat owners face difficulties selling their flats when the EIP limits are reached.

“For example, some may have to lower their asking price or may take longer to sell their flats,” he said.

He said his ministry has been helping these families in “different ways” by giving them more time to sell their flats, and even waiving the EIP limits “in exceptional circumstances”.

However, Lee recognised that waiving EIP limits was “not sustainable” as this would “erode the very objectives that the EIP seeks to achieve”.

After carefully studying various options, Lee said his ministry has decided that HDB will buy back EIP-constrained households on a case-by-case basis.

These options included applying the EIP limits over a larger geographical area, which Members of Parliament Saktiandi Supaat and Pritam Singh had previously suggested.

But this could mean that there would be an over-concentration of particular ethnic groups in certain blocks or neighbourhoods, rendering the EIP less effective, Lee said.

Another option was to give grants to flat owners who had to sell their flats at lower prices due to EIP-constraints, but Lee’s ministry found that the “most feasible” option was to buy back the EIP-constrained flats of those in “genuine need”.

“This is not a decision that we make lightly because it requires significant government resources, but we believe it is the right thing to do. Because the EIP benefits all of us and helps to foster a more cohesive society,” said Lee.

Criteria for flat buy back

Owners who have had their flats for at least 10 years would qualify for the buy back.

MND added that this scheme includes flat owners who bought their flats from HDB and those who bought them on the resale market, regardless of whether the flat was EIP-constrained when it was bought.

MND also requires that owners have marketed their flats for a six-month period, as this is comparable to the time taken by most flat owners to sell their flats.

MND said the six-month requirement may change depending on prevailing market conditions.

Flat owners also have to set a reasonable asking price, and can take reference from recent transaction prices for flats that were sold within 200m of their flat.

Owners may make adjustments to account for their flat’s attributes, such as storey height and orientation.

MND also requires that flat owners keep monthly records of their marketing attempts throughout the marketing period, for example, online or print property listings, and records of flat viewings.

Flat owners would need to submit these records to HDB when seeking assistance.

However, those who are EIP-constrained and need to move out earlier “due to extenuating circumstances” but do not meet these criteria may apply to HDB for special consideration, said Lee.

HDB will make a “fair offer” for flats

If HDB assesses that these criteria have been met, it will appoint a professional licensed valuer to perform a valuation.

Lee said that HDB will make a “fair offer so that the household is not unduly disadvantaged due to EIP”.

MND said flat owners have up to three months to decide whether or not to accept HDB’s buyback offer.

Those who choose not to do so will not be eligible for buyback assistance for a period of 12 months after the offer lapses, said MND.

The flats bought back by HDB will become part of HDB’s housing stock and will be offered for sale to the public through the Sale of Balance Flats exercises or open booking, said MND.

As with all flats sold through these channels, HDB will apply a “significant subsidy” to the assessed market value of the flat.

A household’s eligibility to book the flat depends on the prevailing ethnic proportions of the block and neighbourhood when they are invited to select the flat, said MND.

As of Monday afternoon, nearly 100 petrol stations had run out of fuel. About 60…