I tried S’pore’s only auto-cleaning earbuds for a week. 10/10 would recommend. 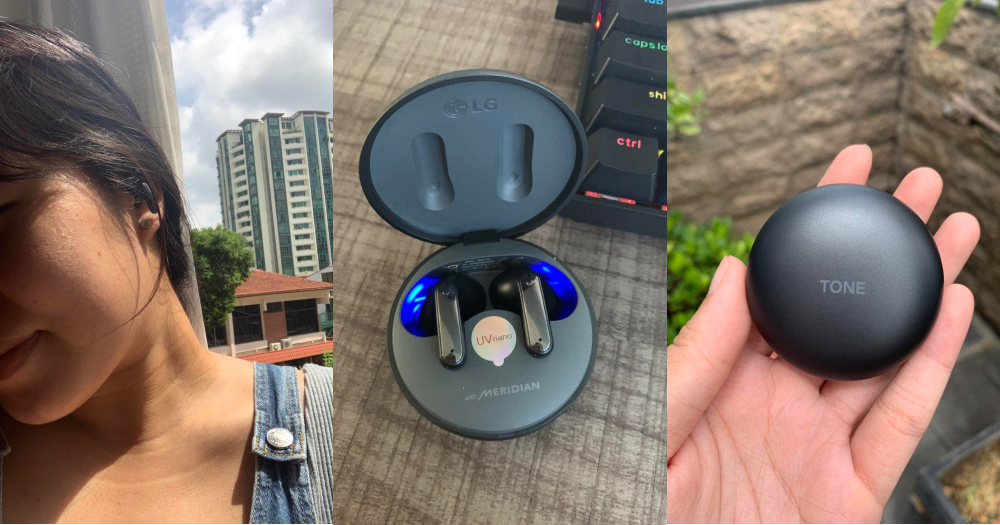 When my colleague approached me with the opportunity to try out a new set of earbuds, I can’t honestly say I was super thrilled.

With so many earbuds out there on the market, I wasn’t too sure what else these particular earbuds could bring.

Being more of a headphone user myself, I was comfortable with what I had, and my regular earbuds were serving me relatively well.

I decided to put them to the test, wearing them almost throughout an entire week and in different situations.

And here’s how that week went.

The LG TONE Free FP9’s case was sleek, small and compact, and would fit easily into any bag compartment or pocket.

The earbuds also came with a charging cable, an AUX to USB-C cable, and a couple other silicon earbuds to suit different ear sizes.

The earbuds also have an accompanying app, LG TONE Free, that lets you customise various settings, and to switch between different ambient sound options.

A couple of distinct features also stood out after a quick glance through LG’s website: It is self-cleaning, and it provides a truly wireless experience by providing connectivity to devices with a 3.5mm headphone jack output.

My first experience with the headphones was wearing them out while on my commute.

Though the earbuds come with a noise cancelling feature, I like to be a bit more aware of my surroundings when travelling, especially when crossing roads in heavy traffic.

Thankfully, the earbuds also offered an “Ambient Mode” feature, which can be easily switched to by doing a “long press” on either side of the earbud, or by toggling manually in the app. This meant that I could listen out for any cars or people while still enjoying music.

When safely on the MRT, I then switched the earbuds to its noise cancelling mode, and was able to block out background noise and really immerse myself into what I was listening to.

The app also lets you fiddle around with the different equaliser settings, and offer a couple of preset settings, such as “Immersive”, “Bass Boost” and “3D Sound Stage”. 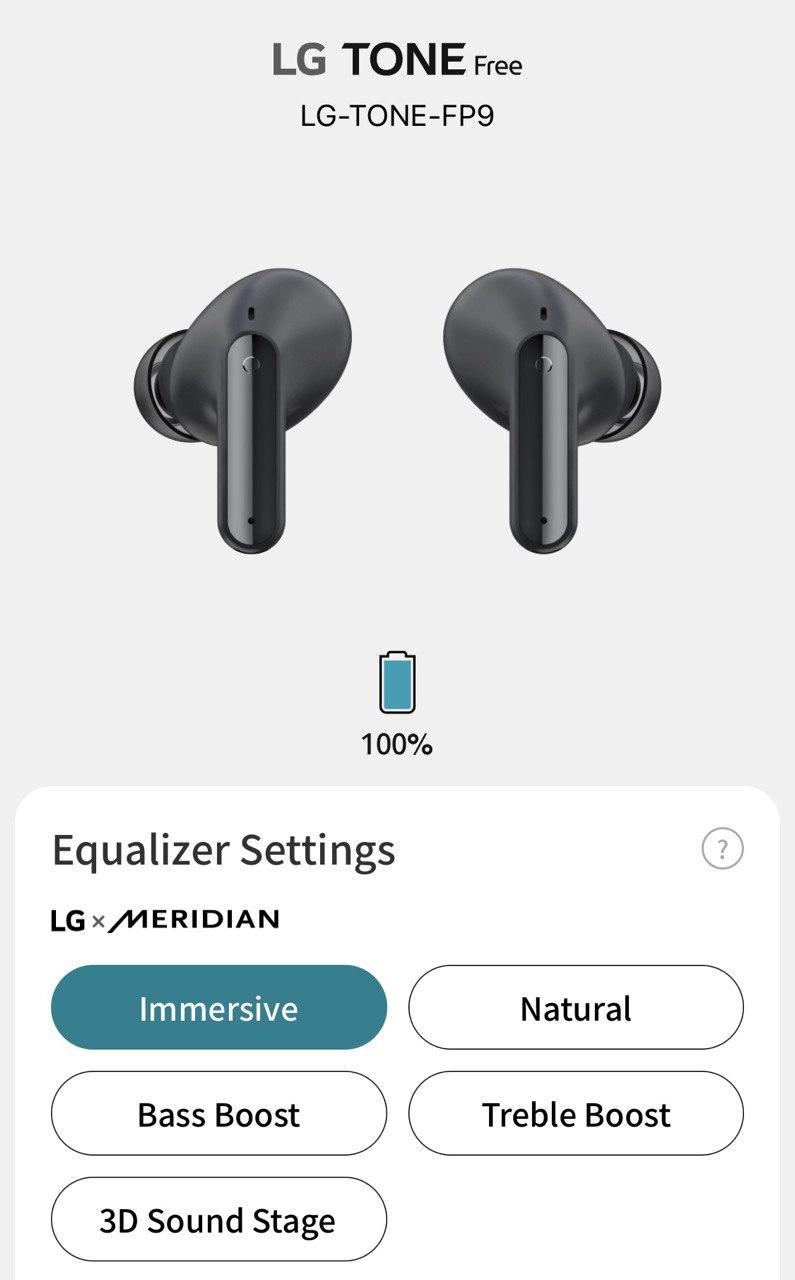 I’m used to wearing rather big headphones out, but I do get bothered by how warm and sweaty I would get wearing them, especially on a hot day.

So what was immediately apparent to me when wearing these earbuds out was how light and comfortable they were, while not compromising much on sound quality.

They also stayed on snugly throughout my whole commute, without me having to readjust them periodically – a pet peeve I typically have with earbuds.

Of course, the true test of any earbuds in the age of working from home is how well it performs in virtual meetings.

And these did not disappoint.

One nifty feature is its “Whispering Mode”, which lets you use one earbud as a microphone, so that your colleagues will be able to hear you more clearly. This was great for when I had to take a virtual meeting with other people in the room this week, and did not want to raise my voice too much and disturb others around me. 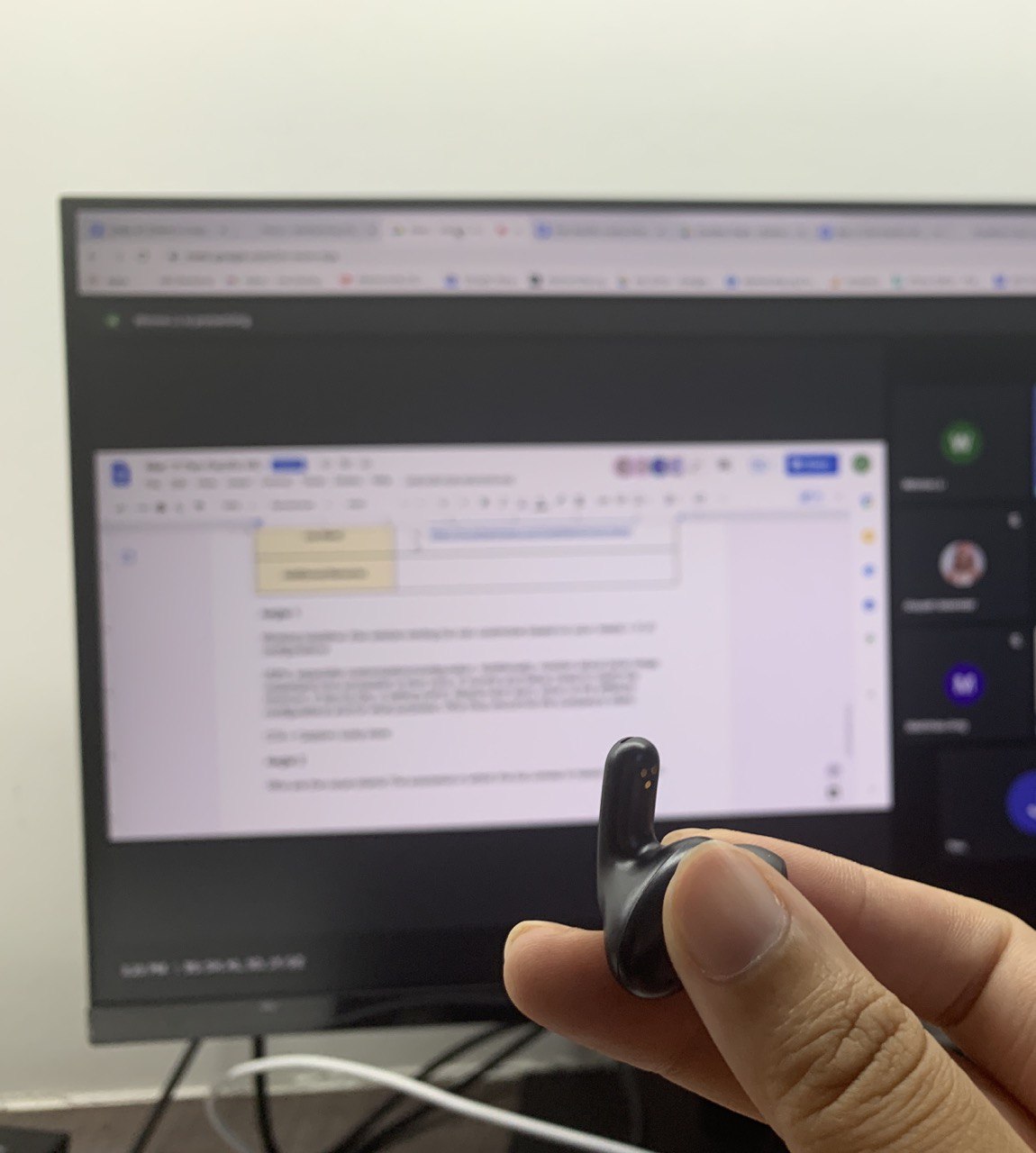 I could instead bring the microphone nearer to my mouth when speaking, and my colleagues could hear me perfectly.

I was quite pleasantly surprised by how these earbuds held up during my workout sessions.

Not once did they fall out, meaning that the silicon earbuds, while small, had a good grip on the inside of my ear.

Other earbuds I’ve used in the past would at times fall out onto the dirty gym floor after jumping or running for a while.

Another thing I appreciated and found really useful about the earbuds was the “Plug and Wireless” mode.

This mode lets you continue using the earbuds wirelessly, even when using devices which would typically require a wired connection.

A case in point was using exercise machines like a treadmill.

I attached the charging case to the headphone jack output of the treadmill using the AUX to USB-C cable that was provided, and then flipped the switch on the side of the case to activate the “Plug and Wireless” mode. 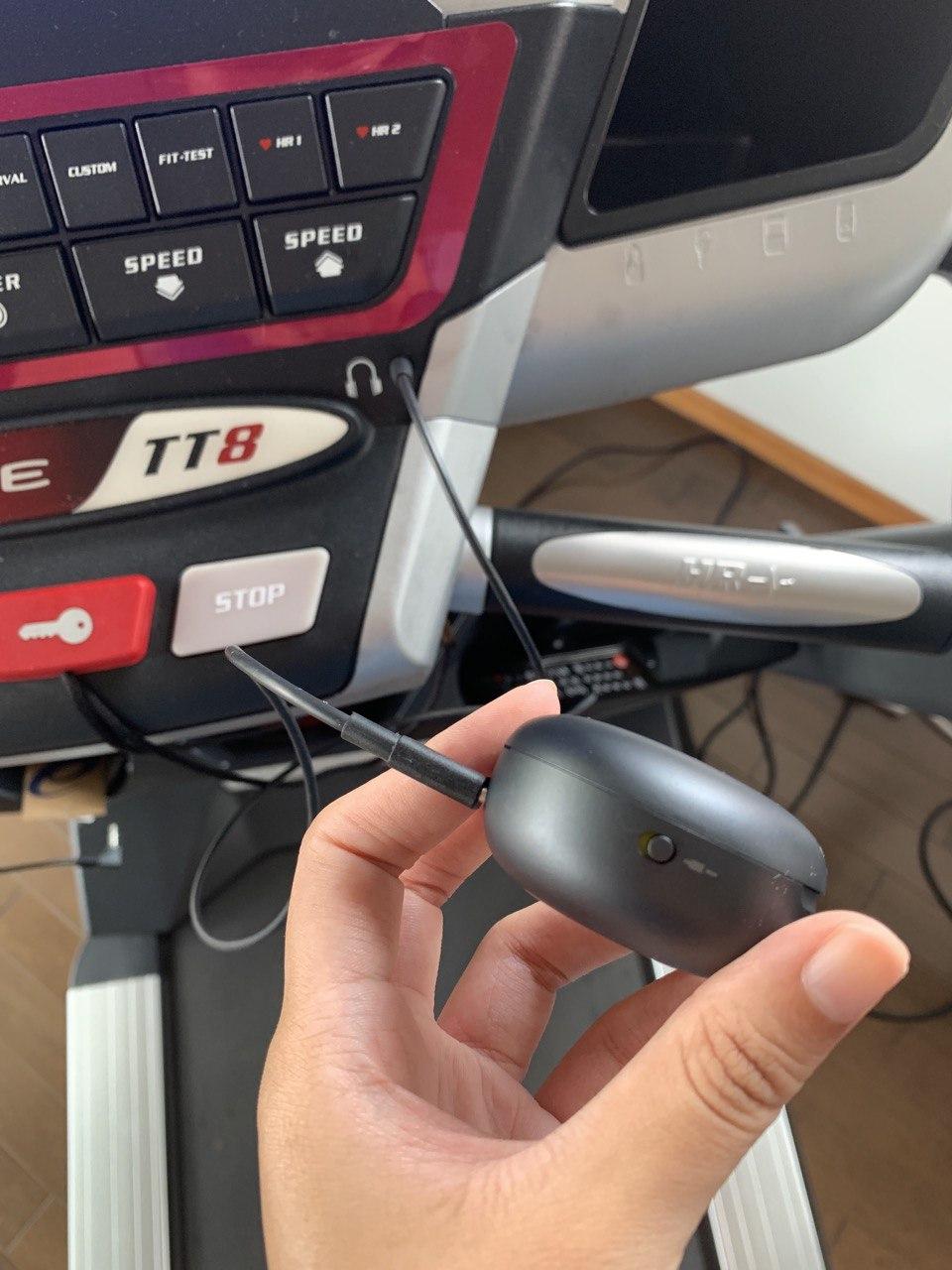 The case transmits the audio feed wirelessly to the earbuds, meaning that I wasn’t annoyingly tethered to the treadmill when running.

I realised this feature also meant that I could use the earbuds when listening to my old and janky record player.

My old player only offers an AUX connection, or plays music out of its terrible speakers.

This meant that I would have to sit near my player, and could only go as far as my headphone wire would let me.

With this set up, I could roam around freely in my room and still get to enjoy the music coming from my record player. Earbuds that are self-cleaning?

I’ll be honest, Covid-19 has also made me a bit more of a germaphobe.

I would find myself spending a fair bit of time wiping down my devices at the end of the day, so reading that the earbuds had a self-cleaning feature was a huge plus to me.

The UVnano charging case comes with UV LED, which claims to kill 99.9 per cent of bacteria after just 5 minutes while the earbuds are charged in the closed case through wired charging.

After wearing the earbuds the whole day, and also after a sweaty workout, the earbuds would have collected a fair bit of germs from the day’s use.

I felt a lot of comfort knowing that the previous day’s germs wouldn’t be there the next day when I picked up the earbuds again.

I ended each day putting the earbuds back into its case, for it both to charge and clean itself for the next day’s use.

Comfortable with a lot of useful features

In my week using these earbuds, what impressed me most was how many features were packed into such a small device.

The features had real practical applications, and I especially liked its ability to be used with devices that would typically require a wired connection.

I felt this solved a lot of pain points I had when using audio devices.

Its battery life was pretty good too, with each charge lasting me at least the whole day.

LG also claims that a 5-minute charge would give you one hour of listening time.

Its auto-cleaning feature also gave me a good peace of mind whenever I picked up my earbuds the next day, knowing that it had been zapped free of germs when charging the night before.

This is a sponsored article by LG.

All photos by Low Jia Ying