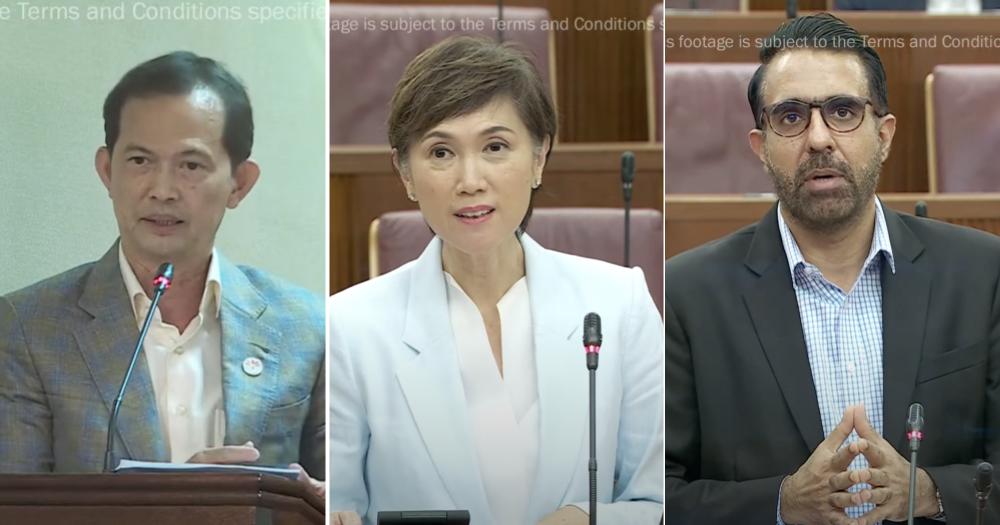 Local media companies play an important role in informing and engaging citizens, and this is why the Government puts its support behind SPH Media Trust, said Communications and Information Minister Josephine Teo on Friday (Mar 4).

Teo added that the government cannot be half-hearted about funding local media to support its transformation, in her speech during her ministry’s Committee of Supply (COS) debate.

When compared to the investments seen elsewhere in the world, Teo said the amount of funding to support Singapore’s local media’s transformation must be “meaningful” in order for their efforts to have a chance.

“These are not figures that are out of whack when we look at other countries’ investments,” Teo said.

Teo was also addressing a question by Progress Singapore Party (PSP) Non-Constituency Member of Parliament (NCMP) Leong Mun Wai, which was about the rationale underlying the government’s decision to provide SPH Media Trust (SMT) with S$900 million over five years.

Leong’s contribution to the COS debates on Mar. 4 put SPH’s media business restructuring under the spotlight as the company is poised to seal a lucrative deal to sell its property assets.

In response, Teo said funding for SMT’s transformation had to be “meaningful” to give local media “a chance to succeed”.

She said that the Parliament had been fully briefed on the need for the restructuring and accepted that Singapore’s local mainstream media is worthy of public funding.

Teo explained the reasons for the funding.

This is because local mainstream media helped to keep Singaporeans united by “providing a Singapore lens through which citizens can make sense of global events”, she said.

Teo also said that the local media present an authoritative source of information and produce content in Singapore’s official languages that celebrates its diverse culture.

The back and forth that ensued focused on whether it was prudent for the government to support SMT — a company limited by guarantee (CLG) — with so much taxpayer money when its predecessor, a listed company, had sizable assets.

During the COS debates, Leong alleged that the arrangement between SMT and the Government was “evidently a bad deal”, asserting that taxpayers were footing the bill.

“Firstly, where is the plan to recoup the S$900 million over time?” asked Leong, pointing out that the current Budget included various tax-raising initiatives.

“Do we have an exit plan or will we keep funding SPH Media Trust for many more years beyond the first five years?” he asked.

“Secondly, why didn’t the government ask for more money from SPH, the listed parent, before it agreed to taking the loss-making business out of SPH?” he added.

Leong pointed out that despite SPH’s print media business waning in recent years, the company had maintained overall profitability due to its property assets.

One broker, said the PSP NCMP, had estimated SPH’s property assets to be worth at least S$3.9 billion while generating an annual cash flow of S$300 million; they are slated to be sold off to the consortium Cuscaden Peak.

He argued that it was therefore reasonable to expect SPH to continue funding the transformation of its media business.

“SPH could have remained on trajectory of decline”: Josephine Teo

In her remarks, Teo responded, “the shareholders voted and agreed to an initial injection of S$18 million in cash and S$30 million worth of shares for SPH Media Trust.”

She was referring to the recent restructuring of SPH’s media business into a CLG.

“If the restructuring proposal involved an even higher contribution, the shareholders could have walked away, the CLG might not have been formed, and the SPH media business could have remained on its trajectory of decline with scant hope for revival.”

She said that Parliament had accepted the need for local mainstream to receive funding.

She also referred to the February 2022 sitting of Parliament where she “explained in detail” how SMT would be held accountable through certain key performance indicators.

At the time, MCI said:

“SMT is required to provide progress updates to MCI on a half-yearly basis. This allows MCI to track SMT’s progress, and for the government to help SMT achieve its desired outcomes when necessary.

We will also review the funding quantum after the first five years based on the progress that SMT has made.”

Back in May 2021, Home Affairs Minister K Shanmugam said it was vital for the media to foster trust with the public and said the old business model no longer worked, and cited France as an example of a government which had provided “hundreds of millions of Euros” in direct and indirect support to the media.

Leong proceeded to ask for clarification:

He further asked for an update on former Communications and Information Minister S Iswaran’s previous statement that SMT would have private donors.

Returning to the lectern, Teo explained that the economics of the media business had changed to the extent that SPH’s previous structure was “no longer tenable”.

She said the government had two choices: either accept that SPH continuing as a listed entity could fail and “live with the consequences”, or “do everything we can to help it to transform so that SPH Media Trust can remain a trusted institution serving the public good”.

While acknowledging that S$900 million was a sizeable financial commitment, Teo maintained that it was in the ballpark of figures seen elsewhere in the world. She said:

“It would appear to me that the fundamental difference is that Mr Leong, or the PSP, simply does not value our local mainstream media as much as the government.”

“Stuck with a bigger problem”

Teo then had to give further clarification when Leader of the Opposition Pritam Singh asked whether the Government had required SPH to ensure that SMT would have some self-funding capability through transferring some of its assets to the CLG.

“How much did the Government push so as to limit the burden on the taxpayer?” enquired Singh.

Teo once again cited the extraordinary general meeting where SPH shareholders voted on the terms of the restructuring.

“I think it is not a case of how much the government pushes for shareholders,” she said.

“Ultimately SPH Media Trust is a restructuring of a media business that existed within a listed company. And so as things go, it is the proposal that is made by the management to the shareholders that must pass muster. […]

If it hadn’t gone through, then this whole restructuring exercise would not have been able to proceed, in which case and I think we are stuck with an even bigger problem.”

Top image via MCI’s YouTube channel and by Syahindah Ishak

LONDON: I killed a man last night. I shot him three times. I aimed for…