The English proverb, which says that children should be seen and not heard, has no place in Singapore given how far the education system here has come.

This was clearly evident as multiple students at Jurong Secondary School recently played host to Education Minister Chan Chun Sing, who paid a visit and was shown around — sans teachers the whole time. 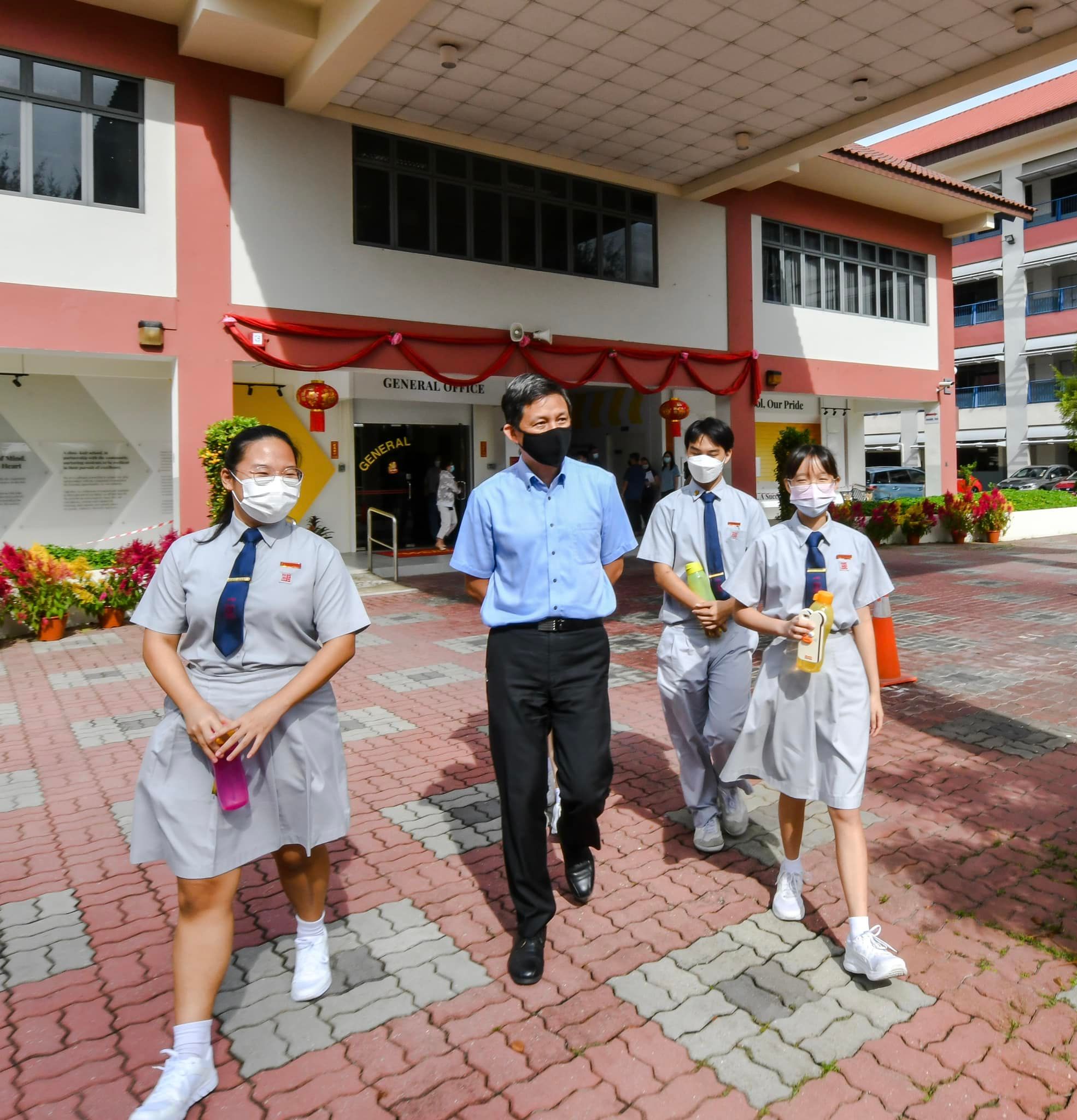 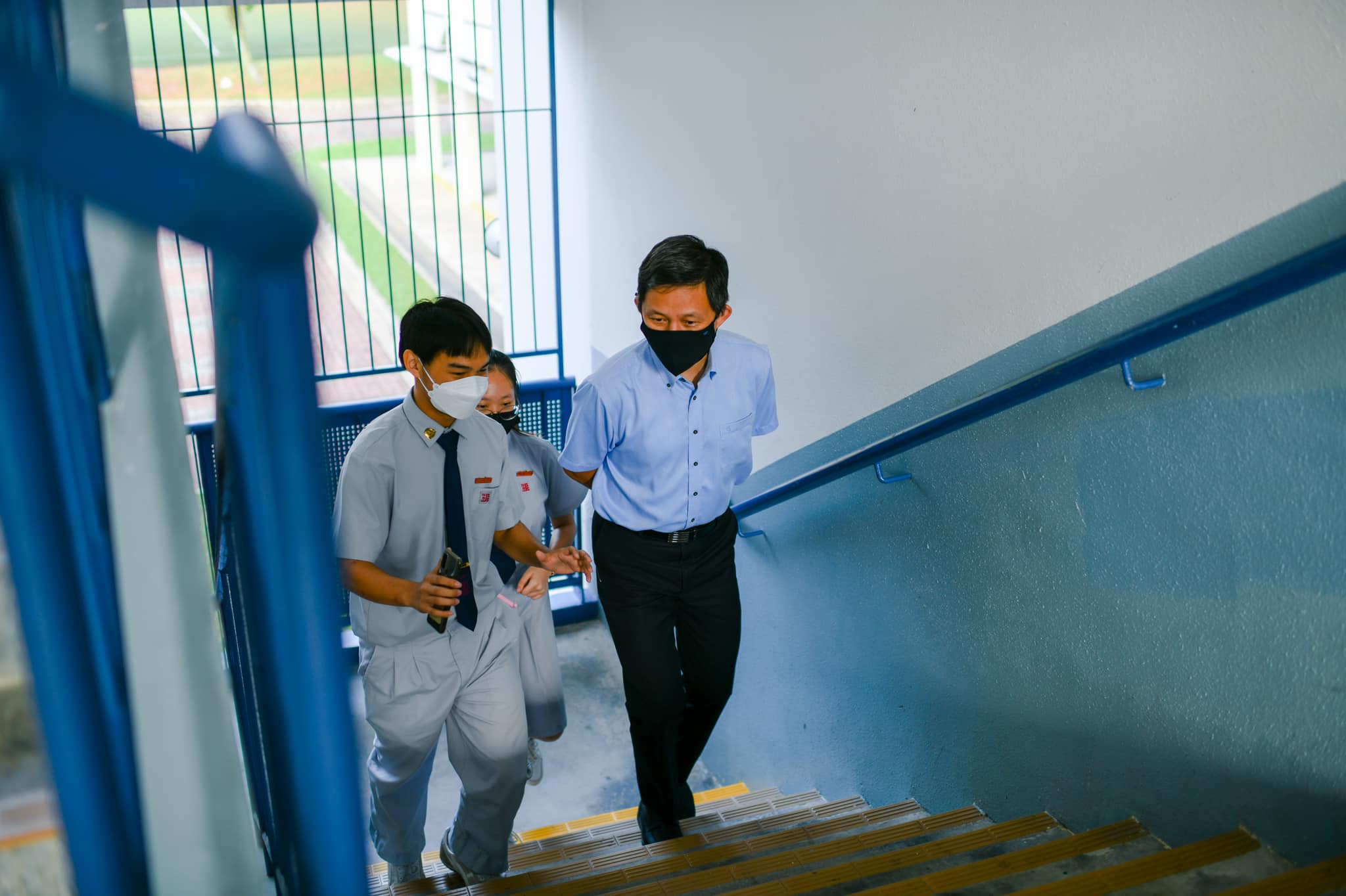 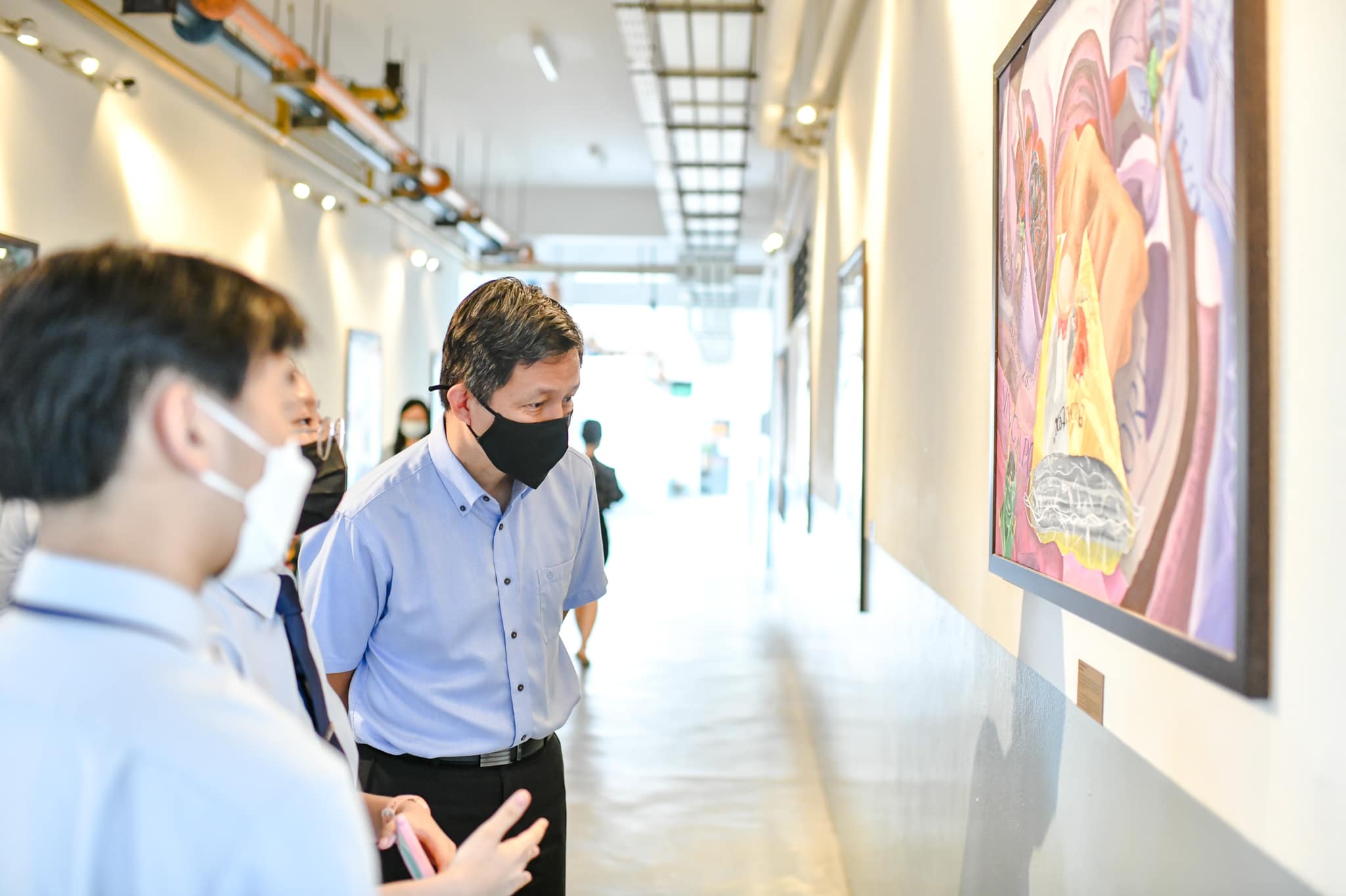 Photos put up by Chan and the secondary school showed the minister being led through the school compound, in class, at physical education lesson, and at a dialogue in the company of students only.

The students who hosted the visit were student councillors, the secondary school revealed on Feb. 28 in their own Facebook post of the event.Chan wrote on Facebook in response regarding his visit: “I was left in the good hands of Vivian, Yi Xuan and their schoolmates, from the moment I arrived at Jurong Secondary School.”

He added: “It was clear that the principal and teachers have tremendous faith and trust in their students – they are given space to lead independently and be themselves, and the confidence that this instils in the students shone brightly.” 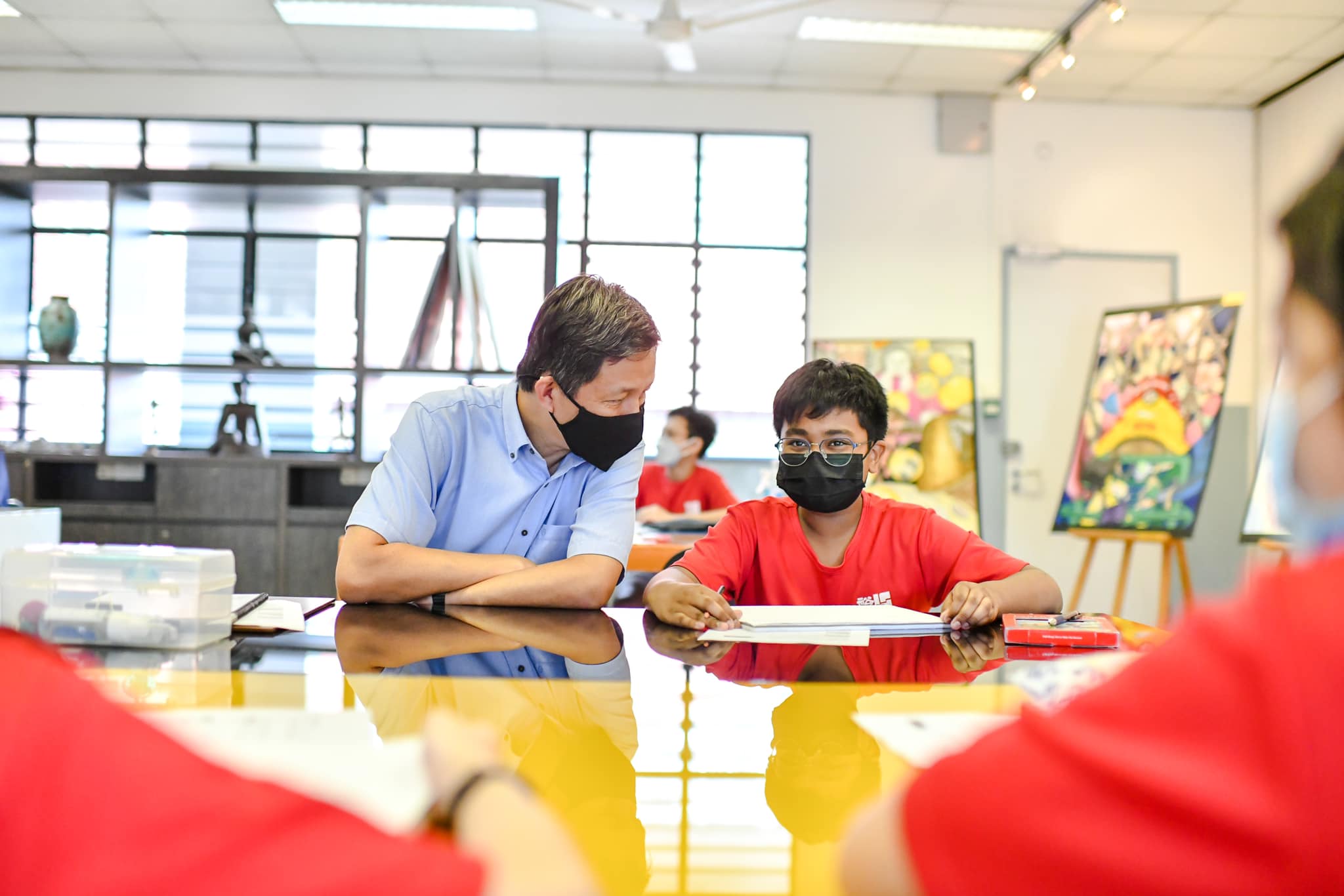 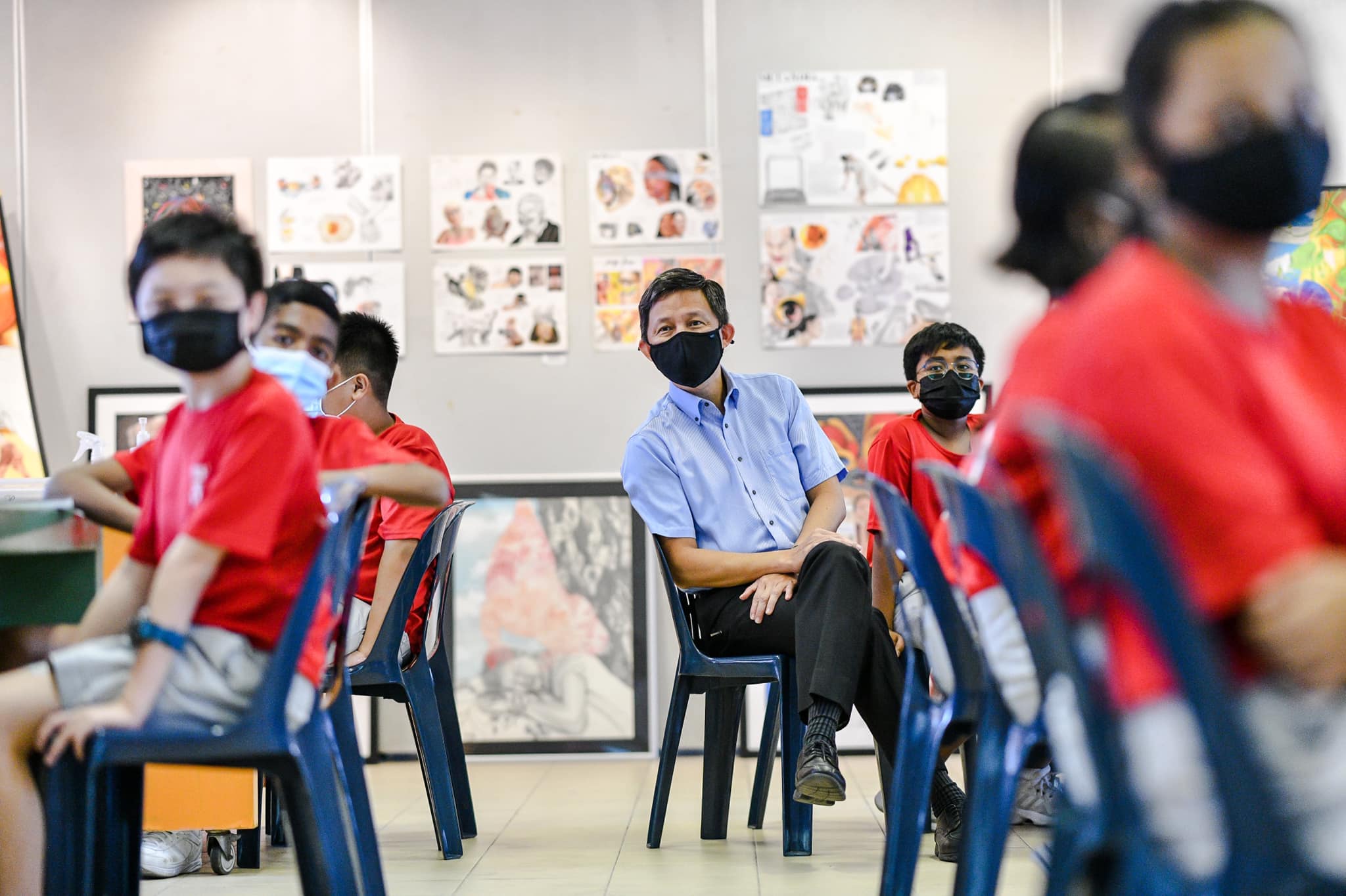 One of the pilot schools for full subject-based banding school

Chan’s visit to Jurong Secondary School helped showcase the latest tweaks to the education system in Singapore, with the de-emphasising of grades, and the promotion of individual growth according to one’s learning abilities and interests.

Jurong Secondary School is one of the pilot schools for full subject-based banding (full SBB).

What is full SBB?

Under full SBB, students from the Express, Normal (Academic) and Normal (Technical) streams are placed in the same mixed form class and take six non-academic subjects together.

They include art, physical education, and food and consumer education.

These subjects are known as common curriculum subjects.

For subjects such as English, mathematics or history, students will attend lessons in different classes based on their ability for each subject.

Students who perform well in certain subjects would be able to take them at a more demanding level in the middle of the year or the following year.

By 2023, about 90 schools, totalling more than two-thirds of secondary schools, would have implemented full SBB.

The rest of the secondary schools implementing full SBB will come aboard in 2024.