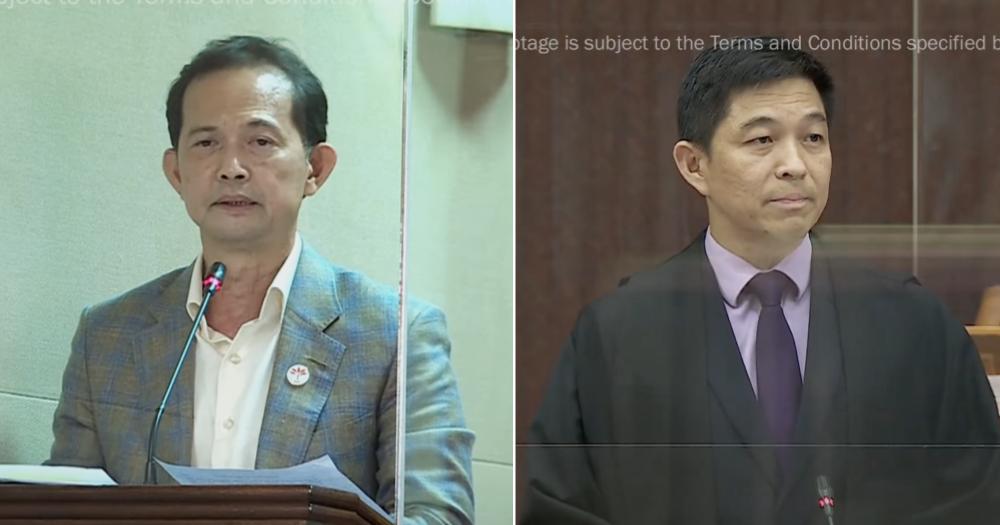 Leong has since acceded to the request in the evening, making a personal explanation in Parliament just before proceedings were adjourned for the day.

What was the issue with Leong’s statements?

Leong’s statements on Mar. 7 included comments on his own Facebook post saying that he had “a number of clarifications to make”, but that “the Speaker didn’t even give me the chance”.

He also wrote, in a separate comment, “Completely ridiculous.”

Zaqy said that Leong’s statements on Facebook “impugned the Speaker [of Parliament]” and the process of Parliament, and that Leong’s conduct in doing so was “dishonourable”, and in breach of the Parliament (Privileges, Immunities and Powers) Act.

He also said Leong’s statements “misrepresented how the COS proceedings for MOM were ended” as they suggested that the Speaker could have called on Leong to speak, “but deliberately did not do so for improper reasons”.

Leong: “Not my intent to impugn”

Leong began his personal explanation by thanking the Speaker for giving him the opportunity to do so.

He explained that during the Ministry of Manpower (MOM)’s Committee of Supply debate on Mar. 7, he had hoped to ask the manpower minister “a very important point about the displacement of Singaporean PMEs”.

Leong had on Mar. 7 been stopped from asking further questions, as time had run out.

He sought to explain this on Mar. 8, saying:

“It was not my intent to impugn Speaker, or the parliamentary processes. With my social media post, I was trying to highlight that some amount of discretion and flexibility with the Standing Orders will go a long way in enhancing our discussion in this house.”

Leong then proceeded with his apology, saying:

“Today, I would like to sincerely and unreservedly apologize to the Speaker and this house for my Facebook comments of 12:52pm and 12:53pm on 7th March 2022, and the video I posted at 6:55pm on 7th March 2022, and the statements therein which impugn the speaker and the processes of the Parliament. I’ve taken the post down at 5:30pm today, I withdraw what I say in them, and undertake not to repeat such words again. I acknowledge that I have not set out all the facts in my post and thus gave a misleading impression.”

After confirming that Leong would also put up an apology on Facebook, as per his initial request, Zaqy proceeded to emphasise the importance of rules in Parliament, and then accepted Leong’s apology.

He said that Parliament was a place to debate important issues, and that “a set of procedures and practices” help ensure “effective and efficient” debate.

He said that rules in “other jurisdictions” had been used to “prevent or frustrate the government of the day from carrying out its proper functions”, but this would be “completely contrary to our interests” if it were to happen in Singapore’s Parliament.

“The rules have been designed and fine-tuned over the years and have worked in ensuring that important issues to us are brought up before the house and robustly debated or allowing business to be completed without undue delay,” he said, adding that “Mr. Leong himself should acknowledge this.”

Zaqy then highlighted an example of a “long debate” on Singaporeans’ jobs, and Singapore’s foreign talent policy which lasted for “hours”.

Over 600 cuts were filed for the 2022 COS debates, Zaqy pointed out, and would be debated over 50 hours.

“So I don’t think anyone can reasonably say that the budget was not extensively debated,” he contended, adding that issues could also be raised in later sittings.

“So I therefore hope that members would bear this in mind. And remember that we are all representatives of this house. And we should resist any attempt to lower the standing or dignity of this house,” he said, adding:

“We all play a part in ensuring that robust debate can take place here and that Parliament remains a trusted and respected institution, where all these issues can be raised fairly and can be scrutinized by the public.”

He then accepted Leong’s apology. AL RAYYAN, Qatar: Brazil are going home empty-handed after they suffered yet another heartbreaking World…