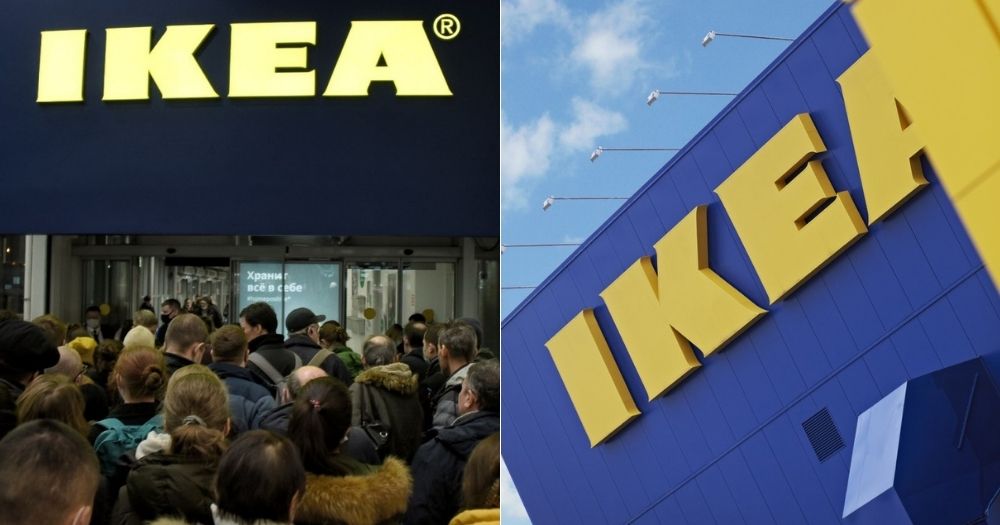 Russians flocked to IKEA retail stores on Mar. 3, the last day of the operations in Russia.

In a press release on Mar. 3, the global furniture giant announced it will temporarily close all 17 retail stores and pause operations in Russia, its 10th-biggest market.

From August 2021, IKEA raked in 1.6 billion euros (S$2.39 billion) of retail sales from Russia, according to Reuters.

There were long lines outside IKEA retail stores in Russia.

Within the IKEA retail stores themselves, checkout counters were packed, all of whom were fervently trying to make their purchases.

IKEA detailed how it will pause operations in Russia:

According to Reuters, Inter IKEA is in charge of supply while Ingka Group is the main global retailer with 17 stores in Russia and one distribution centre.

In the year through last August, Russia was IKEA’s 10th-biggest market with retail sales of 1.6 billion euros ($1.8 billion) or 4% of total retail sales.

However, IKEA said its shopping centre Mega will continue remain open in all of its 14 locations.

This ensures that their Russian customers will have access to daily needs and essentials such as food, groceries and pharmacies.

The furniture conglomerate also announced it would be making donations towards those affected by the Ukraine-Russia war.

The IKEA Foundation, funded by Ingka Foundation, announced on Mar. 3 that it would donate EUR 20 million (S$29 million) for humanitarian assistance to those who have been forcibly displaced due to the conflict in Ukraine.

Additionally, Inter IKEA Group and Ingka Group are initially granting EUR 10 million (S$14 million) each to provide support in products and other assistance to UNHCR, Save the Children and other organisations working in the local markets.

The Swedish furniture giant IKEA is just one of the many Western companies cutting ties with Russia amidst the unfolding crisis.

It is also the first to halt business with Russian ally Belarus, according to Reuters.

Other companies like Nike, Apple, H&M and Disney have also pulled back from Russia.