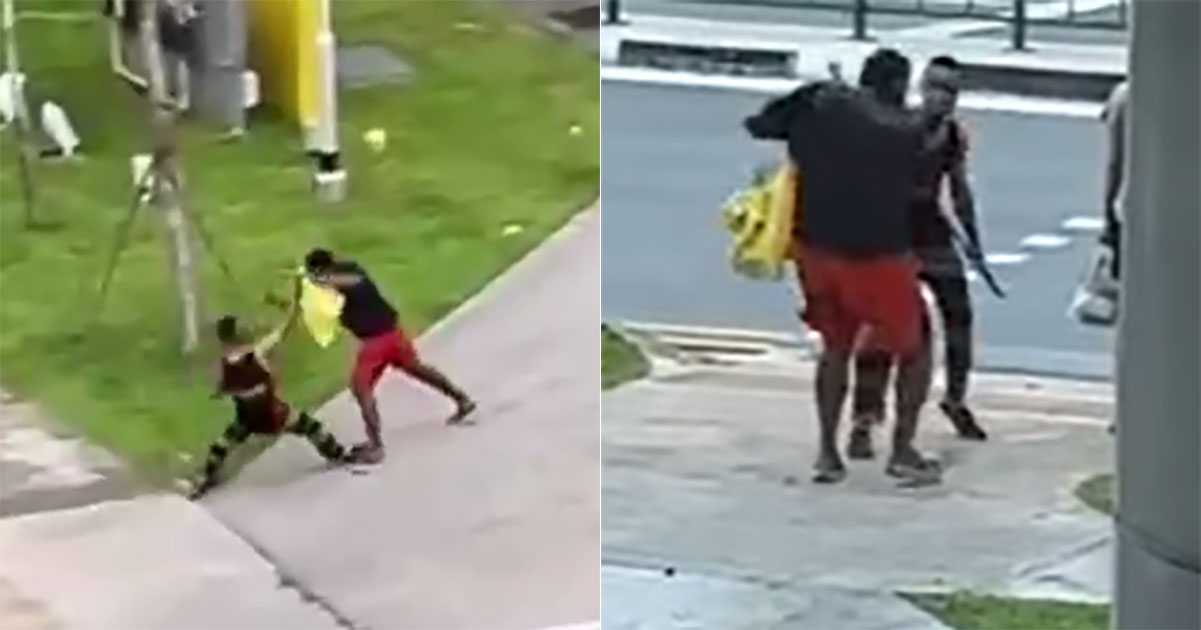 A man who was seen swinging a sword at cars and passers-by along Buangkok Crescent on Mar. 14 afternoon has been arrested by the police.

Subdued by members of the public

In multiple videos circulating online, the man, wearing a dark-coloured tank top and long pants, was seen walking on the road with a long sword and swinging it at several cars passing by.

He then approached a bystander on the roadside waiting for the traffic light, and swung his sword at the man’s neck.

The bystander flinched and retreated, and the man charged at him, only to slip and fall to the ground.

The bystander struggled with the man on the ground, and a few other passers-by joined in to help subdue the man by putting their weight on him.

According to Today, the police said the man damaged at least three cars outside Buangkok Square shopping centre.

The man was seen approaching one car while and pointing the tip of the sword at the front passenger window.

The driver drove off and the man swung the sword, which appeared to hit the vehicle’s rear.

He was then seen walking on the opposite side of the road and he again appeared to hit another passing vehicle.

The police added that the man, as well as two members of the public, had sustained minor injuries.

The police responded to the incident at around 1:55pm, and arrested the man for criminal intimidation and possession of an offensive weapon.

The sword was seized as a case exhibit.

If found guilty of possessing an offensive weapon in a public place, the man may be jailed for up to three years and caned not fewer than six strokes.

For criminal intimidation, the man could be jailed for up to two years, fined, or both.