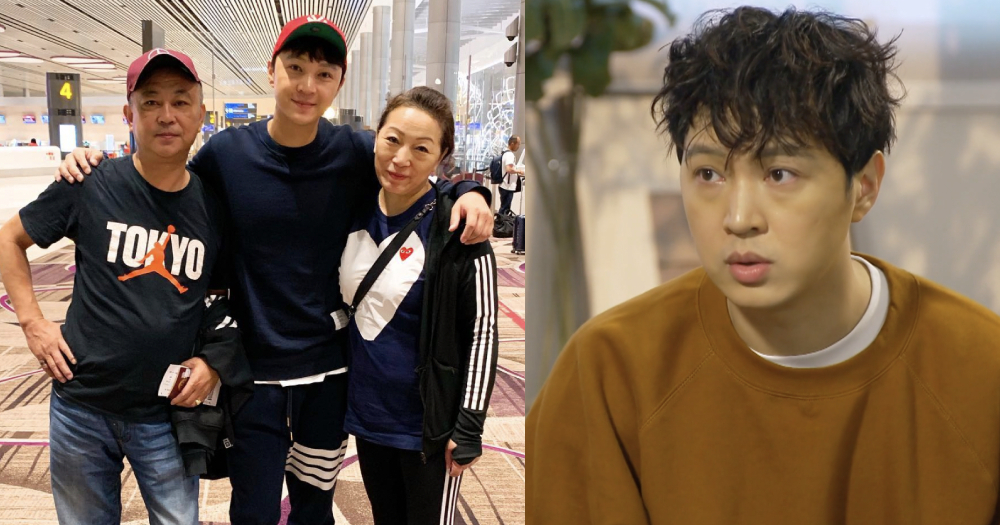 They say being with the right people can bring out the best in people, and that was apparently the case for Jeffrey Xu.

The Shanghai-born Mediacorp actor Jeffrey Xu, 33, spoke about how his once stoic facade has been melted away by his now-fiancée Felicia Chin, 37 during this week’s episode of Quan Yifong’s talk show “Hear U Out”.

But first, a recap

Here’s a quick recap for those who don’t quite remember the details of their seven-year relationship: the couple knew of each other “way back” but Xu said his impression of her was influenced by the rumours he heard about her.

It was only in 2015 when they started filming Channel 8 long-form drama “Life – Fear Not” when they grew close.

Xu revealed he felt apprehensive about dating Chin, who was more established at him at the time, as he worried about how people might gossip about their relationship.

“But I realised that if I set all this aside… Why couldn’t we be together?” he continued.

In 2016, Xu famously asked Chin for a hug on national TV after his name was announced as one of the recipients of the Star Awards Top 10 Most Popular Male Artistes, and told the press that he was still in the midst of wooing her.

In reality, the pair had been dating since the end of 2015.

Even before they got together, Xu recalled a time when she waited outside his house at 4am to send his parents off at the airport.

“She asked me if I was sending them off [at the airport] and I said no.

I told her it’s because my mother always cries whenever we have to part, and that I’d cry too. I didn’t want to let them see me cry. I didn’t like that feeling.”

Chin sent his parents off at the airport, and his mum later called him to ask who the girl was.

Despite not knowing who Chin was at the time, Mama Xu gave her stamp of approval, and the actor started to develop even deeper feelings for Chin.

These days, Xu is more open with his feelings and will send his parents off at the airport — even at the risk of them seeing him tear up.

“I send [them off at the airport now]. I’ve changed because of Felicia.” he said. “I want them to know that I love them.”

‘I feel very fresh’: The former gangsters in prison getting their tattoos removed for free