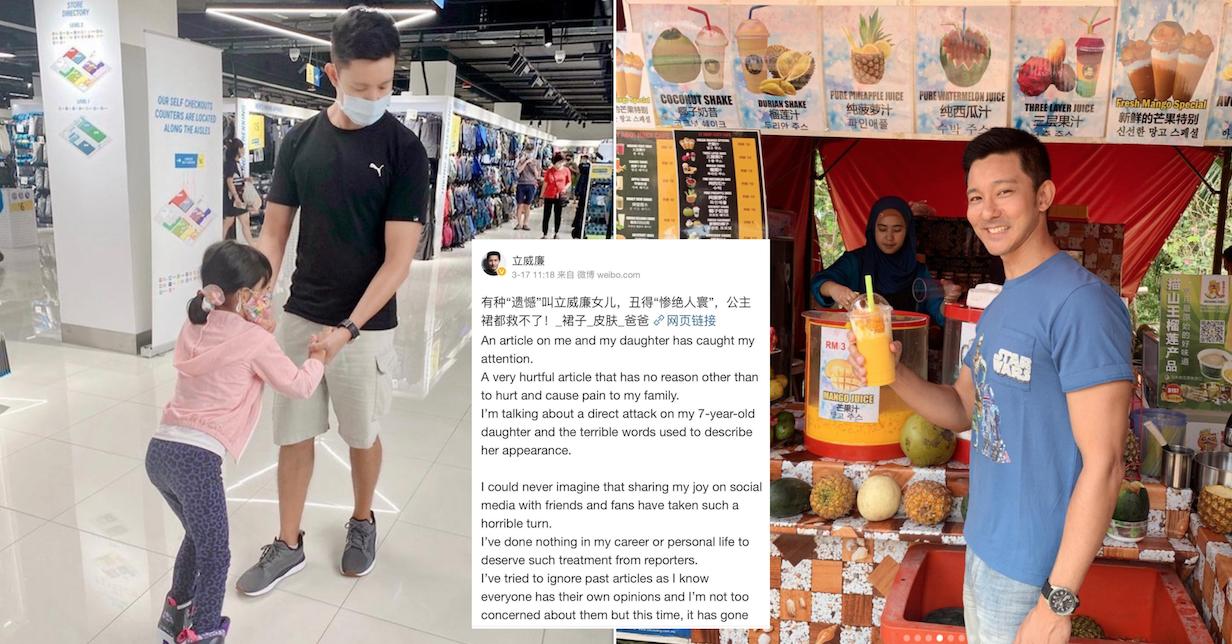 Leon Jay Williams, 45, has hit back at the Chinese media outlet who attacked Harper, his seven-year-old daughter, for her appearance.

On Mar. 17, the Singaporean actor stood up for his daughter on Weibo and Instagram after a whole article was maliciously dedicated to calling her “ugly”.

A screenshot of the article was attached to Williams’ post:

In his post, Williams described the article as something “that has no reason other than to hurt and cause pain to [his] family.”

“I could never imagine that sharing my joy on social media with friends and fans have taken such a horrible turn. I’ve done nothing in my career or personal life to deserve such treatment from reporters.”

While Williams has tried to ignore negative articles about him in the past, the actor felt that it has gone too far this time.

He also made it clear that he was not talking about the readers who trolled the comments section, as he understood that such comments come with being a public figure.

Instead, he was referring to the website and its writer, who chose to devote an entire article to the subject.

“I suggest, as a professional journalist, you should be making use of your talents researching facts. […] Think of the long-term emotional damage that it will cause the child when she is able to read your words.”

The actor then asked for the writer to write responsibly, as it is a basic tenet of their job.

To protect his daughter, Williams announced in the same post that he will not be posting to his Weibo page “for the immediate future.”

Up until this, the actor had been sharing snippets of his family life, such as birthdays and milestones with Harper.

Article taken down within hours

Speaking to Mothership, Williams said that they have been trying to shield Harper from the incident.

“Yeah, she’s just started to read, and obviously I’m pretty glad right now she can’t read (laughs). For the moment, you know, but the thing is, we can’t protect her forever,” he acknowledged.

Another message that Williams wanted to put out was that it is “not right” to target children in this manner, as it could potentially cause them to be suicidal.

“The good thing was that the whole article was taken down within hours, and I guess that was what I wanted. I wasn’t looking into lawsuits and things like that, that’s not the point.”

Thankfully, Harper appears to relatively unscathed by the absurd attack—it is likely that she does not understand the severity of what happened, he added.

On Mar. 3, 2022, Mediacorp announced that Williams has joined its stable of talents at The Celebrity Agency (TCA).

Williams started career in modelling at 17, and later on ventured into acting overseas, mainly in China and Taiwan.

The actor, who also released his first album in 2005, is a mix of English, German, Japanese and Chinese lineage. 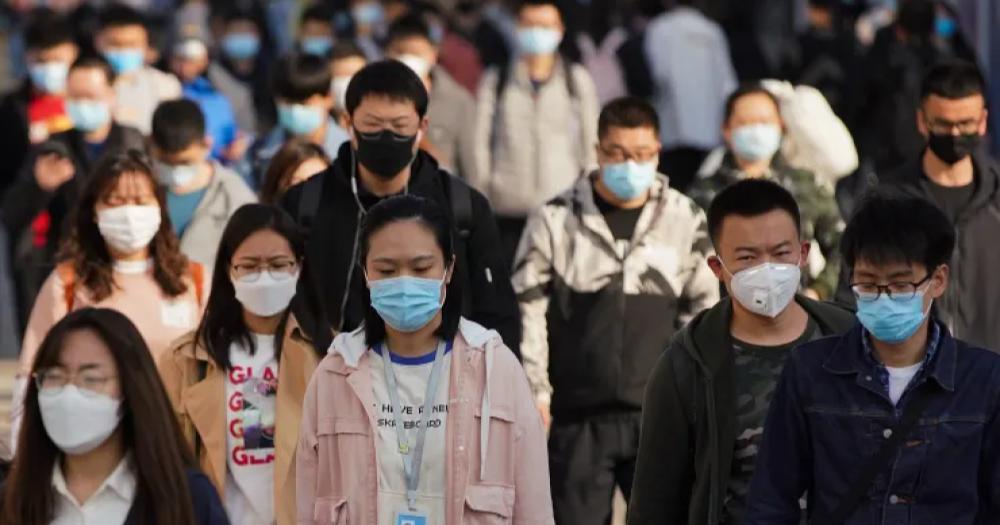