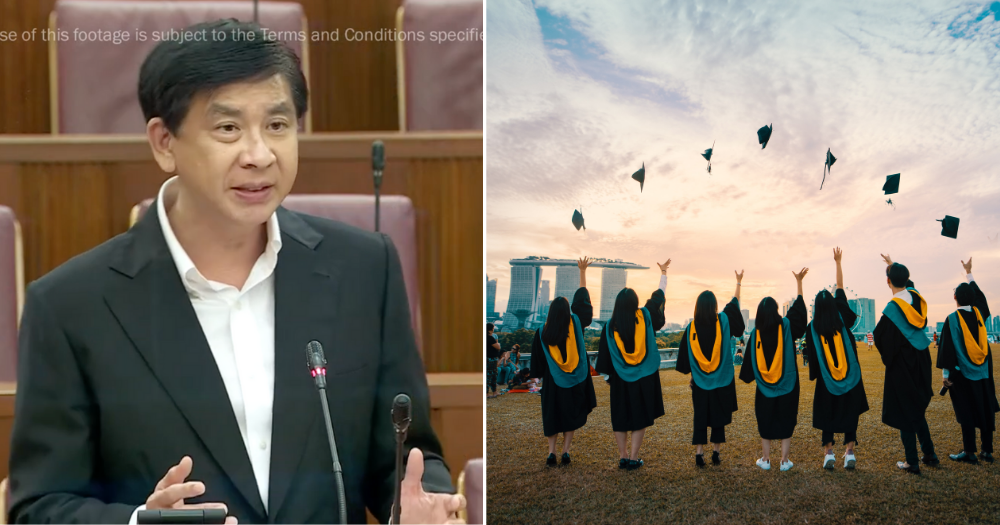 Member of Parliament for West Coast GRC Ang Wei Neng has apologised for causing members of the public to be upset and concerned over the point about having a time stamp on local university degrees.

Ang spoke in parliament on the second day of the Budget debate (Mar. 1) and called for university graduates in Singapore to be required to attend upgrading courses once every five years or so.

Responding to Mothership‘s queries via email, Ang said that his radical idea was meant to be thought provoking to “sound scary”.

In other words, Ang painted an extreme scenario so as to emphasise the risk of university degrees losing value over time and the importance for lifelong learning support, especially in the technology sector.

“In that context, I made the point about a time-stamp on a degree certificate which would lose its value over time, as a radical idea, to emphasise this risk. And I ended off by asking “Sounds scary right?” for emphasis.”

Yesterday, Ang also clarified on Facebook that this radical scenario of having a time stamp on degree certificates was not meant to be a policy recommendation.

However, Ang recognised that the way he spoke could have caused some misunderstanding and he apologised for it.

“Unfortunately, I accept that the way I made the point caused a lot of people to be upset and concerned, [thinking] that this was a policy recommendation that would cause their degree to lose effect. I apologise for causing this, through the way I spoke.”

Many agreed on the need to transform IHLs, less consensus on how to do so

Ang told Mothership that he wishes to highlight the need to transform Singapore’s Institutes of Higher Learning (IHLs) to better future-proof our next generation” and help those already in the workforce to cope with ever-changing technology through his speech.

“If degree holders do not get lifelong learning support after graduating, then the value of their degree in the workplace may diminish. Even more so in the tech sector,” Ang shared his concern with Mothership.

Ang said that many people he has spoken to agree with him that IHLs need to transform, but there is less consensus on the pace and direction of change.

“This is a multi-faceted issue that requires thoughtful discussions with fellow Singaporeans,” he added.

Ang also thanked those who have shared feedback with him, both in private or publicly.

“I would like to thank many Singaporeans that have written to me, in private or openly, or spoken to me over the last few days on this issue of continuous training and lifelong learning. Moving forward, I hope this episode will continue to spark the enthusiasm for all Singaporeans to come together and co-create the best solutions to explore more viable avenues to future-proof our economy.”