NUH urges public not to speculate about incident involving pregnant woman, hospital in touch with family to provide support 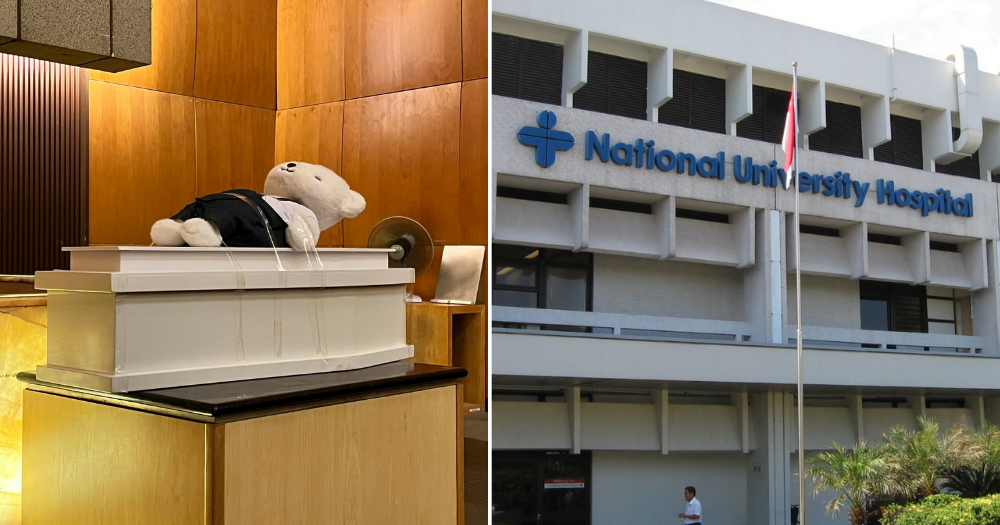 The National University Hospital (NUH) has responded following a viral post claiming that a 36-week pregnant woman lost her unborn baby after she was allegedly left unattended for two hours at the hospital.

NUH updated its Facebook with a statement on Mar. 22 to say that they are aware of social media posts and reports on this incident, and are in touch with the family to support them.

It also urged the public not to speculate about the circumstances surrounding the incident out of respect for the family.

Mothership understands that NUH is conducting an investigation into the incident.

Background about the incident

The pregnant woman’s husband, who goes by the name Mee Pok Tah on Facebook, shared about his wife’s experience at the NUH’s Accident and Emergency (A&E) department on Sunday night.

The husband shared in his post that his wife started bleeding profusely from the birth canal while bathing at around 9:30pm on Mar. 15.

The man said that he immediately called 995 after the couple noticed the bleeding and the paramedics arrived in 10 minutes.

His wife was then sent to NUH’s A&E department and she arrived at the hospital at around 10:30pm.

According to the man, upon his wife’s arrival at the A&E, a nurse on duty appeared to set up a monitoring device to check his wife’s vitals.

The man alleged that the hospital then left his wife unattended for two hours and he only received a text message at around 12:48am to inform him that his wife had been sent to the maternity ward.

“No doctors and nurses came to check and attend to my wife for 2 hours and no one informed her that there is no bed in the maternity ward.

Once at the maternity ward, doctors and nurses who immediately attended to his pregnant wife informed her that the baby had no heartbeat and had died.

The husband questioned why it took so long for staff to attend to his wife, and wondered if his child would still be alive if she was attended to earlier.

“I would like to find out why is there a time lapse of 2 hours when the moment my wife reached A&E department?????? Isn’t losing excessive blood a life threatening situation to a person who is not pregnant, let alone a pregnant lady.

This is a really unfortunate incident and i can’t stop thinking could my baby be saved if only we were attended to promptly. I just want to be sure it doesn’t happen to anyone else.”

He also updated his Facebook post that he received a call from NUH on Monday 12:30pm subsequently.