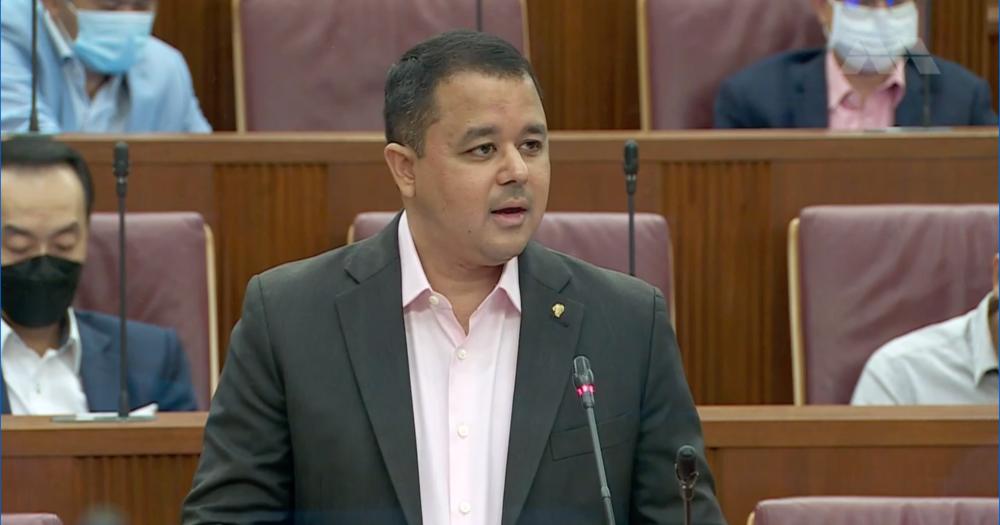 “The ruling party of the day — that is, the People’s Action Party (PAP) — must swiftly choose the next Prime Minister (PM) and next Deputy Prime Ministers (DPMs) and give them as long a runway as our current PM can manage.”

This was the view of four-term PAP Member of Parliament (MP) Christopher de Souza.

de Souza, who is currently in his fourth term as a MP in Holland–Bukit Timah Group Representation Constituency (GRC), rose to speak amid the ongoing parliamentary debate on Budget 2022.

He introduced the topic of leadership succession by first saying that Singapore can have “all the right fiscal policies in place and the mettle to see them through” despite the “pain and pinch” of doing so.

“But what we have not sorted out,” he continued, “is political succession.”

Much of his 17-minute speech was directed at the PAP’s 4G leaders, which he summed up as follows:

“My humble message to the 4G is this. Please apply your minds to succession planning and articulate swiftly your thinking and choice as regards leadership to Singaporeans. They deserve nothing less.”

“Not an easy speech to draft”

de Souza opened by saying his speech was “not an easy speech to draft”, but that he hoped it would be received “in the right spirit”.

In the midst of the speech, de Souza also made some clarifications, such as his opinion that “we have solid leadership now” and that he was not doubting the current leaders.

He also offered an explanation as to why he was making his speech in parliament and not at a PAP party conference.

“I would say it is an appropriate and relevant speech to be made in parliament,” he said, “because the PAP and its succession planning have been organic to Singapore’s success story”.

He also clarified that he had “no ambition whatsoever to be PM”, that he was been in politics for longer than many potential 4G PM candidates, and that he made his speech “with no personal agenda”.

Instead, de Souza said, “in articulating these views, I have Singapore at heart”.

de Souza spoke about the importance of leadership succession to Singapore, saying that Singapore has the “unique capability to plan decades in advance”, but must ensure that “successive generations of leaders” can see these policies through.

Setting the context for his speech, he recounted DPM Heng Swee Keat’s decision to take himself out of the running in spite of the fact that, as de Souza said, “it looked as if the 4G PM was secure” with Heng set to be appointed.

“Don’t get me wrong. I respect the DPM for that. It was an act of selflessness,” said de Souza, recalling Heng’s reasoning that the next PM should have “a longer runway to the premiership and a long run in the premiership”.

It has been nearly a year since Heng, PAP’s first assistant secretary-general, stepped aside as leader of the 4G team and likely successor to PM Lee Hsien Loong.

Nonetheless, de Souza said that Heng’s decision, made with Singapore at heart, “does not solve the issue of succession”.

Many constraints in choosing a leader

de Souza postulated that Senior Ministers Teo Chee Hean and Tharman Shanmugaratnam would be “ideal candidates for the 4G PM-ship” if they were 15 years younger, and that the same could be said of Ministers K Shanmugam, Vivian Balakrishnan, and Ng Eng Hen if they were 10 years younger.

This, he explained, was to acknowledge “many constraints in choosing a leader”, such as age, years in politics, and circumstances beyond one’s control.

de Souza then shared his own past experiences in leadership as a hockey captain in various teams, saying that he was not “the best player on the team”, but that he was possibly asked to captain those teams due to other reasons, such as his ability to read the game or his friendships with teammates.

Similarly, he shared that the captain of the national men’s hockey team was also not the best player in the team. He said:

“The point I’m getting at is that we cared less about who the captain was,” said de Souza.

Instead, the team was more concerned about how Singapore was performing.

Succession plan should be announced

de Souza also said that the succession plan should be announced to the world.

It would “show the world that in the middle of this pandemic we can even sort out the succession plan”.

“We must make the world aware of the succession plan,” he said.

He also added his perspective as a lawyer, saying that “political predictability” was something his clients looked at in making decisions about where to invest.

“Let us show the world what Singapore is made of. In the throes of a crisis, we can pick a future leader and a core team to take Singapore through its next chapter and beyond,” he concluded.

Top image via video by CNA