Person in lingerie who climbed down Hong Kong building to flee police is Thai man, 30 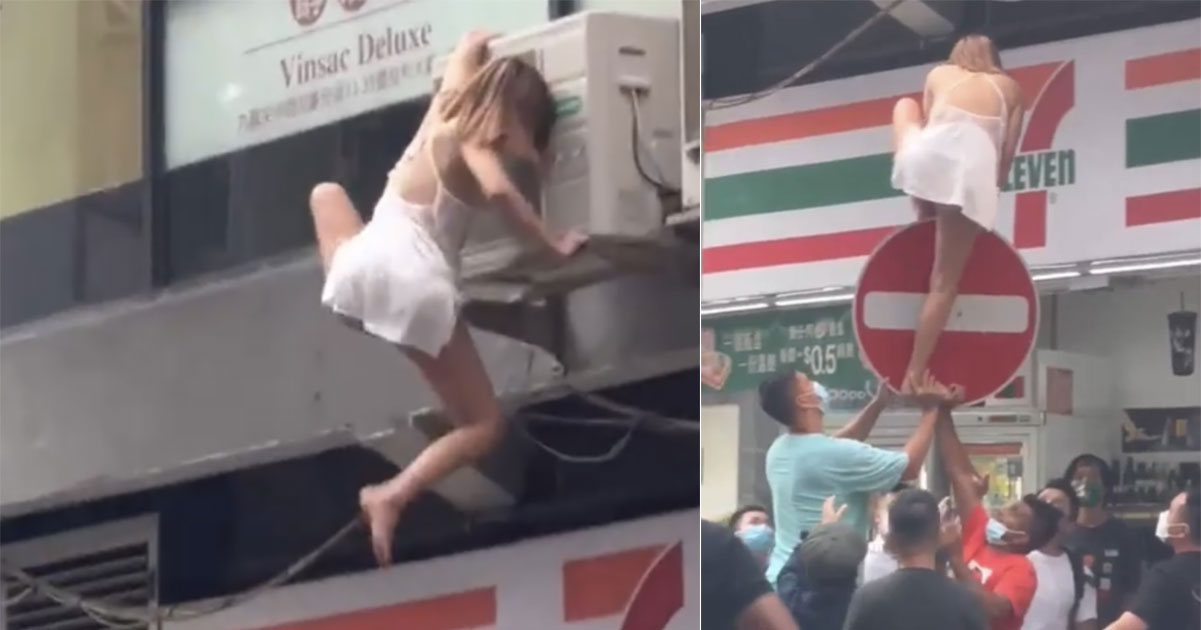 Hong Kong police carried out a raid on illegal foreign workers at Tsim Sha Tsui on Sep. 22 and one person was seen escaping by climbing down the side of a high-rise building onto the street level.

The death-defying stunt was pulled off successfully with help rendered by passers-by.

A video of what transpired has since been circulated widely on the internet.

However, it later transpired that the “woman” who was seen escaping was in fact a man who held a Thai passport, and was allegedly involved in vice activities.

According to HK01, the raid in broad daylight occurred at 4pm.

As seen in the video, the person climbing the exterior of the building appeared to be a blonde-haired woman wearing a white camisole.

He was climbing down from the second storey as reported by HK01.

But the videos circulated online showed he was perched almost as high as the third floor.

To get down to the ground floor, he had to use water pipes, shop signages, and air conditioning compressors on the building’s exterior as handholds and footholds.

While making his way down, the people on the street shouted at him to be careful.

He eventually climbed onto a street sign on the ground floor and was helped off by passers-by.

However, the man was eventually arrested by the police.

His identity was later traced as his profile was published on a page that advertised sexual services.

The police confirmed the “woman” is a 30-year-old man who holds a Thai passport.

He has since been arrested for violating the conditions of his stay in Hong Kong and was taken to hospital after sustaining superficial injuries.

The police arrested 14 men and 18 women in total.

Out of those arrested, seven were key members from Hong Kong.

The other eight men and 17 women are suspected of illegal entry or violating the conditions of their stay.

One woman was from mainland China and the other 24 persons are from Thailand.

CAIRO: Egypt will apply to host the Summer Olympic Games in 2036, the Egyptian youth…