Local celebrities Pornsak, Shane Pow and Kang Cheng Xi were robbed on Mar. 9 while they were in the U.S.

The trio shared Instagram Stories of their car with its windows smashed. 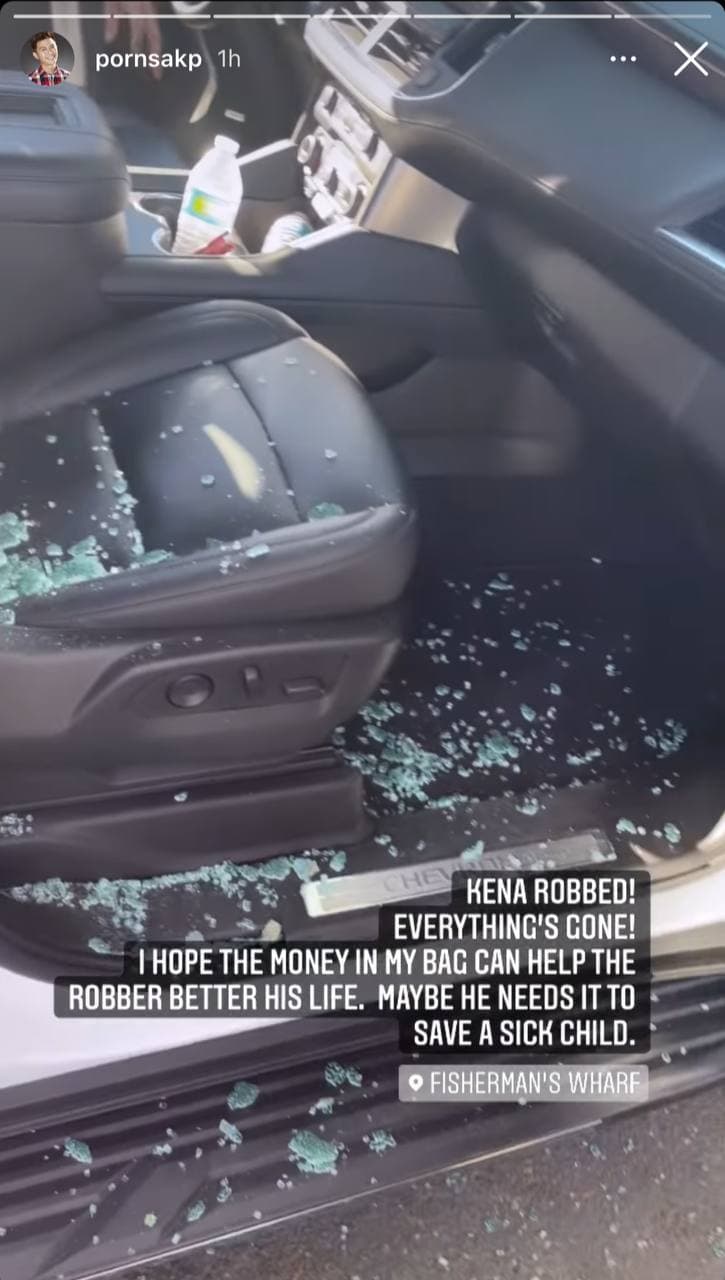 The incident took place at Fisherman’s Wharf, a neighbourhood in San Francisco, California.

According to the celebs, all their valuables were taken away, including passports, laptops, iPads, wallets and phones.

Pornsak added in his Instagram Story that he hopes the money in his bag “can help the robber better his life.”

“Maybe he needs it to save a sick child,” he said.

In the U.S. for work

In early February, the three of them flew to New York for Mdada’s live stream sales with brands like DKNY and Michael Kors.

Pornsak is the CEO of the e-commerce platform, while Pow and Kang are hosts.

Just a day before the unfortunate incident, Pornsak posted on his Instagram page that they were on a road trip towards the city of Sausalito in California.