Putin could be charged with war crimes, UK warns 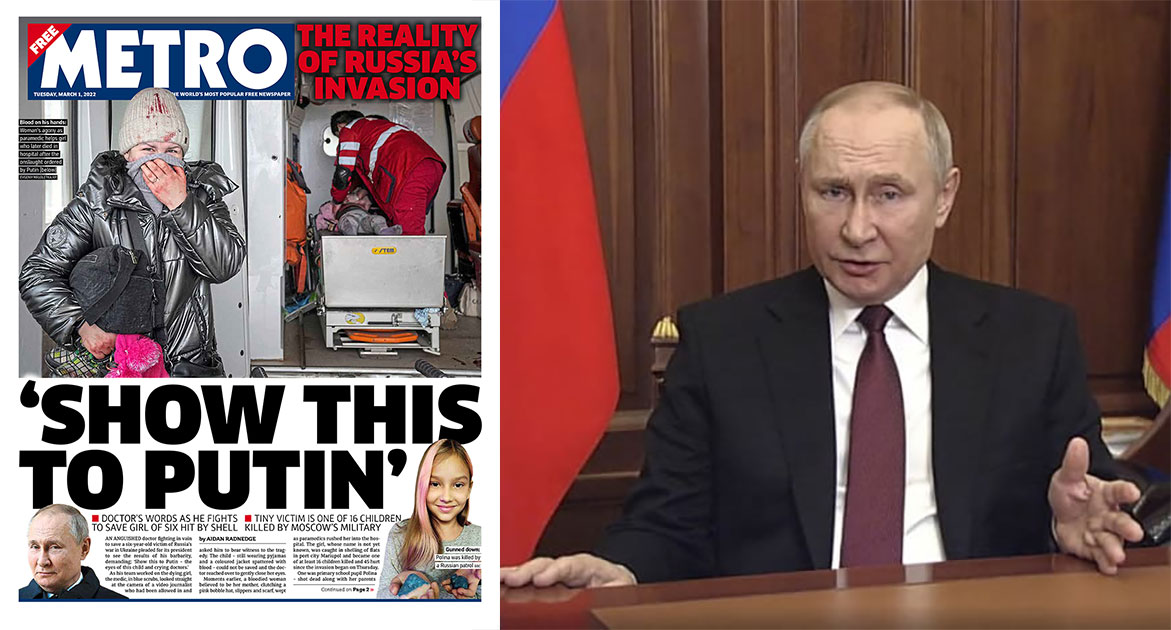 The warning came from the UK government on March 1 after indiscriminate shelling hit the city of Kharkiv and destroyed a school and, according to its mayor, killed at least 11 civilians.

Photographs of at least one young girl killed by Russian attacks in Ukraine have been published in British media.

A doctor who tried to save one of them said: “Show this to Putin”.

The International Criminal Court in The Hague said on Feb. 28 that it was investigating after finding a “reasonable basis” to suspect alleged war crimes and crimes against humanity in Ukraine since Russia seized the Crimea peninsula in 2014, The Guardian reported.

Justice Secretary Dominic Raab, a former war crimes prosecutor, said on BBC television that for Putin, Russian generals and soldiers, “there’s a very real risk that they’ll end up in the dock of a court in The Hague”.

He added: “If and when the ICC decides to take action, I’m sure the UK and allies will want to support them practically, logistically.”

Amnesty International said Russian cluster bombs hit a preschool in northeastern Ukraine on Friday, Feb. 25 that was being used to shelter civilians, killing three people including a child.

Amnesty chief Agnes Callamard denounced the attack in the town of Okhtyrka as “stomach-turning” and that the attack “should be investigated as a war crime”.

AL WAKRAH, Qatar: Australia may lack the attacking pedigree of their last side to reach…