Rebecca Lim: fiancé coping well with sudden limelight, cooler about engagement announcement than she was 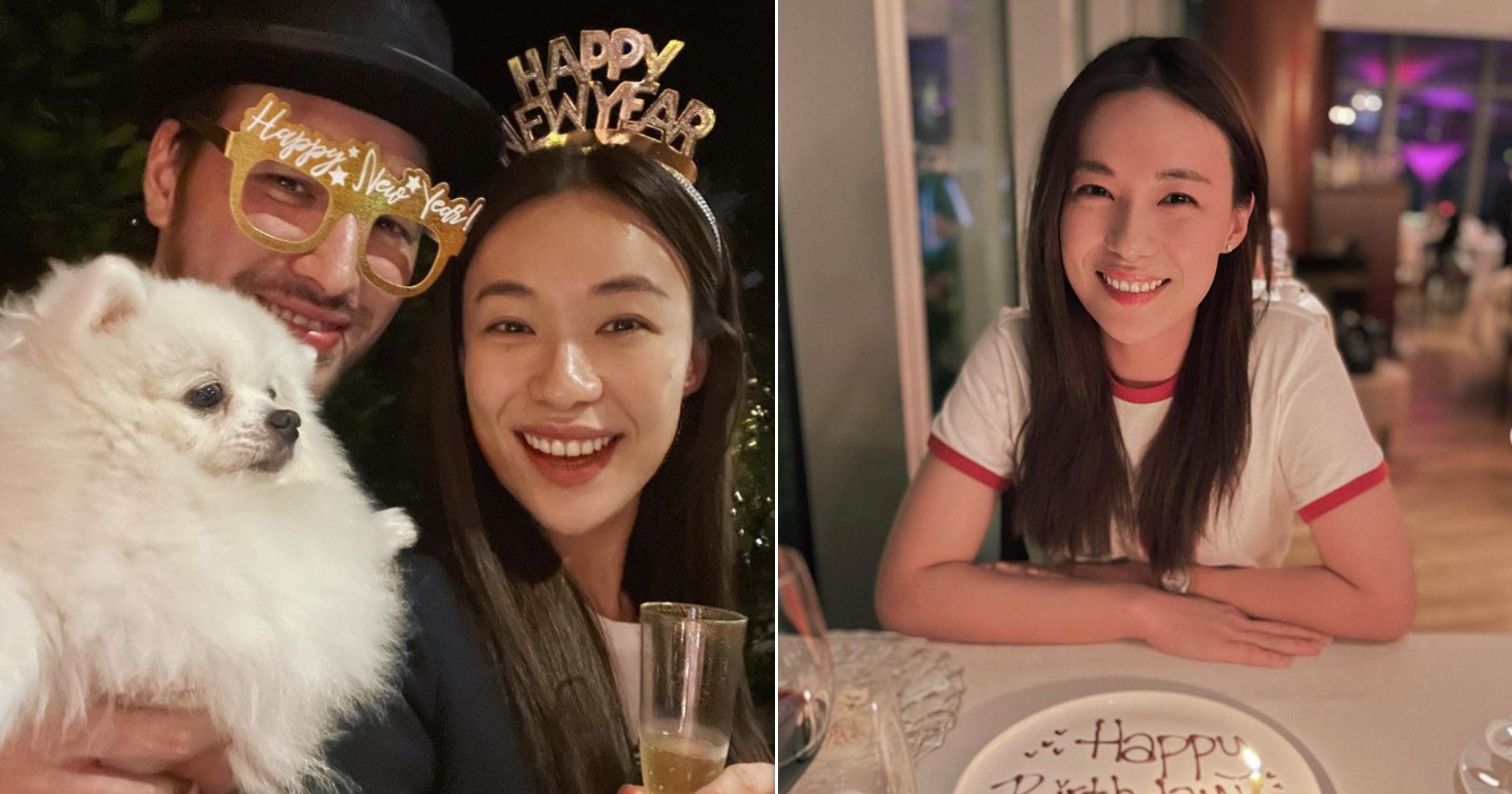 Rebecca Lim has been nominated for her tenth Top 10 Most Popular Female Artistes award at the upcoming Star Awards 2022 on Apr. 24.

It’s a slew of good news for the 35-year-old actress, who had also announced her engagement to one Matthew Webster, 35, last November.

Thrust into the limelight

However, we likely won’t be seeing Webster on the televised broadcast of the awards show this year.

Speaking to Mothership, Lim said she doesn’t think that anyone, besides the artistes themselves, will be present due to Covid-19 restrictions.

Furthermore, she doubts Webster would be comfortable “in a setting like that”.

Nonetheless, her significant other has been very supportive, she said, noticing that he had just voted for her the day before our interview, to which she expressed her approval: “Good.”

Despite being abruptly thrusted into the limelight due to his recent engagement to a local celebrity, Lim’s beau “was actually very cool” about it.

In fact, Lim disclosed that he was cooler than her when they first announced the engagement, which she found to be “very nerve-wracking.”

She explained that felt more overwhelmed than he was as there has been so much well-wishes from everybody, which she was very touched by.

Despite her initial worry for Webster over the sudden media exposure, she observed that “he’s been handling it very well.”

Lim shared that she hopes to hold the wedding this year, which she described as an outcome that will be “very ideal”.

However, prevailing Covid-19 restrictions make it difficult to accommodate Lim’s huge family and very close family friends that add up to slightly over 100.

The couple is still taking it one step at a time where the wedding plans are concerned, Lim said, adding that they are still deciding if they would want to go ahead with a small wedding with just family or wait for restrictions to further ease up.

The bride-to-be admitted that she is leaning towards a larger wedding, which is not “feasible”  because current restrictions permit her to invite only about 20 friends and colleagues, which means potentially excluding many of them.

“It is a huge day and I want a lot of people who have been a huge part of my life to be part of this day, as well,” Lim explained.

A destination wedding is not on the cards for Lim.

“My grandmother will not be able to travel,” she elaborated, adding that it is even less possible for her to travel now that Lim is 35, going on 36.

This is mainly why she has not thought of a destination wedding, Lim said, “because she [her grandmother] has to be there.”

However, this does not mean that Lim is immune to the wanderlust that has been exacerbated by Covid-19.

She revealed that the couple is “looking forward to a nice honeymoon” but the ideas keep changing every time they discuss it.

“Some days we yearn for a beach honeymoon. Some days we want something quiet, something with nature. It’s always changing but everything seems like a dream right now.”

Specific countries that have been brought up in their discussions include Maldives, Switzerland, Europe, and perhaps even the U.S., which she has not visited.

Lim is among the 20 nominees vying for the Top 10 Most Popular Female Artistes awards for Star Awards 2022.

She has won the award consecutively for the past nine times since she was nominated for the first time in 2012 to the most recent 2021 Star Awards.

For context, artistes who have received the Top 10 Most Popular Male/Female Artistes award ten times will no longer be eligible for it, as it culminates in an All-Time Favourite Artiste award.

This means that if Lim bags the win again this year, she will be “graduating” from the Top 10—a milestone that she has a lot of “mixed feelings” about, including excitement, nervousness, and extreme happiness.

While the actress was driving to dinner after the virtual press conference on Mar. 9, it dawned upon her that it’s been 10 years, and how so many things have happened in her career as well as personal life.

She acknowledged that a popularity award like Top 10 requires “huge support from everybody” and expressed her gratitude for it.

“Even before I got nominated for Top 20, there were already people who believed in me when I didn’t believe in myself … I’m extremely grateful to be where I am, I would never in my wildest dreams imagined that I will be where I am today.”

According to Mediacorp, 70 per cent of the Top 10 Most Popular Male/Female Artistes’ final results will be determined by a public vote that is open until 8pm on Apr. 24, 2022, while a popularity survey results contribute to the remaining 30 per cent.

Star Awards 2022 may not be her first rodeo but the seasoned actress still gets the jitters every year.

“I’ve been through nine years, I’m still not cool [about it]. I’m still nervous and excited and scared at the same time.”

Two packets of instant mee with an egg

Besides her family, team, and managers, Lim hopes to celebrate her final Top 10 award win with her “two very close girlfriends” whom she has known since she was seven.

Both of them were present at Lim’s very first Star Awards in 2012 to witness her winning the first Top 10.

In addition, Lim shared her supper tradition after she returns from the Star Awards every year.

“Two packets of instant mee,” she said with a laugh, “With an egg … sometimes with champagne.”

Lim clarified that while the artistes have access to food and drinks at the awards show, they are sometimes busy with interviews and behind-the-scenes matters.

“And, certain years, your dress is so tight! So you’re really hungry by the time the show is over and you’re always in a relaxed mood.”