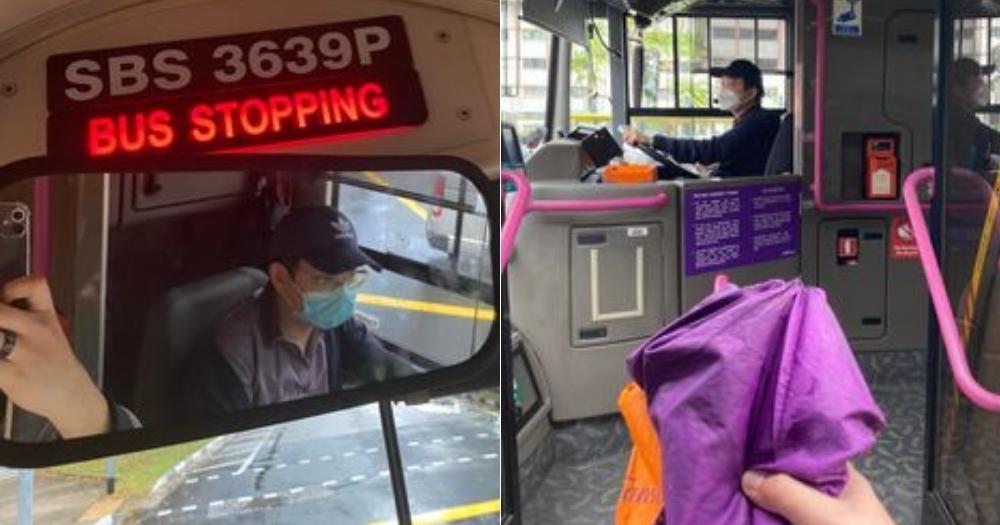 A SBS Transit bus captain gave away his personal umbrella so that a passenger who was on his bus would not be caught in the rain.

The passenger, Jarren Low, told Mothership that the incident happened on Feb. 25.

From the get-go, the bus captain was very pleasant.

Low said he boarded service 168 from Woodlands Interchange at 7:45am, and asked the bus captain if the bus service would go to Tampines West MRT station.

In response, the bus captain offered to give Low a reminder when the bus reached Tampines West MRT station.

Before Low alighted the bus, the bus captain beckoned for him to go over.

The bus captain then passed Low his personal umbrella.

Low said the bus captain then told him to shelter himself with the umbrella so that he will not get caught in the rain while making his way to the MRT station, which was across the street.

The bus captain added that Low did not need to return the umbrella to him.

Low said the bus captain’s kindness and thoughtfulness saved him from getting drenched in the rain.

Low commended the bus captain for his “excellent service” and added that he would often tell students to have a nice day and wish them all the best in school.

Low told Mothership he waited at Woodlands Interchange to return the bus captain’s umbrella and to thank him personally.

He also wrote in to SBS Transit to compliment the bus captain’s services.

Unrelated stories you should check out