Like many young children in the past, a bright-eyed little Nathaniel Phua harboured a love for tiny critters.

Spiders, in particular, were his favourite, and he would often partake in the past-time of catching an appropriate jumping spider to pit against a friend’s.

Somehow somewhere, he lost this interest in these critters as he grew up. Fast forward a few decades, Phua subsequently went on with life, holding various marketing-related roles in the fashion and oil and gas industries.

That is, until things came full circle.

Phua, now 31, is the CEO and founder of Ento Industries.

Ento Industries is a social enterprise started in June 2020 which aims to tackle the issue of food waste in Singapore.

Their secret weapon? An army of flies.

“So much food waste”

Before we get into the nitty gritty and creepy crawly details, you might be wondering why Phua would switch from a desk job to one in a, you could say, less-than sanitary industry.

He previously shared that he joined the ranks of the waste management force over five years ago, when the health of his father-in-law, the owner of Tiong Lam Supplies, starting deteriorating.

Stepping into the trenches as an operations manager gave Phua an unexpected glimpse into the massive amounts of food waste generated here.

This newfound insight pushed him to venture on his own in search of new methods to deal with the rising piles of food waste, and as a self-professed foodie, he can’t stand the sight of precious foods going into the trash either.

“It was something I wanted to do, I needed to do. I’m a foodie, so by extension I would hate food waste.”

After much research, he eventually came across the black soldier fly.

While these small insects might seem innocuous, they’re able to churn through a surprising amount of waste.

What’s more, absolutely zero waste is generated during this process.

1kg of black soldier fly larvae is able to consume over 20 tonnes, or 20,000kg, of waste. The larvae can be harvested as high-value animal feed which can be sold to fish farms.

The insect frass, or poop, the larvae produce also serve as nutrient-rich fertiliser that can be used for vegetable farming and gardening.

Furthermore, the black soldier flies are highly versatile, able to deal with any type of organic matter, in particular those that decompose quickly and attracts pests, something which current waste management companies struggle with.

With the fact that they take minimal space, the insects are hence the perfect end-to-end and cost-efficient solution, plugging a gap in the industry.

Additionally, Phua was fascinated by the bugs, and they effectively reignited his interest in insects — and thus Ento Industries was born.

Many lives in your hands

Actually running Ento Industries, however, took some getting used to.

Phua shared that it was his first time working with anything live, “other than people” and unlike the simple act of pressing buttons on a machine or technology, handling tons of larvae required some finesse and delicacy.

“Essentially you’re dealing with, you know, huge, huge numbers of larvae and all these lives are really in your hands.”

One wrong step or careless mistake would be costly.

“That is the business you know. If anything were to go wrong, this entire stock [of black soldier flies] is wiped out, there goes everything.”

Phua and his team thus had to become attuned to certain signs to make sure the valourisation process is going smoothly.

He even likened looking out for these signs from the larvae to reading people.

“They’re similar to like people, where if I don’t like what I’m doing, if I don’t like the kind of food I’m eating, I will do something to get out of it. These are the kinds of signs that we had to recognise, we had to understand and find corrections for it.”

The next big hurdle Phua faced in building up Ento Industries was raising awareness of the business.

Phua himself might not find the insects squeamish, but others might balk merely upon hearing the veritable army of it that Ento Industries uses.

As using black soldier flies was such a novel concept, finding partners to come onboard was a struggle, and the company’s funding was limited as well.

“We knew we had this very limited runway to actually move things forward,” Phua said.

It thus came as a huge relief for Phua when DBS offered its support in the form of a “substantial” grant.

Ento Industries was an awardee of the 2020 DBS Foundation Social Enterprise Grant and the funds were channeled towards commercialising the rearing process of the black soldier flies, and accelerating R&D around the larvae’s growth.

It also gave Ento Industries the fuel it needed to expand the business and begin collecting larger volumes of waste from F&B partners.

“With DBS in the picture, with the publicity they’ve given us, I think it really helped when we went down to partners, went down to customers and actually explained our business, explain our brand, what we’re doing here. It gave them more confidence, [make them] want to work with us as well.”

Ento Industries has experimented with 50 to 60 different streams of food waste thus far.

Interestingly, the largest waste streams that the company processes isn’t food waste from restaurants and the like, but waste from soybean and beer production.

Moving forward, Phua shares that Ento Industries will continue its endeavour to reduce food waste and save it from incineration.

The company has plans to continue expanding its local facilities, and is also in talks to plant roots overseas, especially in cities where land and manpower costs are high and will benefit from such a system.

Additionally, Ento Industries will continue its outreach efforts to educate Singaporeans on the issue of food waste.

In the two years since Phua started Ento, the business has impacted his lifestyle for the better as well.

Phua shared that previously he might have been conscious of not wasting food to a certain extent, such as not over-ordering during meals.

Now however, this consciousness is something that has become ingrained in his daily habits.

His family as well, have become more than used to Phua’s unconventional profession.

Whenever he returns home with a lone black soldier fly clinging onto his clothes, his family will simply point out “Eh, you’ve a hitchhiker”, pick it off him and release it out the window.

When asked if this job was something he ever expected, Phua said that despite being fond of insects, he had never pictured himself working with millions of them buzzing around.

Nevertheless, he has wholeheartedly, and with much passion, accepted this as his calling.

“I mean, that was then and now I think I really couldn’t be more comfortable working with them.”

This article was made possible with the support of DBS Bank.

Through this partnership, we hope to inspire more people to take small but important steps towards a sustainable lifestyle, and raise awareness of purpose-driven businesses and individuals that are leading the way in driving positive change. 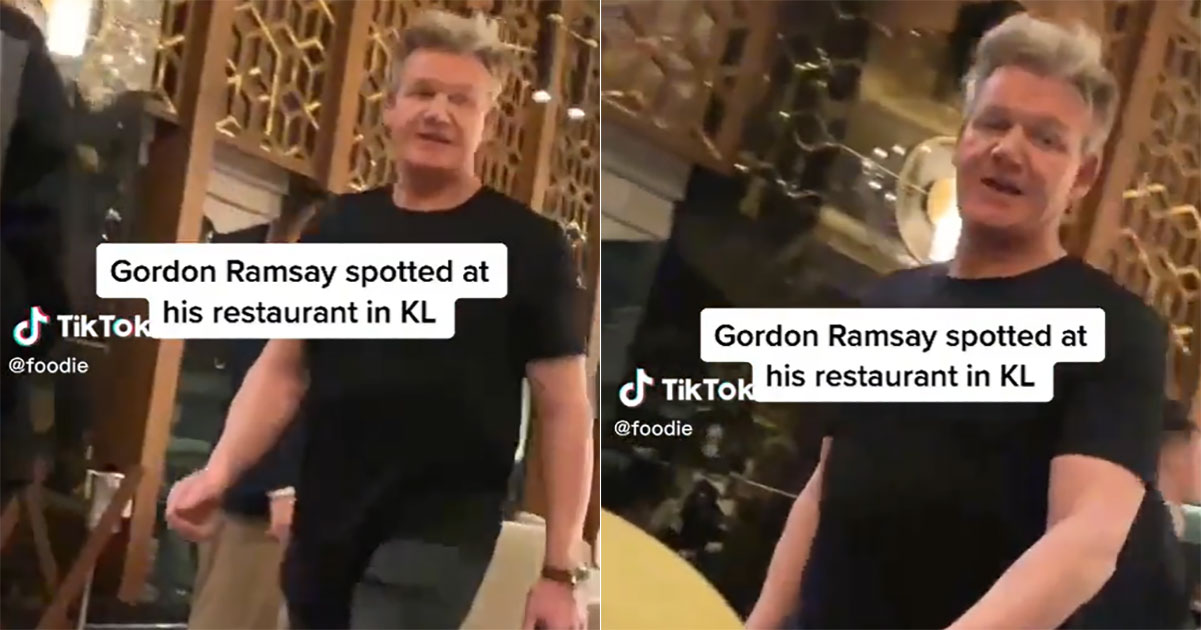