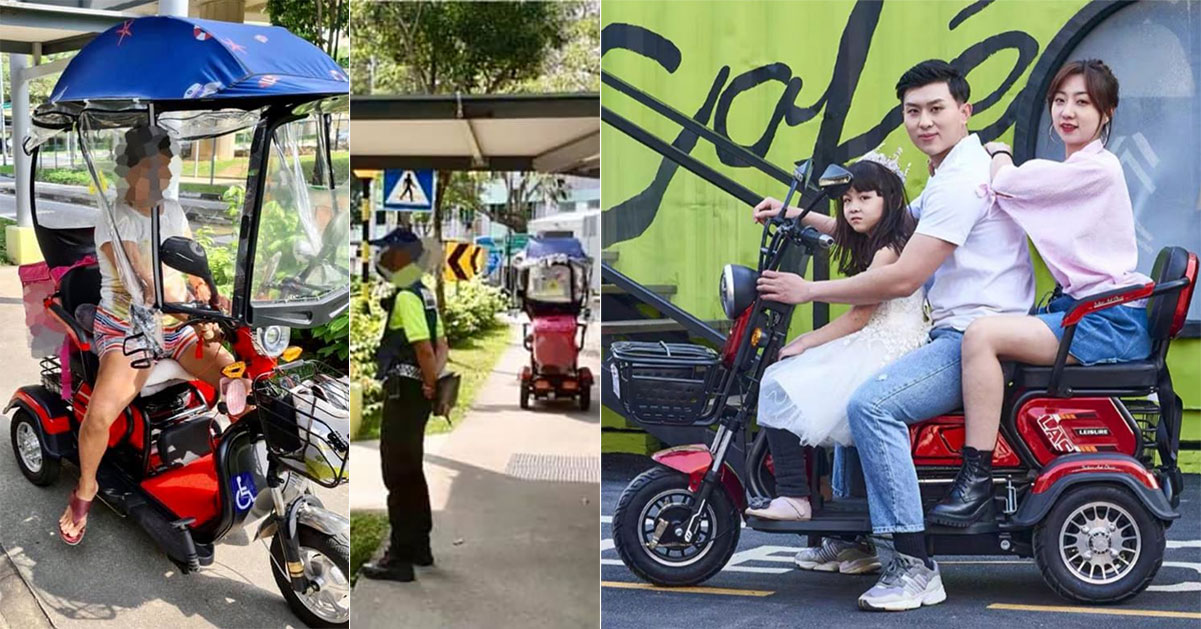 The authorities in Singapore are scrutinising an emerging issue of people who use personal mobility aids (PMA) when, in fact, they do not have to, The Straits Times reported.

This was following complaints from residents concerned that such devices are being abused by those without mobility issues.

As early as January 2021, the Land Transport Authority had already caught at least one person using a modified PMA for food delivery by riding it on the footpath for pedestrians.

Besides this issue, the Active Mobility Advisory Panel (AMAP) is also studying if there is a need for new rules to govern the increasingly popular cargo bikes and recumbent bikes seen being used in Singapore.

AMAP recommends measures to keep footpaths and cycling paths safe to use.

Senior Parliamentary Secretary for Transport and AMAP chairman Baey Yam Keng said live on air on March 15 with SPH Media radio station One FM 91.3 that the panel is working to stay ahead of the curve when it comes to emerging trends that have yet to become a problem.

Baey said he has received “a lot of complaints from residents” regarding PMAs, adding that he was told these devices are “becoming like a pseudo-motorcycle without COE”.

COE stands for certificate of entitlement, which motorists who own their vehicles for use on the roads have to pay for.

“There could be a possibility that people are abusing it,” he said, in reference to PMAs being used by able-bodied people on pedestrian footpaths.

Leeway given to PMAs and electric wheelchairs

“We decided to go ahead before it becomes a problem and look at these different types of newer forms of mobility devices,” Baey said, “whether there is a need to look at the rules now or to review the rules.”

PMAs and electric wheelchairs are devices that were not included in the personal mobility device ban on footpaths in 2020.

They are regularly used by those with medical issues and need assistance with mobility.

How restrictive should new rules be?

The panel is also in discussions about coming up with more rules to restrict who can use PMAs.

How restrictive new rules should be is still up in the air though.

Baey highlighted the extent of restrictions by asking if a PMA user needs to get a doctor’s certificate to certify the person as disabled or has a mobility issue, for example.

Use of cargo bikes and recumbent bikes looked into

The use of cargo bikes and recumbent bikes in Singapore is also being preliminarily looked into.

Cargo bikes are relatively larger bikes that can store more things, while recumbent bikes allow the rider to cycle in a laid-back position.

Although not as widespread as PMAs, both of these bikes are spotted being used in Singapore

Both cargo and recumbent bikes can be motorised and travel at faster speeds.

Baey took over Minister of State for Home Affairs Muhammad Faishal Ibrahim as AMAP chairman in 2022.

Faishal oversaw a rise in people who use active mobility devices, including bicycles, in the last six years.

However, because details are shrouded in mystery, they can be hard to camp for. With…