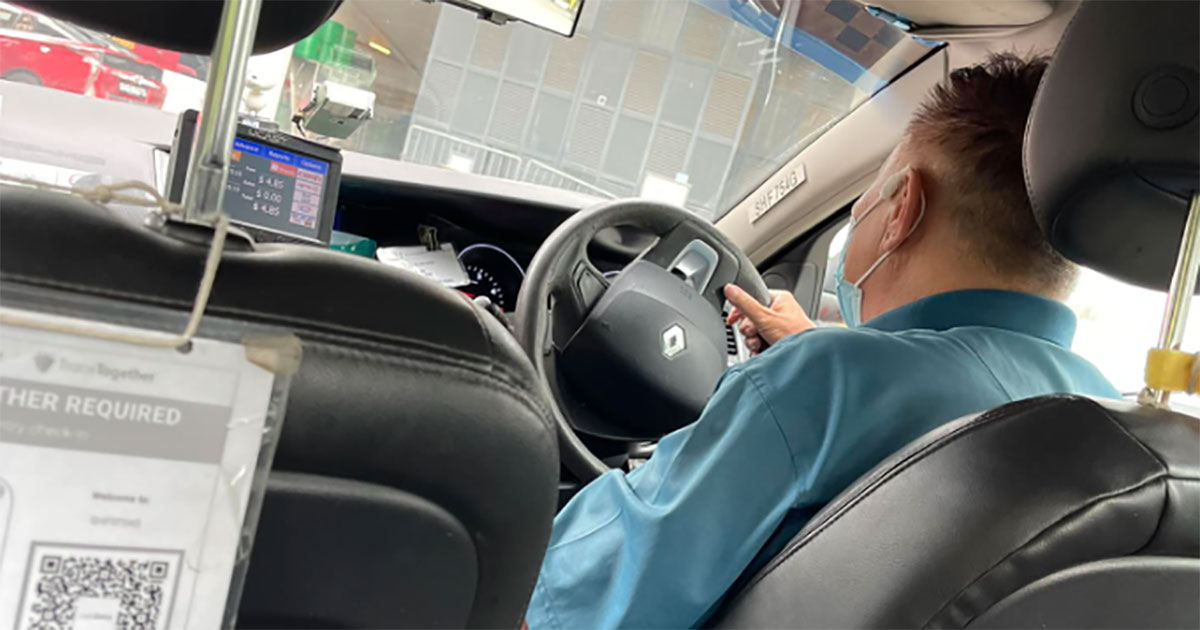 An elderly taxi driver in Singapore has been praised by a passenger for being super generous after he offered not to start his cab’s meter as the vehicle was stuck in traffic in Orchard.

His offer to absorb the cost even though he did not have to, moved the woman to tears, who then took to Facebook to give thanks to the driver.

According to the post, the passenger had boarded the taxi at ION Orchard during peak period and traffic was apparently not smooth-flowing at that time.

Instead of starting the metered journey as soon as the passenger boarded the vehicle, the taxi driver had said that “this road is a nightmare during this hour” and that he will stop the meter until the cab can start moving.

According to woman, the driver also said, “Uncle comes from poor family, money is not easy to make, so don’t worry, if I can help, I help.”

“I choked up,” the passenger added.

To give the taxi driver recognition for being so kind, the woman identified him by name and even put up his vehicle licence plate.

Asked about his life

He told her he was 70 years old and had to drop out of school after his father died.

The taxi driver told her he was 10 years old at that time when he lost one parent, and he took it upon himself to look after the family on behalf of his mother “as it was his duty,” the passenger wrote.

There was “no time for anxiety” or to “worry or try to follow his passion”, he told her.

The woman also said the taxi driver told her he used to work as a coolie by carrying rice on his back at Clarke Quay and was paid 20 cents for each bag.

The passenger wrote that she tipped him upon reaching her destination, but not because she felt sorry for him.

She said that the “kindness and lessons he shared with me” were “invaluable”, and he made up for her “shitty morning”.

Reactions to the post praised both the taxi driver and passenger for doing right by each other.

The woman ended her post by writing: “And that my friend is human connection.”