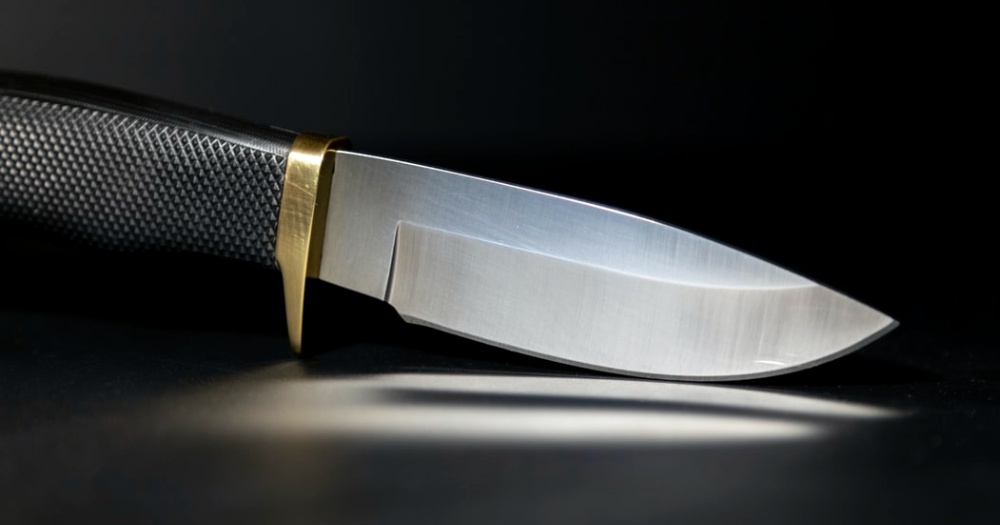 A 40-year-old Singaporean woman pleaded guilty on Monday (Nov. 28) to voluntarily causing hurt by stabbing her 15-year-old daughter’s thigh to stop her from going out.

According to court documents seen by Mothership, the woman, who cannot be named due to a gag order to protect the victim’s identity, was upset with the victim for going out so frequently.

She stabbed the victim in her right thigh so that she would not be able to go out.

The incident happened at their home sometime after midnight on June 20, 2022.

The woman had been drinking alcohol prior to committing the offence.

Asked her older daughter if she should kill the victim

As the victim was preparing to go to bed, the woman came into her room and began scolding her.

She then called her older daughter, who is 21 years old, to the room and asked if she (the woman) should kill the victim.

The older sister did not react as she was afraid that her mother might turn her anger on her.

The woman then went to the kitchen to take a knife before returning to the room.

At about 1:37am, the woman asked again if she should kill the victim.

She subsequently stabbed the victim in the right thigh, causing her to bleed.

The victim also sustained a cut on her right arm as she was trying to stop her mother.

Told victim to clean up the blood

The victim tied a shirt around her thigh to stop the bleeding.

Upon seeing what had happened, the woman told the victim to clean up the blood on the floor.

Scared of what else her mother might do to her, the victim, who was still bleeding from her injury, hobbled to her older sister’s room for safety.

When the woman returned to the victim’s room and saw that the blood was still there, she got angry and blamed the victim for the mess.

Scared of further angering her mother, the victim went back to her room and started cleaning up.

Blood trails were also left on the floor around the house as she hobbled about.

Hit the victim with metal ladle

While the victim and her sister were cleaning up the blood in the living room, the woman resumed her shouting at the victim and also hurled vulgarities at her.

She also wielded a metal ladle at the victim while threatening to take a knife and cut the victim.

Despite the victim’s cries and apologies, the woman continued shouting and used the ladle to hit the victim’s body.

Court documents stated that she used so much force that the scoop of the ladle was bent out of shape.

She then bent the ladle back into shape and resumed hitting the victim, ignoring her cries to stop.

Instead, the woman reportedly mocked her daughter’s pain.

At about 1:46am, police officers arrived at the house after an unidentified person made a noise complaint.

When alerted, the woman temporarily stopped abusing the victim. The victim was quickly told to stay in the toilet, out of sight from the main door.

The woman then attended to the police officers and denied that there had been any dispute. She claimed that she was just talking loudly with her older daughter.

Her older daughter told the police that everything was alright. She did not find what had happened to the victim particularly serious as she and the victim often got beaten by their mother.

Hit the victim with electric fan and floorball sticks

The police officers left soon after, and the woman continued scolding and shouting at the victim.

She also used a small electric fan and the victim’s two floorball sticks to hit her.

She hit the victim with the fan at least five times, only stopping when it broke, court documents stated.

The woman then told her older daughter to attend to the victim’s wounds. However, she was unable to stop the bleeding.

Court documents did not detail what happened next, but at 3:22am, the woman called the police and admitted she had stabbed the victim.

The knife, metal ladle and floorball sticks were seized as case exhibits. The incident was also captured on the CCTV installed in the house’s living room.

The victim was conveyed to KK Women’s and Children’s Hospital (KKH) for medical treatment for her injuries.

She suffered deep laceration to her right thigh, as well as lacerations to her forearms.

On July 1, 2022, the victim was transferred to St Andrew’s Community Hospital (SACH) as a temporary residence of safety, while awaiting definitive placement by the Child Protection Services (CPS).

She was discharged from SACH on Jul. 15 under the escort of CPS, into the care of her maternal aunt.

US four-star general warns of war with China in 2025