Sugar glider ends up in S’pore man’s house, NParks picks it up 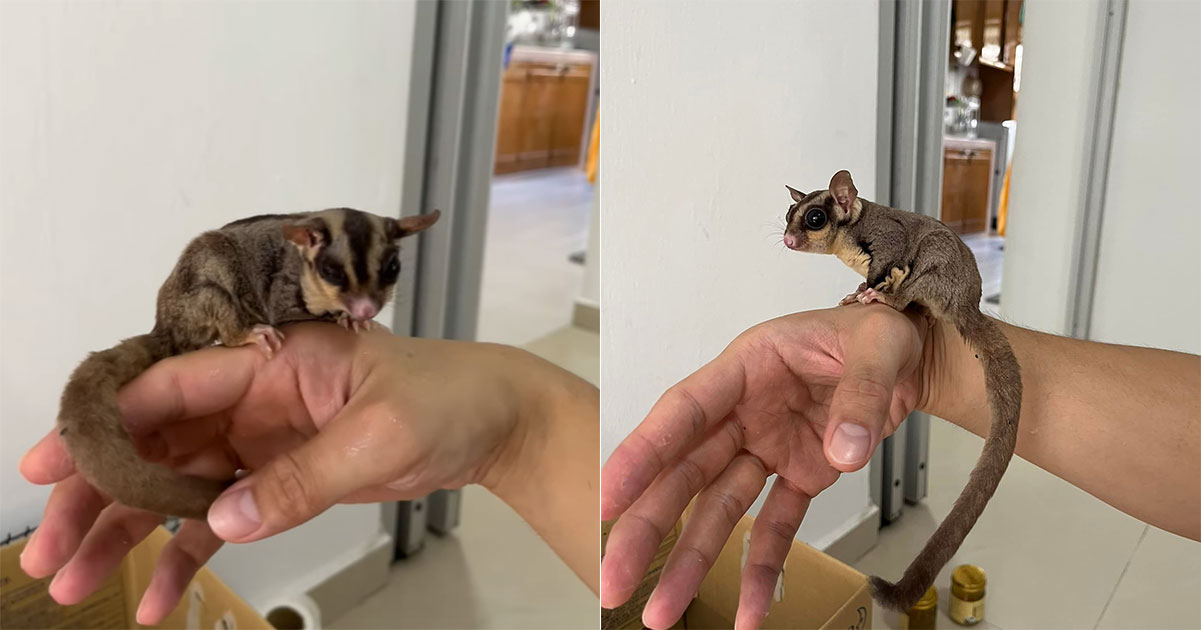 A fluffy, tiny sugar glider, a marsupial, ended up inside a man’s home in Singapore.

It subsequently made itself comfortable on his arm.

The man shared about his find in the Singapore Wildlife Sightings Facebook group.

In a subsequent update, the man said the sugar glider was picked up by the National Parks Board.

Based on the photos and video, the sugar glider is believed to have been abandoned or it could have escaped from another household, where it was kept as a domesticated pet.

This could be seen from the way the sugar glider was not wary of human contact.

What are sugar gliders?

Sugar gliders are not native to Singapore.

They are banned here as they are at risk of being smuggled in via inhumane ways due to their small size.

They are brought in via the illegal pet trade, and are sold in Malaysia.

Sugar gliders are native to Australia and New Guinea.

As sugar gliders display a preference for nectareous foods, domesticated ones are fed yogurt.

Sugar gliders can glide up to 45m.

Their semi-prehensile tail is used to hold leaf matter and it is their ankle-to-wrist membrane that enables them to glide.

This is partly why they are considered unsuitable to be reared in a confined home environment, which posed risk to them when in flight.

Moreover, sugar gliders are social animals that can live in groups of six to 10 in one community.

This is also why they do not make good pets on their own as they should not be kept individually, a practice that is considered cruel to them.

Sugar gliders display grooming behaviour with one another.

It would show its affection by rubbing its head on another sugar glider.

Sugar gliders are also know to bark when angry.