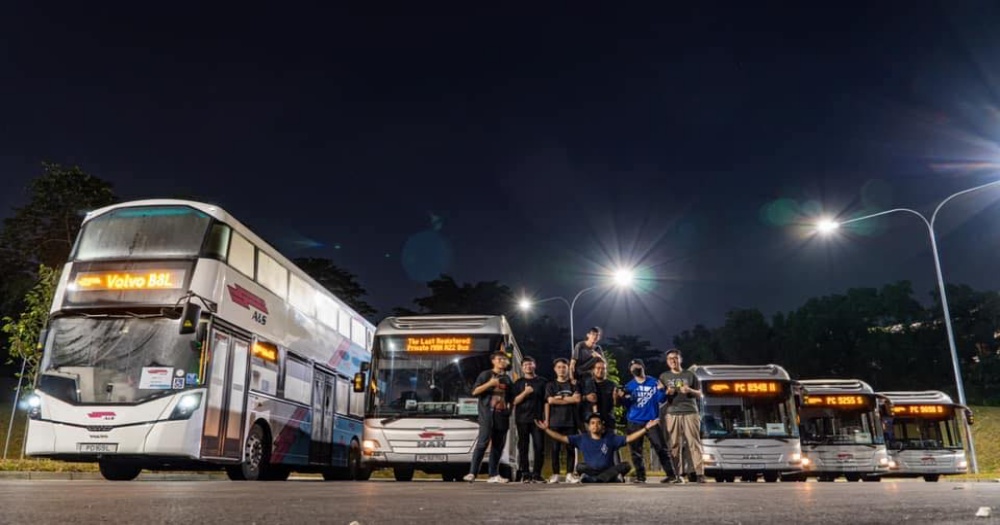 A local private bus company has a group of young bus captains aged between 21 and 25.

A member of the company put together a video on TikTok introducing these drivers in a fun and quirky manner.

Nine young members of the company were introduced in the video.

These drivers are part of the Friends of A & S Transit (F.A.S.T Community), a group of young bus enthusiasts who became bus captains.

The video starts with: “Did you know there is a bus company with a lot of bus captains under the age of 25?”

It goes on to say that A & S Transit welcomes drivers in their youth and introduces their young bus captains’ names, ages and a little about them, starting from the youngest.

For example, one of the drivers, Herman, 23, is said to be the “definition of inner peace”.

Tay himself has a TikTok page where he shares his day-to-day duties as a bus captain.

One of them, 25-year-old Nash (real name Naz), is even a fleet coordinator.

Going against the norm

The last minute of the video showed their day-to-day on the job. The clips showed them having fun together, playfully wrestling each other, and spraying each other with water at a car park.

The video mentions that while they may have some slow and mundane days, it is a job these young drivers want to do and one they enjoy.

The video also touches on the stereotype that being a bus driver means one has “no hope or future anymore”.

“There is a biased view in our country that being bus driver is something that only people of the older generation will do and that there is no future in bus driving.”

But they wish to eradicate that mindset and hope their presence on social media will help.

The group believes that the perception of bus drivers is changing, at least in the social media space. They’ve been receiving a lot of encouragement and support after posting videos on their young bus captains online.

One commenter pointed out that being a bus captain is not an easy job and has the utmost respect for them.

Many viewers thought that the video was enjoyable to watch.  One added that it was the “best commercial” for the company’s young drivers.

Another said she loved the “chaotic energy” exhibited by the bus captains in the video.

Beyond these commenters, it seems that the F.A.S.T Community already has quite a following.

Fans of the group have submitted pictures and drawings of A & S Transit’s buses on the road, which were reposted on the group’s Facebook and Instagram pages.

‘I feel very fresh’: The former gangsters in prison getting their tattoos removed for free