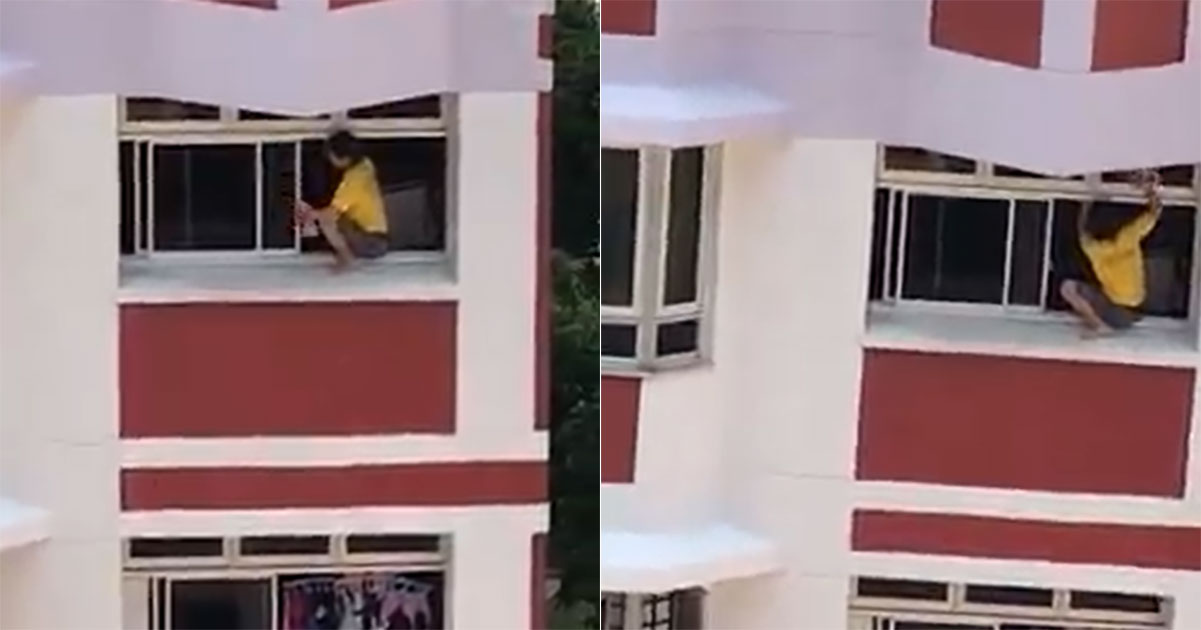 A woman was seen perched outside a HDB flat to clean the windows facing outside, according to a video uploaded to Facebook on March 15.

The half-minute video showed a woman dressed in a yellow t-shirt without a harness hanging on to the window to clean the outside of it with a cloth, while squatting on the ledge.

The incident took place at a block of flats in Tampines.

It is understood that the unit was neither close to the ground floor nor near the higher levels.

The video showed the woman shifting her position at least once, while trying to get a better grip as she did so.

At one point, she was crouched on the ledge with her back facing away from the window, which put her in the most precarious position.

Commenters were quick to unanimously call out the woman’s actions as dangerous.

Many were quick to assume the woman is a foreign domestic worker.

Those who warned against such antics were also quick to blame the employer of the woman, assuming she is a foreign domestic worker.

They also said there was no point cleaning the outside of windows as they will be dirtied or become dusty quickly, and suggested using other safer methods, in the event not cleaning it is not acceptable.