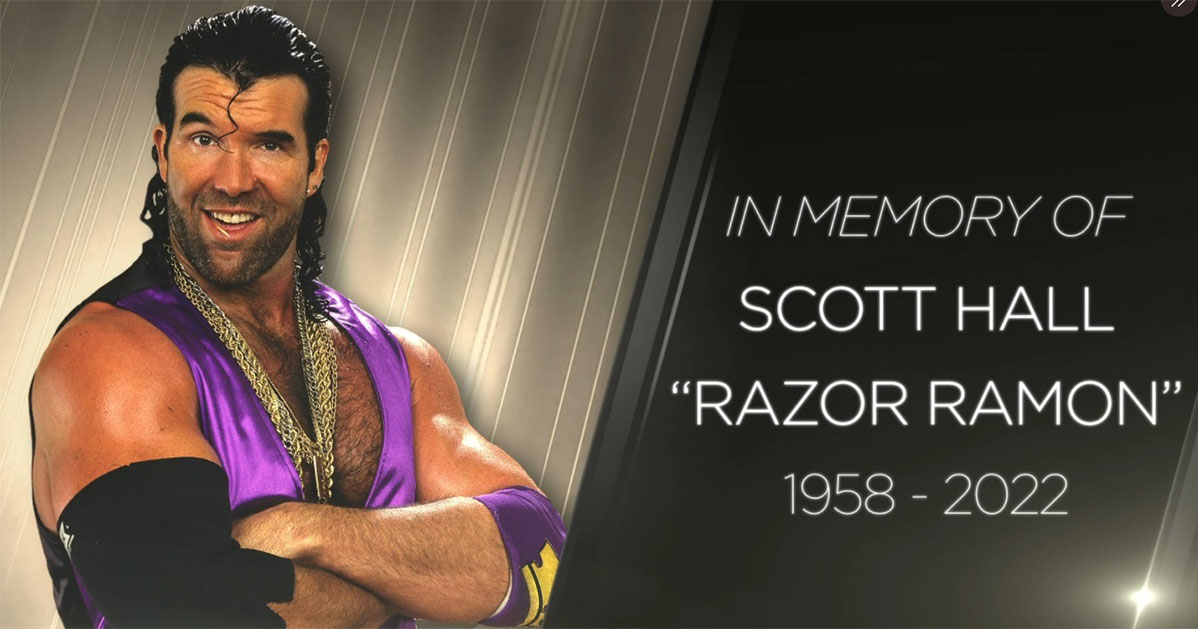 Scott Hall, also known as Razor Ramon, has died. He was 63.

WWE announced the passing of professional wrestling’s “Bad Guy” and a founding member of the New World Order faction on March 14 night.

WWE is saddened to learn that two-time WWE Hall of Famer Scott Hall has passed away.

The wrestling promotion aired a tribute video on its flagship Raw programme.

Hall was a two-time inductee into the company’s Hall of Fame — once for his Razor Ramon character and once as part of the NWO stable.

In a 2011 ESPN documentary, Hall said of his decades of substance issues: “I should have been dead 100 times.”

Some WWE stars paid tribute to his mannerisms and catchphrases on Raw.

“Scott Hall was a towering figure among his contemporaries — a legend inside and outside the ring,” WWE Hall of Famer Mick Foley tweeted.

Scott Hall was a towering figure among his contemporaries – a legend inside and outside the ring.

My deepest condolences to his friends, family and everyone who loved him.#RIPScottHall https://t.co/dDRd88DGjz

Hall started out wrestling in the 1980s and caught his big break in 1992 when he signed with the then-World Wrestling Federation as Razor Ramon, one of wrestling’s cool heels and a knockoff of characters from Scarface.

Known for chewing on a toothpick, he had matches with Bret Hart, Diesel and the 1-2-3 Kid.

He won multiple championships during his five-year run and defeated Shawn Michaels in a landmark ladder match at WrestleMania in 1994.

Rival World Championship Wrestling signed Hall, and he made a surprise entrance through the crowd on a May 27, 1996 episode of Nitro.

Hall’s initial announcement, “You know who I am. But you don’t know why I’m here,” had fans truly believing WWE had invaded WCW.

Hall was then joined by former WWE star Kevin Nash — the two would remain lifelong friends.

The “Outsiders” claimed they were sent for a hostile takeover of WCW.

In July 1996, their claims of a third man to help them lead the invasion turned out to be Hulk Hogan.

WCW went on to beat WWE in the ratings for 83 straight weeks.

Hall returned to WWE and other promotions, but drugs and alcohol and multiple trips to rehabilitation ended his career.

Hall said in response to his substance abuse troubles later on in life: “I tell my kids this, ‘I can’t tell you not to drink and do drugs, they are fun. It’s fun. They work.’”

“But what sucks is when you want to quit and you can’t, and pretty soon you alienate or you hurt everyone around you.”